What’s in a name? The case for inclusivity through anonymity 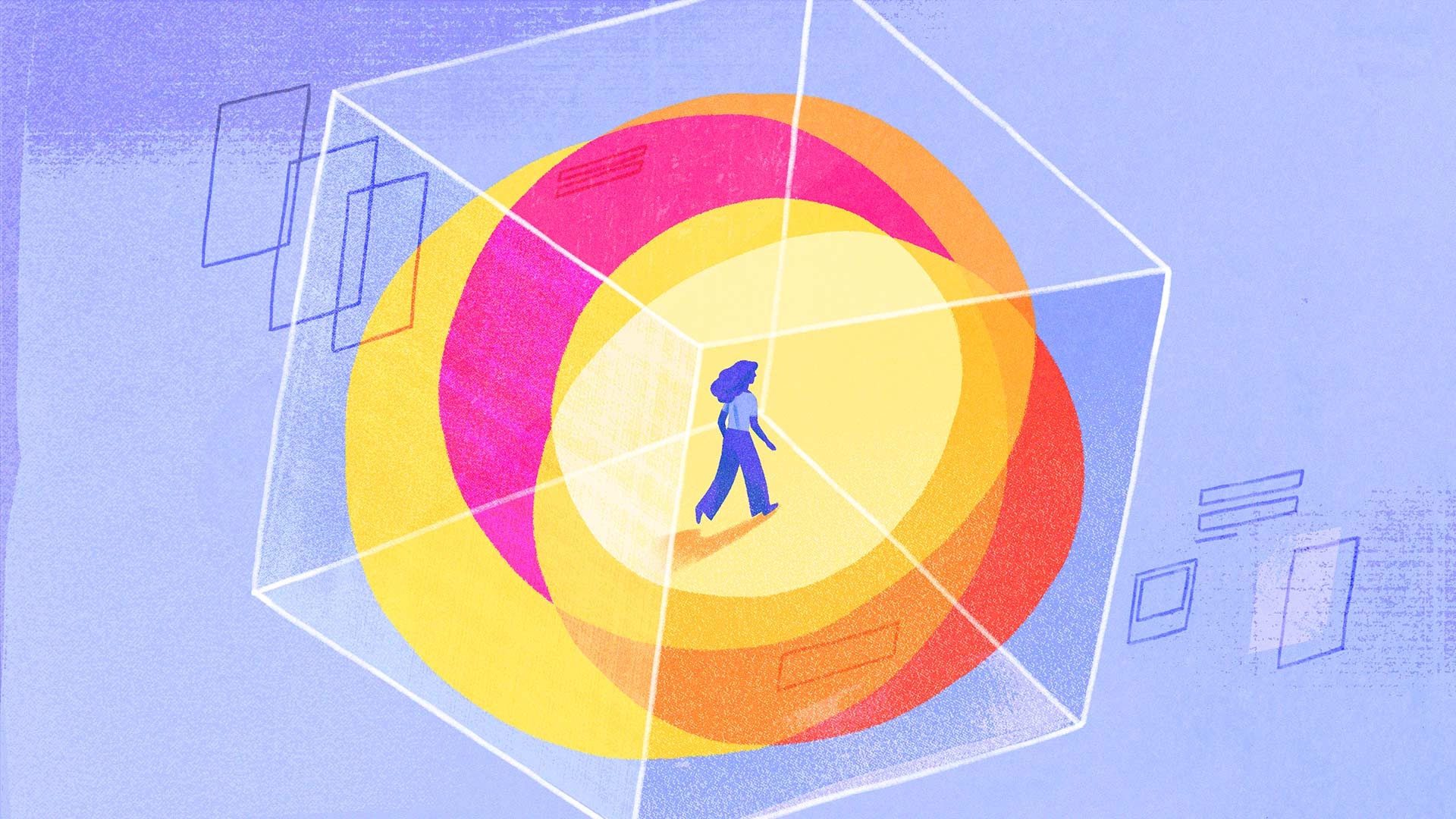 For 32-year-old Brooke, earning her doctorate degree was a moment for celebration — in real life and on her timeline, where she Tweets as @LadyBPhD. During graduation season earlier this year, she posted a photo of her newly minted diploma (2,168 Likes), a video showing off her custom-bound dissertation (66 Likes), and a selfie in her doctoral regalia, replete with its scarlet satin hood and black velvet cap (201 Likes).

But those celebratory Tweets didn’t get nearly as much attention as the 17-word message she shared on July 25, 2021.

She received almost 10,000 Likes on that Tweet and the response she followed up with, where she talked about feeling like she was in a “funk” after working so hard to achieve her degree.

Being able to express vulnerability and the messiness of real life is important to Brooke, which is why she Tweets under a pseudonym. (We are withholding her full name for privacy reasons.) This is the handle where she can be herself, including talking frankly about the challenges of job searching, without worrying about turning off a potential employer.

“I feel like if an employer were to see that they'd think, ‘She's outspoken. She's not going to follow the rules.’ Stuff like that freaks me out,” she said. “So I don't want my name out there. I want to be able to express myself and have people feel like they can express themselves.”

For Brooke, her anonymity allows her to delve into topics she wouldn’t feel comfortable talking about otherwise. Judging from the hundreds of responses she got from people who showed their support and shared their own struggles — and a few messages that could only be characterized as lecturing — her honest tone clearly struck a nerve.

“Identity on the internet is extremely complex and nuanced,” said B Astrella, director of product management at Twitter whose work focuses on helping regular folks — as opposed to brands or professional influencers — participate in the public conversation. “You can represent yourself however you want, and that's been a powerful building block of what Twitter is.”

There’s a common misconception that trust begins with knowing who a person really is, starting with knowing their real name. But trust isn’t that simple. It’s not as easy as knowing this one fact about someone — a name — that will lead you to trust them.

A recent study conducted by Twitter among its customers in the US found that people assess trust based on multiple signals, beginning with knowing the account is a genuine person and not a bot, for instance. It’s also derived from the content someone posts and how they connect with others. Sharing a personal connection with a fellow person on Twitter, even if that person is posting anonymously, can still stoke empathy.

Put simply, trust is based on what you do, not who you are. And anonymity provides space for more people to express themselves freely and safely, in ways that actually engender that sort of trust-building connection.

But it’s a double-edged sword.

“In the best case, anonymity helps people express themselves more fully. It gives them the room to express themselves particularly in places where they feel unsafe,” Astrella said, citing stories of women living in parts of the world where expressing themselves could put them at risk. “At the same time, there's the experience that a lot of folks have had on Twitter, which is anonymous accounts harassing them or being toxic in replies.”

This experience with anonymous trolls has led many to believe that requiring people to use their “real” names would reduce toxicity and encourage accountability among people on Twitter. The thinking goes, if we’re required to tell the world who we really are, we won’t misbehave.

But Astrella said academic studies and research from Twitter shows that anonymity alone does not lead to harassment. In many cases people post harassing, toxic replies under their real name, with a photo of their real face, as those who do so anonymously, he said.

“We want to get rid of harassment — it’s still against Twitter’s rules,” he said. “Toxicity is damaging to the platform and to our customers, but the pseudonymous nature isn't what creates it or encourages it.”

Twitter works to prevent spam and fake accounts from harassing customers both at the sign-up stage so they won’t be able to join, and by kicking off accounts that have been proven to cause trouble.

People can also use tools such as muting or blocking to feel more in control of their experience, said Anita Butler, Twitter’s design director who oversees health, privacy, and identity. And they should not be used sparingly.

“If somebody's being mean to you, block them,” said Butler. “A lot of users think using our safety tools is for the extreme. No, we want you to create the environment that makes you feel safe. So if that means you have to block 50 people, block them.”

In the UK, a petition requiring social media companies to verify user identification made its way to Parliament earlier this year. Started in 2020 by an English media personality whose son had been the target of online bullying, the petition gained a swell of support in July following England’s loss in the UEFA European Championship. The loss resulted in racist abuse being hurled at several players’ social media accounts.

After receiving nearly 700,000 signatures, the UK government responded to the petition saying that requiring ID verification would restrict freedom of expression. More importantly, it would disproportionately affect vulnerable groups, such as people from marginalized communities, women, transgender individuals, activists — the list goes on.

“Introducing mandatory real-name verification would drive these groups away from Twitter,” said Astrella.

Not to mention, IDs themselves are an issue. According to the World Bank, an estimated 1B people worldwide do not have an official form of identification. It is the marginalized, vulnerable, and impoverished who lack IDs, including 11% of US adults.

“Those are the voices we should be amplifying in society, not suppressing,” said Astrella.

Anonymity, besides providing safety, gives people the ability to be flexible about how they present themselves.

“There's all these interesting ways in which our online identities reflect who we are in the offline world. And all these interesting ways in which they diverge, where we can't be embodied in the same way. You are not tall or short on Twitter.” said Astrella. “At the same time, offline you can never be in a room talking to a hundred thousand people.”

As a woman in science, Brooke’s anonymity gives her the freedom to be part of multiple communities — including her Dungeons & Dragons cohort — and still be honest about the struggles of academic life.

“I feel that if you're able to be vulnerable about things, you'll be able to grow more as a person,” she said. “For me, it's important to have those kinds of conversations because I know there's other people out there who want to share that information, but sometimes they're scared or they don’t want to start the conversation because they're afraid of backlash.”

These concerns are well-precedented. Brooke has seen it firsthand from being the target of aggressive behavior online by men she doesn’t know to being mansplained to on the topic she literally holds the highest degree in.

But she’s also managed to cultivate a sense of trust and kinship on social media. She’s made friends all over the world, from South Africa to Norway, where she’s developed a community of fellow scientists.

“It's nice when you're having a bad day or you just feel really alone in your work to go on Twitter and just talk to people,” she said.

This Tweet is unavailable
This Tweet is unavailable.
Tweet Twitter logo icon
Tags:
Link copied successfully
More from Stories
Some Tweets just aren’t for everybody—and that’s OK
By on Thursday, 1 September 2022
How Twitter is nudging users to have healthier conversations
By on Wednesday, 1 June 2022
Twitter’s new reporting process centers on a human-first design
By on Tuesday, 7 December 2021
Your Tweets, your tools: Curating the experience that’s right for you
By on Thursday, 18 November 2021
See what's happening