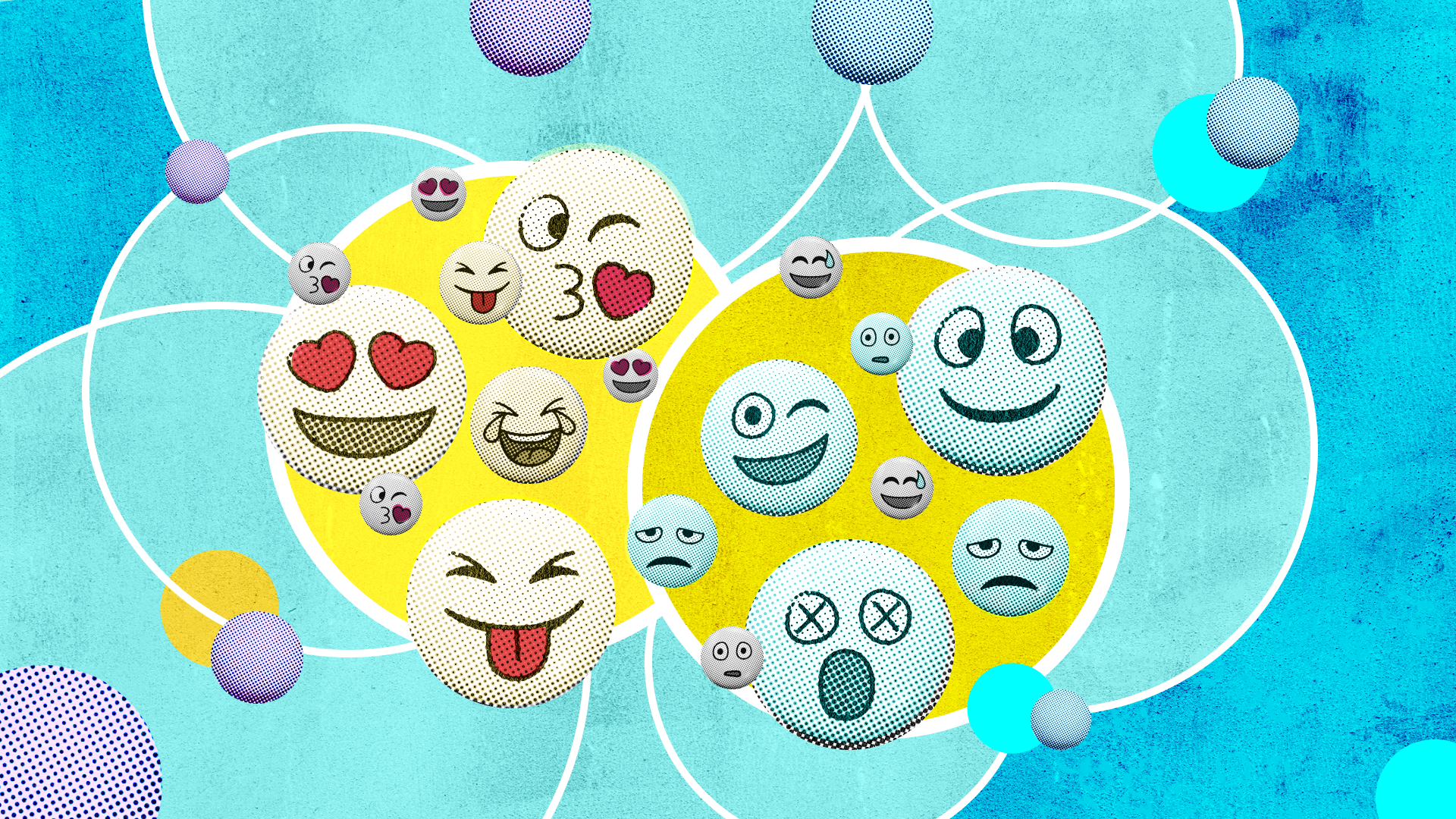 The pandemic may have pushed most of us to adopt new digital tools, but like many in his generation, 22-year-old Cameron Dower was used to navigating the world online. When the virus was taking hold in 2020, Dower was in his second year at the University of Sheffield in the U.K. and preparing for his professional life post-college by starting his own digital marketing agency. During lockdowns, he and his network easily found connection through their smartphones.

But growing up with social media gave Dower and his Gen Z cohort more than just the skills to express themselves online—it also helped them recognize where they needed boundaries. Dower has a perfect analogy to explain why those boundaries are important:

“Let's say there's 500 kids in your school. You want to make a joke to your 10 friends. You wouldn't go to the stage at the front of the hall with a megaphone and shout for everyone to hear it—you just want your 10 friends to hear it,” he said.

That’s the philosophy behind Twitter’s new conversation feature that lets you create an inner “Circle.” Because let’s face it, some Tweets just aren’t for everybody. With Twitter Circle, you can choose to Tweet only to people you select, up to 150 of them. Only they can see or reply to these Tweets. Unlike setting your account to Protected—where your Tweets can only be seen by those who you allow to follow you—with Circle, you can easily move back and forth between audiences. You can Tweet to everyone (if you have a public account) or just your Circle.

Twitter's goal with this new feature is to give users the ability to express themselves in ways they feel comfortable while respecting their privacy and safety.

Research tells us that the top barrier to engaging in a conversation on Twitter is that people are worried about the pressure of putting themselves out there for the world to see. It prevents them from even thinking about jumping into the conversation, explains Tristan Vanech, product manager for Twitter Circle. “A secondary barrier was just the fact that their Tweets were public. So this directly addressed both of those needs.”

Dower moves back and forth between the public timeline and his inner Circle of about 25 friends. “My actual Twitter is [more for] networking. Sometimes I feel less comfortable shit-posting on that because clients will look at that,” he said. “I don't want my timeline to be filled with complete shit. But the people in my Twitter Circle, I know they don't care.”

The plunge into private, “friends-only” territory is an evolution of Twitter’s ethos, after years of differentiating itself from other social media as the forum for public conversation.

“When you think of Twitter, it's a stage. You are literally going on saying ‘I'm eating eggs for breakfast,’ but you're saying it to everyone,” said Heaven Hamilton, technical program manager. “The problem could be some people have a problem with eggs. And now you run the risk of a flood of unwanted opinions because you just had eggs for breakfast.”

For young people who are used to curating their online personas, these types of tools are a must.

Twenty-five-year-old Remy Hernandez calls himself an older Gen Zer and said when he was younger, he remembers feeling like he could post just about anything on social media. Now that he’s job searching, he’s more intentional about his timeline.

“On Twitter, especially over the last two years, I have been very conscious that this is a thing that I have to curate. It may not be the case, but that's the thing going through my mind: I have to curate this because I need to use it in a professional capacity,” he said.

Giving people the space to be themselves on Twitter

Since rolling out Twitter Circle, Vanech has seen people 18-24 use it more than any other age group. This wasn’t surprising; Vanech knows that Twitter’s Gen Z audience highly values control over who can see their accounts. “What we see a lot of is younger users not only having Protected accounts, but multiple Protected accounts,” he said.

People between the ages of 13-24, and those 55 and older, used Twitter Circle more than expected in tests. And that’s good news for Twitter. According to Twitter’s own research, 85% of American teens say they have at least one social media account. Yet less than 5% of these teens say they use Twitter the most often.

Melissa Bronson, senior product manager for Twitter Circlesaid that the team has also come to see it as a way to remove your filter in the safety among friends. Bronson says she uses it to Tweet her random thoughts, without worrying what her professional network thinks about them.

“It solves a problem for people wanting to have controlled spaces. When I think about Twitter Circle, it reminds me of a group chat with my most intimate friends,” she said.

This control appeals to younger people, like Dower and Hernandez, who are not only digital natives, but who grew up testing the dynamics of digital spaces. They may feel perfectly at home Tweeting on the public timeline or speaking in a forum like Twitter Spaces, where they’re joined by several hundred like-minded strangers. Or they may seek the comfort and camaraderie of being surrounded by those who know them best. It’s their choice—and they embrace it.

This Tweet is unavailable
This Tweet is unavailable.
Only on Twitter
Tweet Twitter logo icon
Tags:
Link copied successfully
More from Stories
Don’t @ me: Protecting your peace with “Unmention”
By on Monday, 25 July 2022
How Twitter is nudging users to have healthier conversations
By on Wednesday, 1 June 2022
Twitter’s new reporting process centers on a human-first design
By on Tuesday, 7 December 2021
Your Tweets, your tools: Curating the experience that’s right for you
By on Thursday, 18 November 2021
See what's happening