Behind the scenes with the White House

On July 6 the White House held its first Twitter Town Hall, when United States President Barack Obama answered Twitter users’ questions about the American economy. Using the hashtag #AskObama, people all over the world sent more than 160,000 questions and comments for the President to answer live during the event. 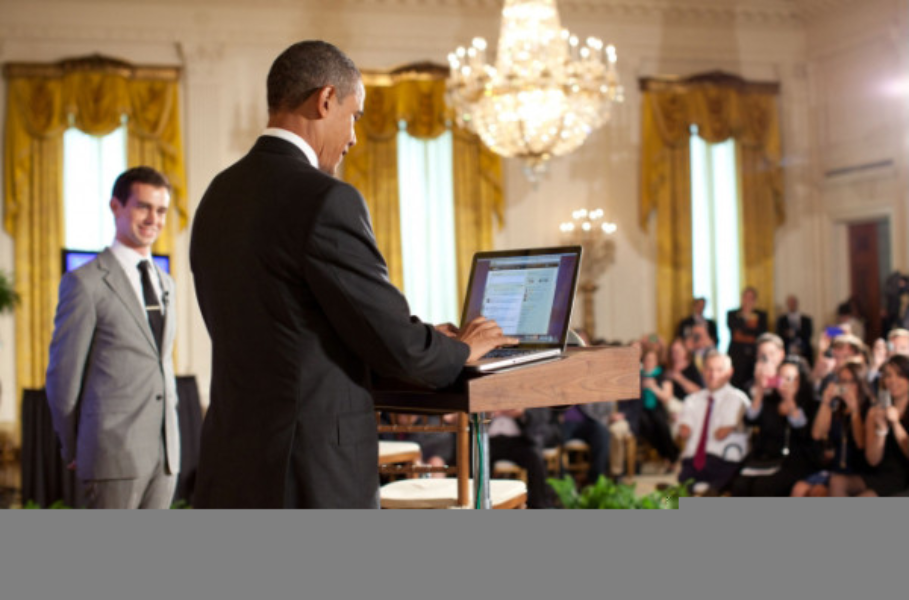 Narrowing down so many Tweets into just 17 questions (including 3 real-time follow-ups) is no easy task, so the Twitter team put a lot of thought into creating a fair process to surface questions that accurately reflected the overall themes of discussion around the event. We took a three-pronged approach to identify the questions that most interested people on Twitter:

Ecosystem company Mass Relevance played a key role in surfacing the most relevant questions to ask the President via their curation tool, TweetRiver. TweetRiver aggregated and filtered Tweets with the #AskObama hashtag into real-time topic streams, including jobs, the budget, taxes, education and health care. 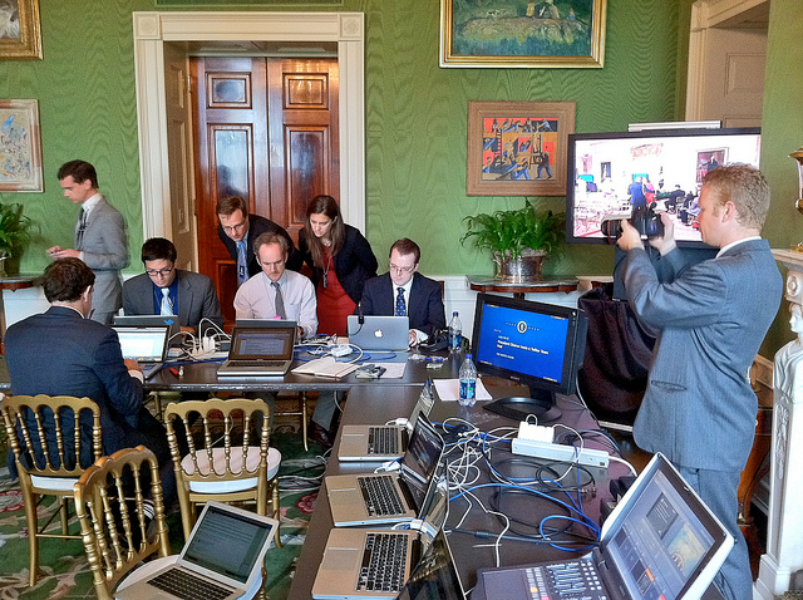 Mass Relevance also delivered all the visualizations for the event: a heat map showing where Tweets originated, a topic tracker showing the most resonant issues and a display showing Tweets to the President. 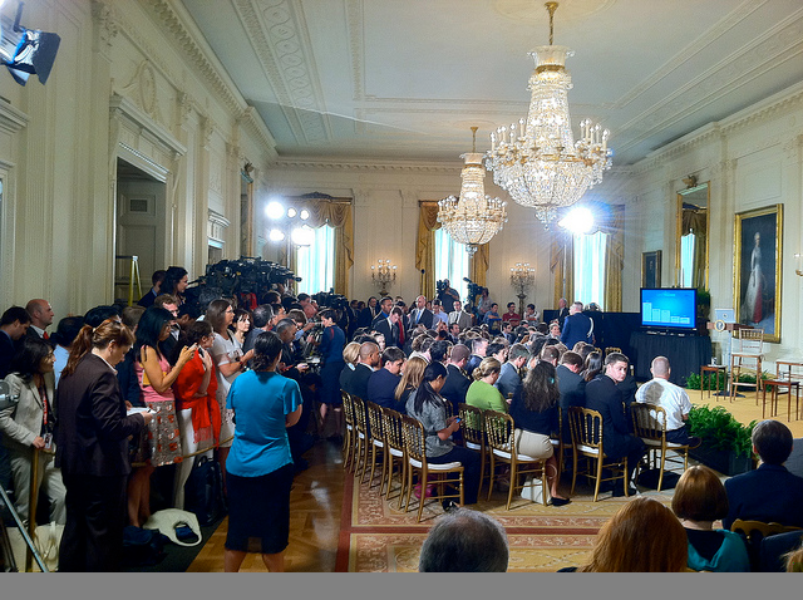 Twitter and Mass Relevance also created a microsite where viewers could watch a live stream of the event and see a timeline of Tweets, questions and the President’s responses. The timelines were created by JSONP requests to the TweetRiver API. We used Web Intents to implement Tweet Actions within the timeline, enabling users to tweet from the site, follow @townhall and follow @whitehouse. Web Intents took just minutes to implement, and made it possible for users to interact with Twitter content in the context of the microsite, without leaving the page or having to authorize a new app for the interaction. 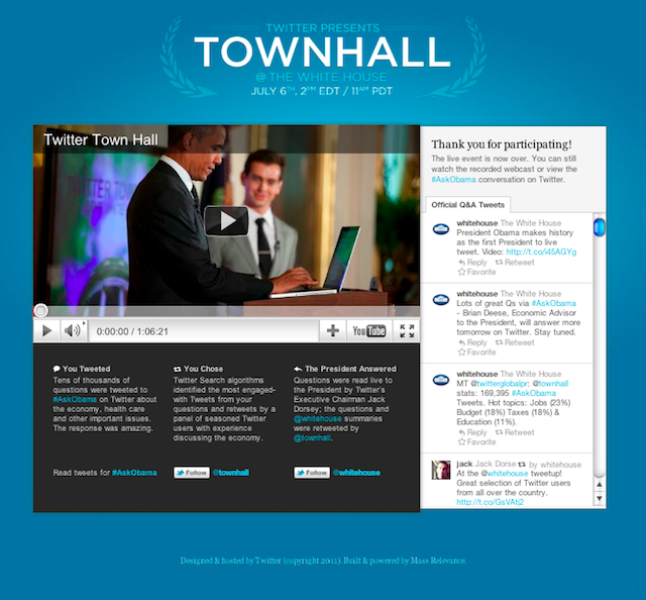 Ecosystem developer Radian6 released a report this week analyzing Tweets about the Town Hall. Their analysis demonstrates that the event sparked a national conversation crossing every regional and demographic line.