Twitter is the pulse of the election discussion. It’s where the storyline is often developed, where voters react, and where communities come to connect and discuss important topics. With the election coming up, and tonight’s final presidential debate quickly approaching, we wanted to highlight several companies –– CNN, Votizen, and Yahoo! News –– which have used Twitter to build creative integrations that make it even easier to follow and participate in the election conversation happening on Twitter.

If you visit CNN’s homepage to watch the live debate broadcast, you can create video clips of your favorite debate moments and share them directly on Twitter, thanks to their partnership with Twitter ecosystem company SnappyTV. Anyone can view these video clips directly within a Tweet, thanks to Twitter cards. By sharing segments of the debate in real time, you can drive discussion around the moments that matter most to you. 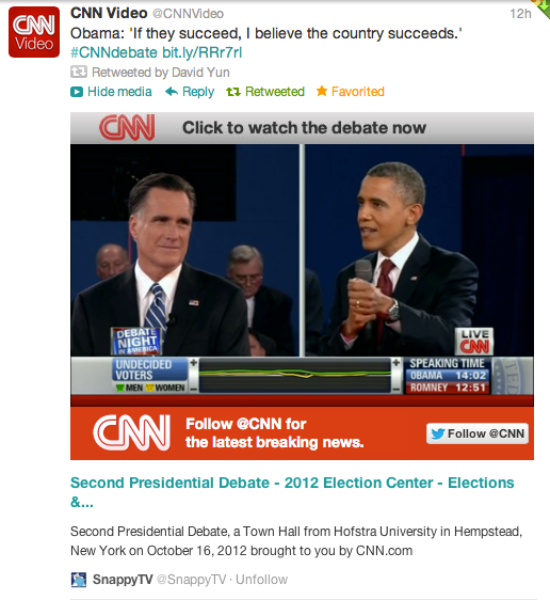 When viewing Tweets about the debate, knowing the voter’s registered political party and what state she’s voting in can provide useful context. Votizen, a network of voters that provides information about the elections and issues, has created a Twitter application based on this information. During the debate, Votizen surfaces debate-related Tweets and displays live graphs that show popular topics and Tweet volume broken down by party in key swing states — both of which let you quickly gain insight into the topics certain parties care about. 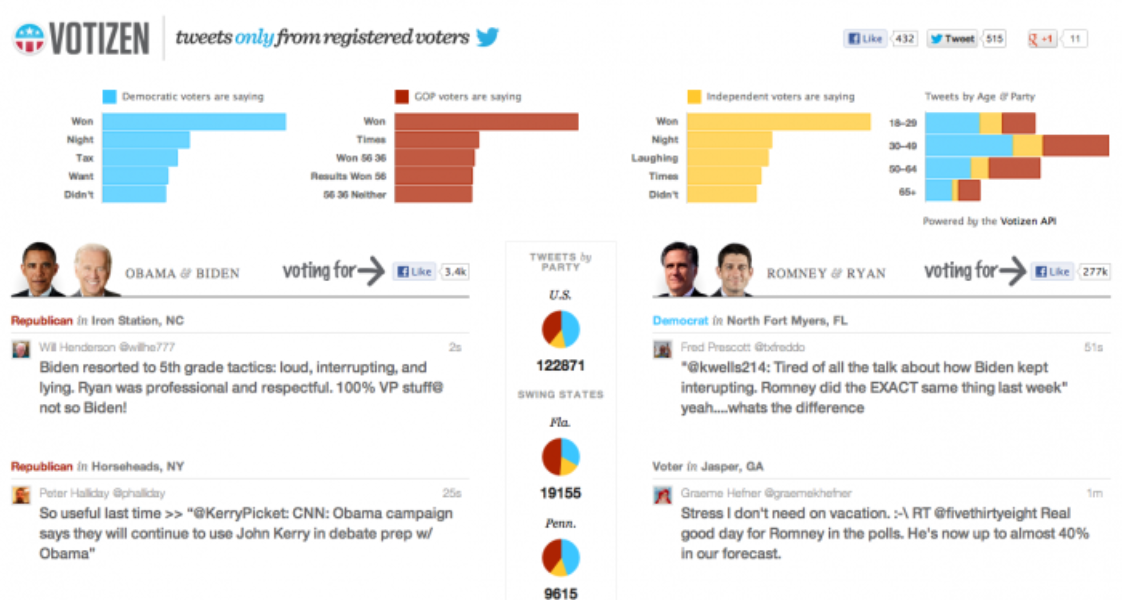 Yahoo! News uses @YahooNews and @YahooHashout to pose a daily question related to the elections. Follow today’s conversation, see the responses of others and vote on responses you like best, visit #Hashout. On the site, you can interact with Tweets –– reply to, retweet or favorite them –– just as you would on Twitter, and revisit Hashouts from previous days. You can also follow #Hashout panelists who regularly engage in the daily questions, including @donnabrazile, @MariaShriver, @MargaretAtwood and @SusanOrlean.

The integration’s focus on encouraging quality conversation is evident in both the @replies and follower growth –– @YahooNews’s follower number has grown 30 percent since the #Hashout began. 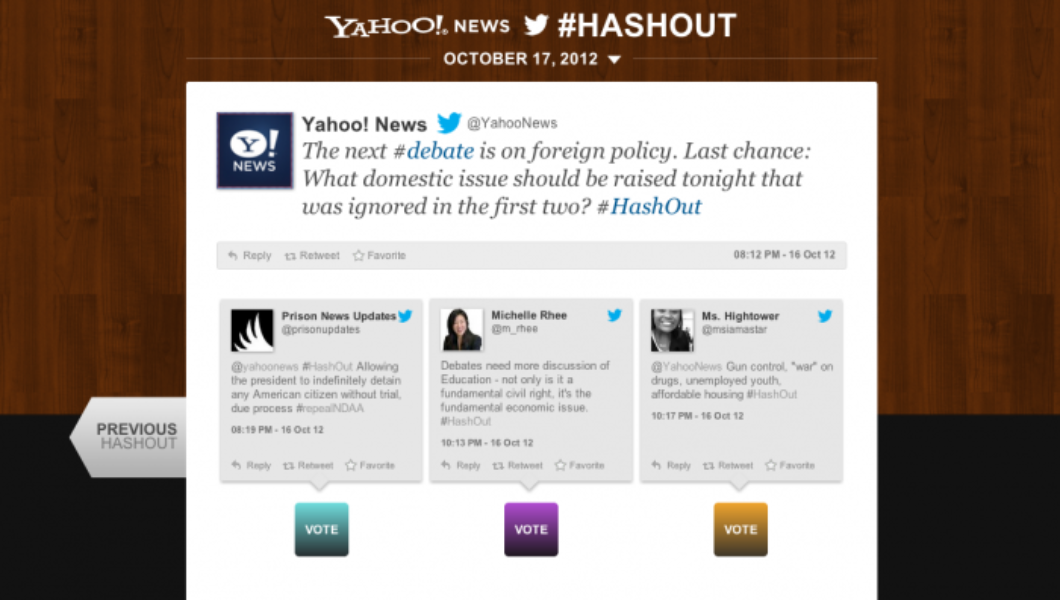 As we hope these examples demonstrate, Tweets don’t have to be limited to your Twitter timeline. Thanks to the creativity of the ecosystem, you can share your favorite moments from the debate, see what others are saying, and participate in the Twitter discussion from various sites across the web.