Broadcasting the voices of WordPress users, one Tweet at a time

By now, most everyone with an Internet connection has read a WordPress blog or site. With over 76 million sites and 14 billion monthly pageviews, WordPress is possibly the most popular, easy-to-use blogging platforms out there.

We worked with Raanan, SVP at Automattic —the makers of WP.com — to integrate the Twitter platform. WordPress users now have a simple way to distribute their content to their Twitter followers and over 240M other people on Twitter. Here’s how this integration worked. 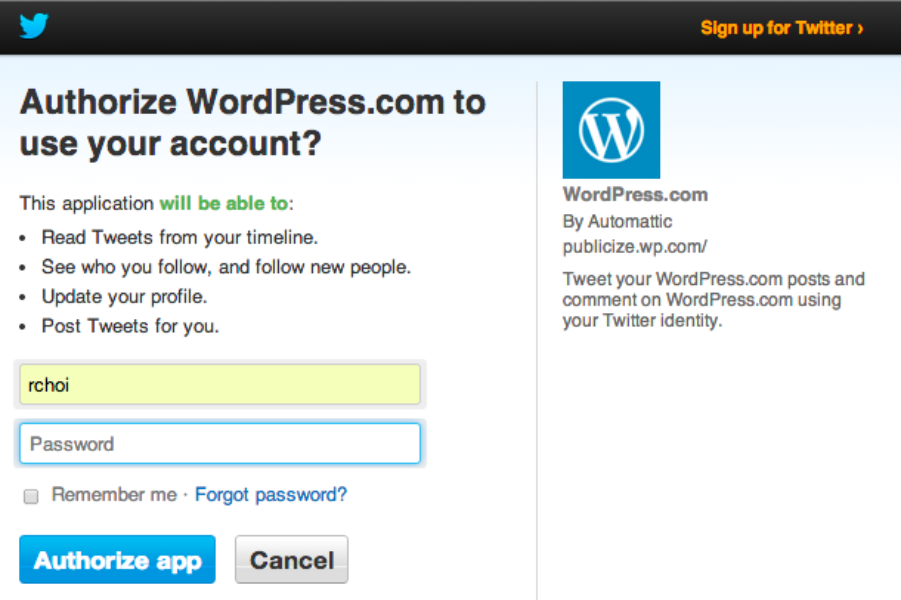 WordPress also implemented Twitter Cards so that the beautiful photos, videos and other media that their users are posting are automatically attached to their tweets.

With the launch of analytics for Twitter Cards, WordPress is now able to see results from their OAuth and Twitter Cards integration. From their dashboard view for their WordPress.org running the Jetpack Cards plugin with Cards support, they can now see that they receive 408 million impressions every week. Moreover, it gives them a baseline to continue tweaking and optimizing their Cards implementation.

Matt Mullenweg, founder of Automattic and co-founder of WordPress expressed his excitement about this integration for strengthening WordPress as a social hub.

Matt Mullenweg@photomattCEO and Founder of Automattic, Co-founder of WordPress

As Raanan noted, WordPress’ mission is to give voice to the people of the world. We happen to share that goal, and so we are glad to help Raanan, Joey, Justin, Stephane, Kelly and the rest of great team at WordPress in this implementation.