By
Wednesday, 21 May 2014
Link copied successfully

It’s always great to discover a product that implements the Twitter APIs in creative or unexpected ways, especially when it enables communication with objects that normally don’t have a voice.

Botanicalls is a perfect example: letting plants notify their owners via Twitter when they are in need of water. As the Twitter platform becomes an increasingly integral part of everyday communication worldwide, this kind of application fosters a more playful side of engineering. 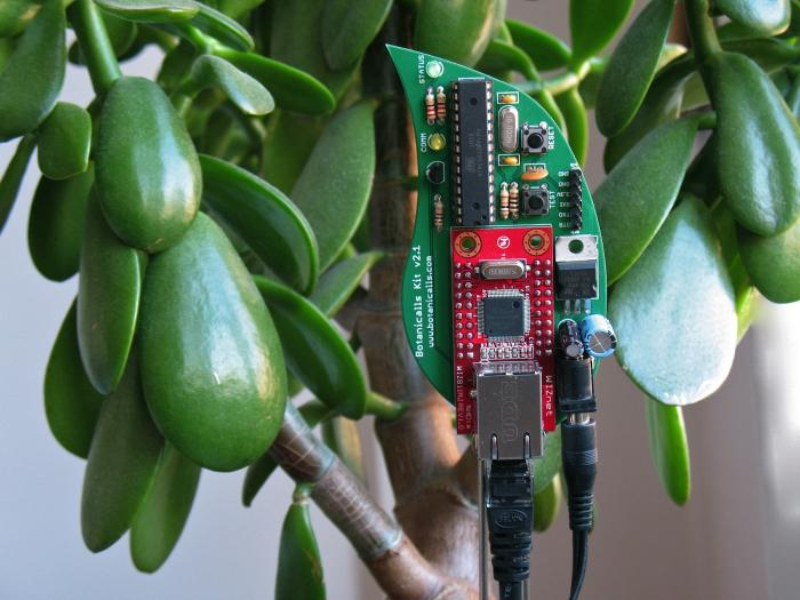 In the early days of social media, Rob Faludi, Kate Hartman, Kati London and Rebecca Bray created a unique product known as Botanicalls. It was a device embedded in plant soil that allowed household plants to “place” a phone call when they needed additional moisture. The group has now applied a more contemporary solution to this common gardening concern, via a DIY printed circuit board that enables thirsty plants to communicate via Twitter. While Botanicalls once had to rely on an overly complicated telco channel, houseplants the world over can now speak to their owners with a Tweet.

Regarding the project’s origin, Kati London says, “We wanted to draw people into a conversation with nature, and use technology to give other forms of life a voice. Botanicalls was created to bring things that you care about in the real world into your social media conversations.”

The homebrew kit helps developers explore physical computing firsthand. It’s a great example of how Twitter can be used on small, embedded systems. All of the needed components are included in the kit, but you’ll need to dig out the old soldering iron to assemble the parts. If your soldering skills leave something to be desired, this kit could be a good place to start.

Once you’ve built your Botanicalls device, simply plug in the power supply and an ethernet cable to start the cross-lifeform conversations. The board should be fully operational from the get-go, as it ships preconfigured with the @botanicallstest Twitter account. A quick press of the “Test” button will send out a Tweet like this:

The software is written in Arduino and takes advantage of the Twitter Library for Arduino. You can also download the source code and customize your device even further — for example, you can provide an OAuth token to tweet from your own account or define the Tweets that are sent by the plant to read, “I could really use a drink of water!”

The next time you get the hankering to tinker with an amusing bit of technology that leverages the Twitter Platform (or you just want to improve your relationship with your Jade plant), I’d suggest taking a look at Botanicalls. Perhaps it will even inspire you to develop your own new means of interacting with the world via Twitter. As we endeavor to reach every person on the planet, why not talk to our plants, cars and homes as well?