September is shaping up to be a busy month for our Developer and Platform Relations (DPR) Team. You can track our travels through our events page as well as @TwitterDev.

TechCrunch Disrupt Hackathon (San Francisco, U.S.): September 6-7, 2014
Our team of advocates will be at this event both days, so stop by our table and chat about ways you can integrate the Twitter API into your hackathon project. We will have some prizes available as well for the winning team. Be sure to look for Ryan Choi, Bear Douglas, Jon Cipriano and Jon Bulava from @TwitterDev.

Crashlytics 101 Meetup (Boston, U.S.): September 10, 2014
Join the Crashlytics Team at our Twitter Boston office to learn how Crashlytics is helping developers build, distribute and grow their apps. Space is limited so register for the meetup here before it fills up.

Swift SF Meetup (San Francisco, U.S.): September 16, 2014
Are you excited about Apple’s new programming language, Swift? Well, we are too! This meetup is an opportunity for beginners and intermediate programmers to learn and work with the language together. Come hang out with fellow developers and hear from Craig Wright about using Crashlytics to optimize your app for stability, engagement and scale.

AdTech Tokyo (Tokyo, Japan): September 17-18, 2014
Our team of advocates attending AdTech Tokyo will include Ryohei Miyota, Andrew Noonan, Jacob Petrie and Emma Lam. In addition, Twitter’s very own Melissa Barnes, Head of Global Brands, will be keynoting at this event and you won’t want to miss what she has to share.

Hackference (Birmingham, UK): September 19-21, 2014
Come hang out with Developer Advocate Andy Piper at Hackference, a one-day conference followed by a two-day hackathon. Andy’s session will cover the use of Twitter APIs to connect to the pulse of the planet, and we will have some prizes for the most interesting use of Twitter in any of the hacks developed at the event.

Intercon Android (Sao Paulo, BRA): September 20, 2014
The InterCon 2014 Android is the largest technical event for Android in Latin America and represents 400+ developers in São Paulo. Their mission is a more advanced and collaborative focus with a goal of leaving the largest possible legacy for the Android community in Brazil. Our advocate Luis Cipriani is speaking at the event.

Qcon Rio (Rio De Janeiro, BRA): September 23-25, 2014
Luis Cipriani will also speak at this event, and his presentation at Qcon Rio will show the potential application of the Twitter platform as a data lab. He will explore how to set the ideal architecture for consuming the large volume of information generated by Twitter, as well as what resources are available to developers.

API Strategy Conference (Chicago, U.S.): September 24-26, 2014
Advocates Andrew Noonan and Jon Bulava will discuss the power of Twitter’s APIs and best practices in Twitter API-driven application development. Andrew will also discuss his experience as a Twitter evangelist and how his job focuses on the creation of new tools that make developers’ lives easier. Tweet us @TwitterDev if you’re interested in grabbing a free developer pass to the event. But act fast: limited quantity available!

This list will continue to grow throughout the month, so check back on our events page as well as @TwitterDev for the latest DPR team events.

Did we miss something that you think the Twitter DPR team would be interested in participating? If so, please contact Katie Penn or Lauren Schutte with the details of your event. We look forward to hearing back from you. 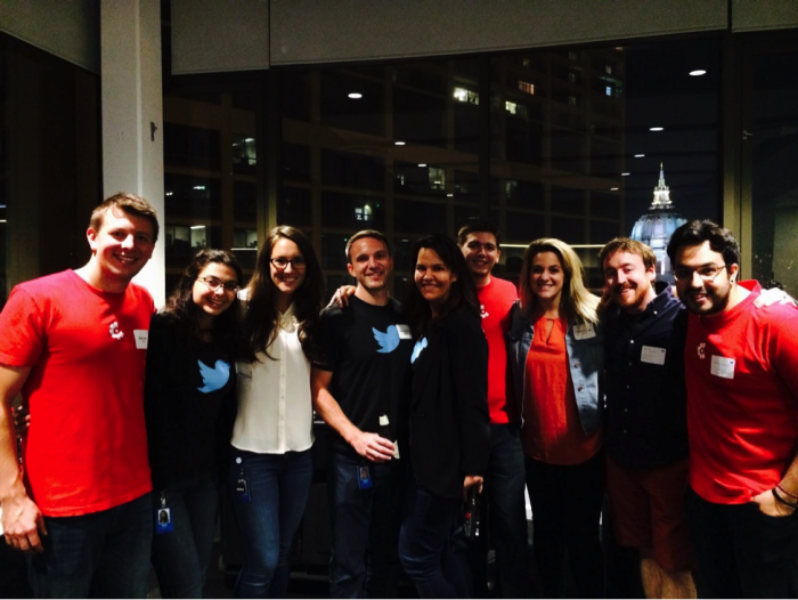