Back in the mid-80s, my parents brought home an Acorn Electron computer. This was an 8-bit computer, a less-expensive sibling to the BBC Micro that was becoming popular in UK schools at the time.

We hooked it up to an old, small, bulky TV and I was soon sitting on the carpet of the front room learning to write simple code in BASIC (as well as playing a lot of games, loaded from cassette tapes). I was swept up by the idea that I could create my own programs and shape what the computer did for me. It was enthralling.

We weren’t connected online in those days, and I had to learn from books or programs printed in magazines. When the Internet came along, I quickly discovered how to find other people to chat to, first via dial-up BBS bulletin boards and later via email, newsgroups and IRC channels. I never stopped exploring. When I left university I moved into technology as a career, and started to hone my craft as a developer. In terms of my background, I spent 10 years working on what we called “enterprise middleware” at IBM. I’ve also worked extensively in open source developer communities, most recently at Pivotal where I was developer advocate on the Cloud Foundry project.

Over the years I’ve been a developer, I’ve spoken at events, and have been part of many different technical communities. Since I opened a Twitter account, I’ve never looked back. One of the best parts of my job is meeting the people I know through Twitter, at conferences, meetups or just randomly in passing. It is such a great companion to my daily life!

As Web 2.0 unfolded, I was quite taken with the notion of sharing and socialising content. 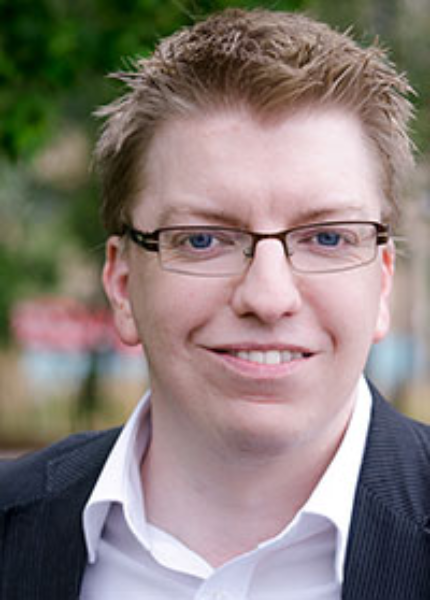 My love affair with Twitter began almost immediately after signing up, in February 2007. The web interface looked quite different than it does today, but the essence of Twitter has remained unchanged: a public platform, enabling me to instantly connect with and learn from the people and topics I want to follow.

Developers embraced Twitter early on, seeing it as an open platform that could enrich apps with contextual information and provide access to public conversations, sentiments and signals. Twitter enabled developers to create cool, new and fun experiences that were never before possible.

A friend describes himself as a “technology optimist”, and that’s a label I’ve always liked too. I’m thrilled by what technologies like Twitter are enabling in society, with open sharing of ideas and the creation of new communities. I’m optimistic about what can happen when we reach everyone on the planet and enable them to have a voice in this global conversation.

At this point, I’m ten weeks in with this new role. I’ve learned that a number of principles guide what we do at Twitter. I want to share one that resonates strongly for me: Defend and respect the user’s voice. This is something that has always shaped my use of different platforms and participation in online forums. I’m excited to have joined this Developer Relations team to continue my career as a developer advocate, aiming to listen respectfully to and defend the voices of developers and users in order to help them, and to explain Twitter’s platform and technologies to communities.

I’m really looking forward to meeting more developers who use the Twitter platform at some of our upcoming events, as well as interacting with you on Twitter and in our forums. If you see me, come say hi and tell me what you’re working on!