Teaming up with IBM For Smarter Cities

Each year IBM selects a handful of cities to participate in its Smarter Cities Challenge, which sends IBM experts to work closely with cities on critical issues ranging from job creation, transportation and public safety to healthcare, revenue, social services and public works. This year we’re teaming up with IBM to bring the power of Twitter data to address these challenges. We’re excited to announce that the three cities selected to receive a grant of Twitter data are Detroit, Memphis and Melbourne.

What can a city learn from Twitter data? A whole lot, it turns out: a deeper understanding of citizen concerns; which parts of town tourists are visiting; how citizens from different neighborhoods interact, among many other things.

Santa Monica recently used Twitter data alongside other social data sources to gauge the well-being of its citizens.

The city analyzed more than 159,000 Tweets to understand its citizens biggest concerns, which were economic opportunity, affordability, opportunities and jobs. In a city where only 56% feel they can count on their neighbor, the city also used Twitter data to understand how its citizens were connected to each other.

Another example of how Twitter data can be deployed to better understand city dynamics is this data visualization done in collaboration with Eric Fischer of Mapbox and Gnip, which shows where locals and tourists Tweet in major cities around the world. With this type of information, cities can better understand infrastructure needs and run more informed tourism campaigns. 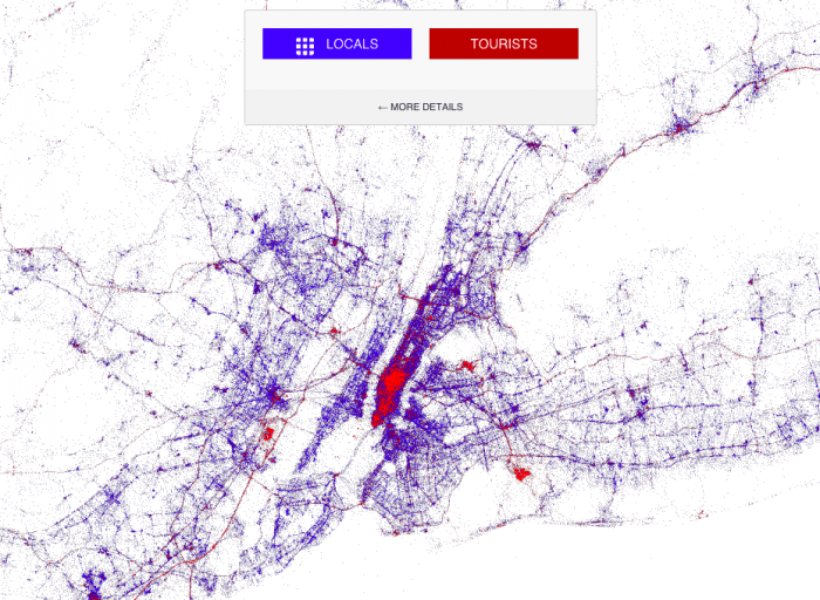 For the Smarter Cities Challenge, we will provide both current and historical Twitter data for analysis by Watson Analytics. In addition, Twitter will send an employee to a selected city for three weeks to help one of the cities make greater use of the data. For more info, visit smartercitieschallenge.org.