When we launched Twitter Kit last fall, we wanted to give you the easiest way to bring Twitter content into your app. Since then, we’ve rolled out key enhancements including timelines, the ability to perform inline actions within Tweet embeds, and open sourcing Twitter Kit for Android to continue to improve the way we deliver real-time conversational content into your apps.

In listening to your feedback, we knew we wanted to help even more developers leverage the power of Twitter. One of those ways is by driving organic growth. Currently, with Twitter Kit, you can empower people who use your app to share interesting things they’ve done within your app. When they share, their followers see it and learn about your app. For game developers, integrating Twitter into the experience — where people can share their achievements in real time — can be a huge opportunity to drive organic growth.

Here’s what our friends from Dots said:

The idea of one SDK that will not take very long to implement, but that will give a pretty broad reach in terms of capabilities in Unity is a huge offering.

We’ve been heads down over the past months building a tool that would enable real-time Tweeting right within games built on Unity, one of the most popular game development engines. Today, we’re opening up beta access to this tool through Fabric Labs.

If you want to be one of the first game developers to get access, sign up today! 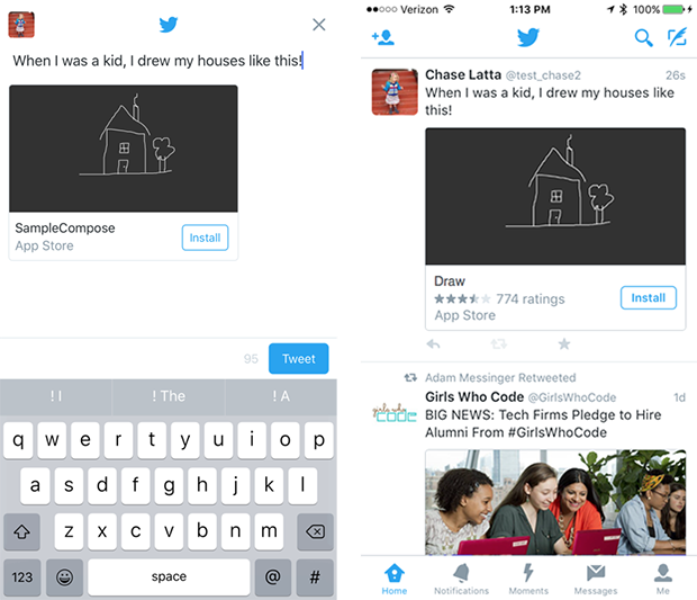 We’re excited to release these two feature enhancements because they not only can help game developers, but all app developers. Beyond games and high scores, users love to share their personal achievement or discovery across different type of apps, whether it’s music they’ve found or fitness goal, among others. These moments helps developers drive discovery and growth for their apps when their users share the moments to their followers on Twitter.

The best game publishers in the world see the value of Twitter for organic app growth. With these two features, we can’t wait to see what you build next.