This month we continue our sponsorship of CocaConf in Washington D.C., as well as hosting our inaugural London Twitter Developer Meetup!

We are pleased to sponsor try! Swift, which focuses on the latest advancements in Swift development. Collaboration is at the core of this event, bringing talent from all around the world to share their knowledge and skills to improve your mastery of the Swift programming language.

Twitter Kit iOS developer Steven Hepting will speak about building closed-source iOS frameworks. He will demo some tools used to inspect frameworks, explain how packing multiple architectures into a single executable works, and will share a few stories of customers using your SDK in unanticipated ways.

We’re thrilled to continue our sponsorship of CocoaConf this year. Developer Advocate Todd Burner will give a lunch session on fastlane, an automation toolset for developers.

We are sponsoring the Social Media Analytics Community for their next meetup in San Francisco. Join Kate Talbot, Twitter, and Brandwatch for a discussion around the impact of Social Data and Analytics and Content hosted by Klout.

During this first edition of droidcon in Austria, Twitter Software Engineer Andrea Falcone will give a session on fastlane, an open source automation toolset for developers.

We are happy to support Coding Cup; an event for middle school and high school-aged girls. The day includes informative talks for participants and parents, and real-world success stories of women in tech today.

Our platform generates petabytes of event data every day and analyzing these events in real-time presents a massive challenge. Join Karthik Ramasamy at Twitter HQ and learn more about how we have addressed that challenge, by designing and deploying an end-to-end scalable real-time stack.

Andy Piper will be in Manchester (and on Slack) to mentor teams, and support building on the Twitter API and our mobile Fabric SDK, as part of this exciting fintech hackathon.

We are excited to sponsor Droidcon NYC this year. Come visit us at the Twitter booth, as well as see Todd Burner and Andrea Falcone deliver two talks during the event.

We are supporting the Simmons SharkHack for the second year this fall. Alex Rass will be there to mentor students during the event. The hackathon focuses on providing college women and recent graduates with the opportunity to join forces and develop new mobile apps, games, hardware hacks, and more. 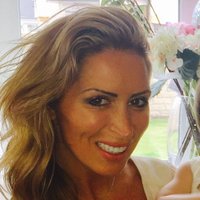