The Twitter platform is filled with a range of tools for building all kinds of applications, including Twitter Kit — a powerful SDK for displaying Tweets and building with the Twitter API in your iOS and Android apps.

With the help of Twitter Kit, you can easily tell great stories with Tweets: Watching live, game-time commentary unfold in the NBA Championships, the most newsworthy statements from political leaders in “The Minute” from The Guardian, breaking news from Bustle, or the insider threads about your team in Bleacher Report. Your users can stay up to date with what's happening now via Tweets, right in your app.

We first started Twitter Kit as a component of the Fabric platform, and today we're really excited to release Twitter Kit 3 —  a new stand-alone version, available through industry-standard channels like CocoaPods and jCenter. 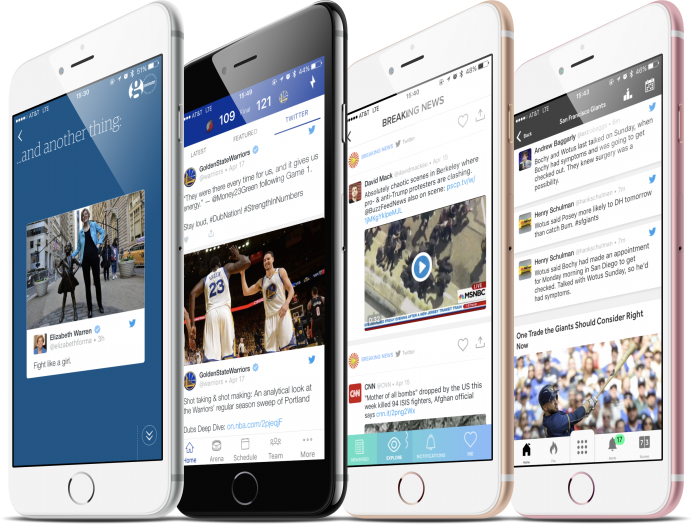 Twitter Kit 3 includes a rewritten composer to create Tweets inside your app, enabling your users to share links, images and even video (available now on iOS, coming soon on Android.) For the first time on Android, it is now possible to compose Tweets right in your app, even for users who don't have Twitter installed.

Authorizing users with Twitter Kit 3 has been greatly improved: Whether taking advantage of Log in with Twitter, or just liking a great Tweet, your iOS and Android users now authorize your app through native experiences provided by the Twitter for iOS and Twitter for Android apps. Users can easily pick from all the accounts they have authorized in the Twitter apps, and these new auth screens fully integrate support for the request email and read direct message permissions. These permissions can now be requested through the native interfaces. 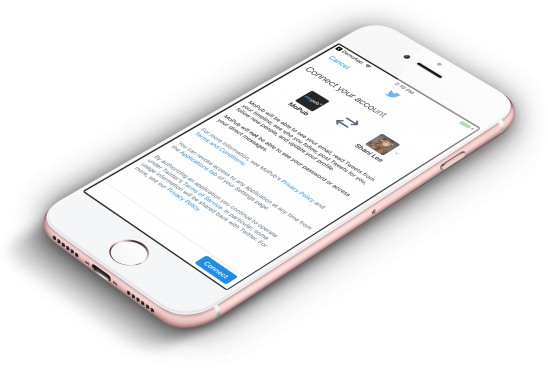 Authorizing users in your app makes it easier for them to interact with the Tweets you display, to compose Tweets, and your app will automatically take advantage of users’ block preferences from Twitter in the displayed content.

Twitter Kit 3 is available now via three easy and popular delivery methods: CocoaPods for iOS, jCenter for Android, or via direct download from the Twitter Kit Developers site.

For developers who installed Twitter Kit using CocoaPods, you're automatically able to access the new version (just bump the version number to 3!). Similarly, the new Android release can be pulled in through Maven (with jCenter as a source in your Gradle config — it's there by default.) If you installed Twitter Kit using the Fabric plugin for Mac, you can either follow the instructions to use CocoaPods instead, or update manually by downloading the new framework directly.

Install Twitter Kit 3 from any of these sources, and then follow the instructions in our upgrading guides (Android, iOS) to finish the process.

Finally, to support Twitter Kit as a standalone SDK, we're migrating all maintenance of Twitter API keys to the Twitter Developers site. For Fabric users who created Twitter API keys through the Fabric dashboard, you will need connect your keys to an appropriate Twitter account to maintain your app. As well as being able to update your app metadata and API usage using Twitter's tools now, you'll be set up to take advantage of new Developer Platform features later in the year.

Organization administrators for API keys that need to be connected will receive an email about this simple process soon, or you can get ahead and connect your apps by visiting the account connection tool with your Fabric account details right now.

Twitter Kit 3 sets us up to build great new features in the coming months, invest in performance optimizations, and we'll have an update about Unity support for games in the near future, too.

If you have any questions about the new Twitter Kit 3, check out the updated documentation, our FAQ on connecting your app to Twitter accounts, or join the discussion in our community forums.