Buttons attached to messages make it easier for businesses to guide people to take an action that occurs outside of Direct Messages. This video shows how they can be used to launch the Tweet compose experience from within a Direct Message conversation.

Buttons can be used to open any web URL, including links to other Twitter features such as Tweet Intents and Follow Intents, or Direct Message deep links (e.g. to another account). Developers can attach up to three buttons to a message. The text labels on each button are fully customizable.

There are many cases where it makes sense to use links to let people access more information, complete an action on a website, take another action on Twitter, or present multiple of these options. Simplifying the experience using buttons makes it easier for people to take the desired action.

This pattern is particularly useful on Twitter to get people to tell others about your bot with a Tweet. Developers can now attach a simple button to messages at the right point in a conversation and make it easy to Tweet about the experience. People can share the March Madness bracket they just built, share a coupon they just discovered with their followers, share a news story they just received through a personalized subscription from a publisher, or a video clip from an upcoming movie they just learned about through a bot. Or, they can simply Tweet and tell the world about your bot.

Combined with the Direct Message Card we recently announced, the Tweet that gets shared can include rich content that drives their followers into the bot experience — starting a viral discovery loop. Creating this experience is simple, just use a Tweet Intent link with a Direct Message Card URL included at the end in your button.

When designing a bot, there’s an important design principle to keep in mind — buttons always open another view, they never send messages. Quick replies are used to send messages with a single tap or click.

To learn more about how buttons on messages can be used, see our documentation.

There are now two additional objects that are returned in a Direct Message payload.

These new features are part of our continued investment in our platform to make it easier to build compelling conversational experiences on Twitter. Developers can see where we’re focusing and what we’re building with our recently published API platform roadmap and those looking to build on our new APIs can learn how to get started here. 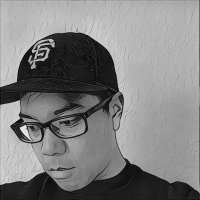 Only on Twitter
Tweet Twitter logo icon
Tags:
Link copied successfully
More from Tools
Introducing a new and improved Twitter API
By Ian Cairns and Priyanka Shetty on Thursday, 16 July 2020
Building the next generation of the Twitter API
By Ian Cairns on Tuesday, 14 May 2019
Previewing changes to the User and Mentions Timeline API endpoints
By ‎@robjohnson ‎ and ‎@yoyoel ‎ on Tuesday, 19 March 2019
Announcing support for AMP article analytics on Twitter
By Ben Ward on Wednesday, 6 December 2017
See what's happening