At this year’s @AustralianOpen, it was refreshing to see the likes of Stanislas Wawrinka (@StanWawrinka), Genie Bouchard (@GenieBouchard) and Nick Kyrgios (@NickKyrgios) mix it up with Grand Slam winners Roger Federer (@RogerFederer), Rafael Nadal (@RafaelNadal), Serena Williams (@SerenaWilliams) and Li Na. Not only on court, of course; on Twitter too.

Given the access players gave their fans on Twitter, it was no surprise that we saw all sorts of records broken for #AusOpen. With nearly 5.3 million Tweets related to the @AustralianOpen from the start of the year to the end of the tournament, the record number of Tweets and conversations were driven by the number of accounts involved, from players, fans and official organizations, whether they were at Melbourne Park, watching it on TV or out and about, checking their mobile devices.

The most tweeted match was the Men’s Final, between @StanWawrinka, and @RafaelNadal, which broke the Tweets Per Minute (TPM) record for an Australian Open. 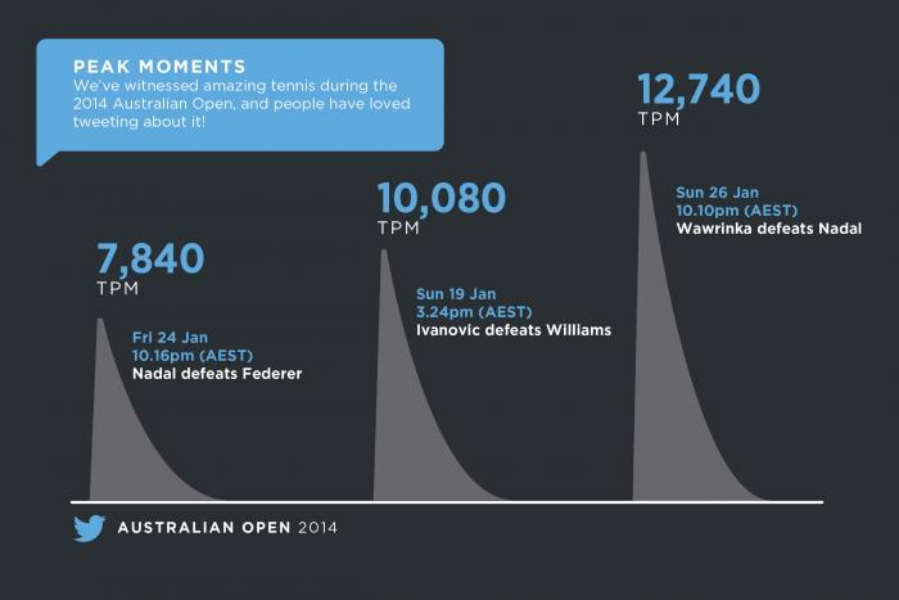 The players make the tournament, so of course they drove the majority of tweets. Fans tweeted their support, congratulations, thanks and praised their sporting heroes. 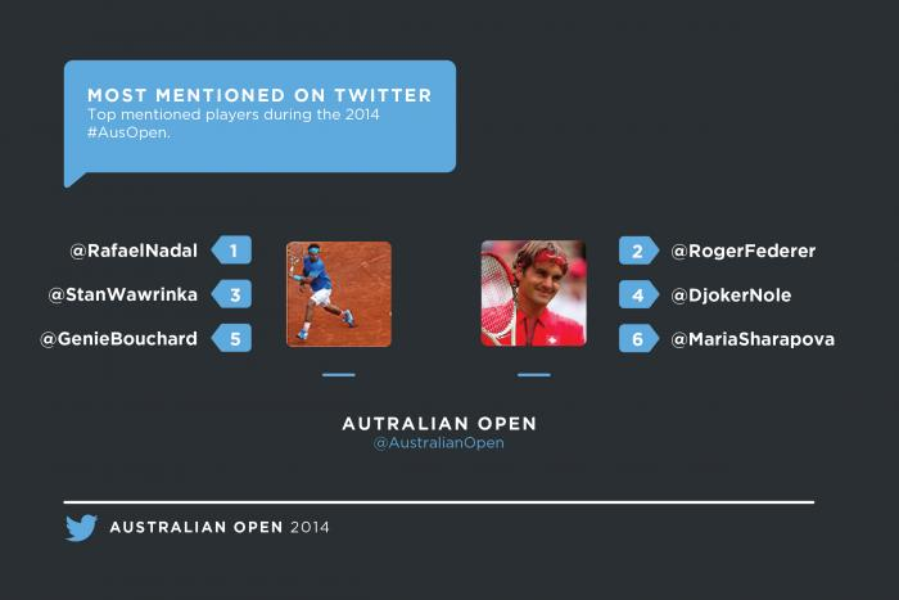 @GenieBouchard was the most talked about female player, narrowly beating out @MariaSharapova, and gained 57,000 new followers after an outstanding tournament which also sparked the rise of the #GenieArmy.

One additional aspect of the Australian Open ensured fans at Melbourne Park could make the most of Twitter while enjoying all the live action.The #AusOpen Social Shack showcased the best player Tweets, the most popular players on Twitter and helped fans support their favourite player during hashtag battles. The big screens inside the Social Shack also displayed all sorts of Twitter data visualizations and you can get a closer look from our mid-tournament update. 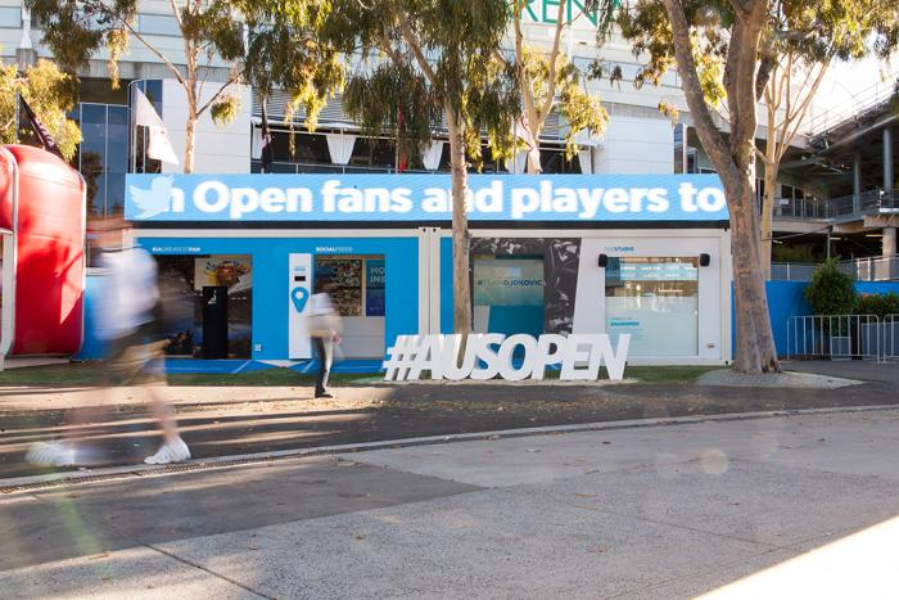 And now, we look forward to settling in to enjoy what the French Open, Wimbledon and the US Open have planned for the remaining Grand Slams this year. Until then, we’ll leave you with the winning moments for this year’s Australian Open singles champions - congratulations to Li Na and @StanWawrinka!