Help your brand capture the Christmas moment on Twitter

Christmas is one of the busiest times of the year for retailers, and we’ve noticed #Christmas discussions growing every year on Twitter. In fact, we saw a 76% growth in these conversations last year alone.

‘Tis the season for presents, parties and purchasing. As 2014 comes to a close with Christmas drawing ever closer, new research from Twitter shares insights into just how much Aussies are chatting about #Christmas moments on the platform, and how best for brands to connect with them. 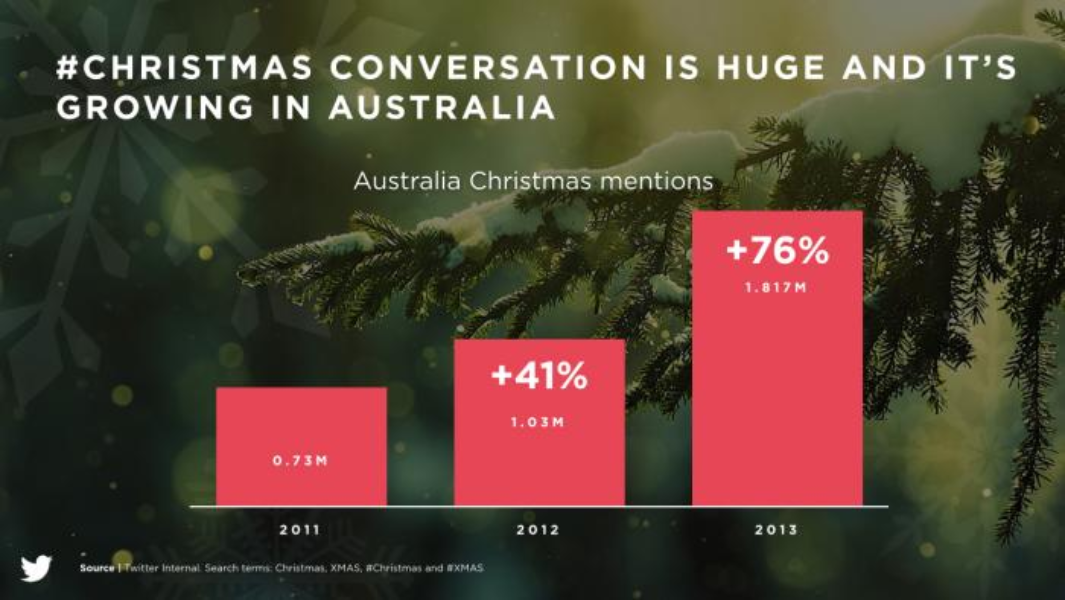 Australians start talking about #Christmas early, with conversations starting to climb from August through September, before spiking prominently in December and January. 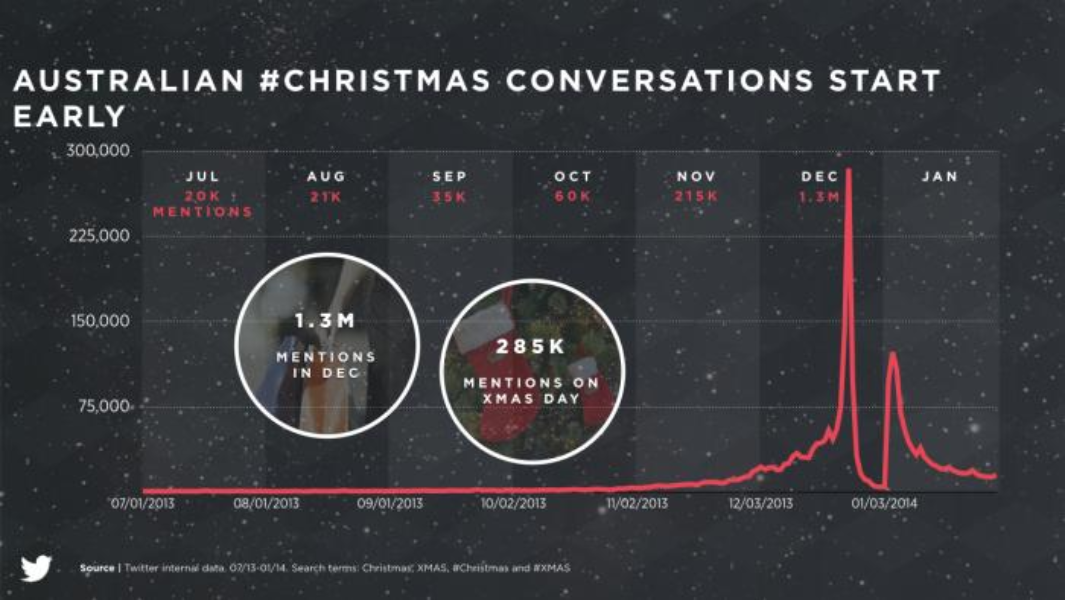 Christmas is all about moments, from Christmas Eve to New Year’s Day, whether with friends, family or colleagues. Twitter users not only discuss the peaks times of the holiday season on Twitter, but each Tweet and engagement on the platform indicates a user’s interests, providing a unique platform for brands to engage and convert these conversations into purchases.

Aussie consumers are making purchase decisions on Twitter, with new figures revealing that 57% of respondents use their smartphone when looking for gifts, while a further 43% of users tell us that Twitter strongly influences their gift decisions. Over a quarter of all users note they will make a purchase based on what they’ve seen on Twitter, whether through promoted Tweets by a brand, or recommendations from other followers and friends. With huge mentions of #sales, #presents and #shopping, #Christmas presents the opportunity for brands to connect with a captive audience; consumers are considering purchase decisions. 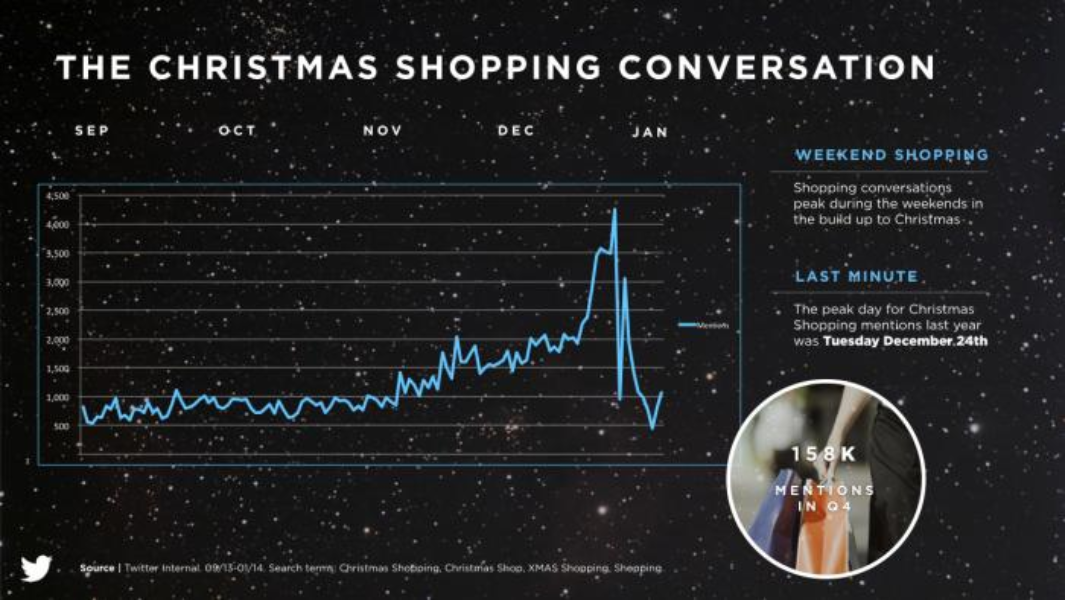 Interestingly, the research has also shown that 51% of Australian Twitter users will continue hunting via a search engine after seeing something interesting on Twitter. 45% will visit the store directly after seeing something interesting on the platform and a massive 76% of users would like brands to post links which take them to a location where their can directly purchase Christmas items. 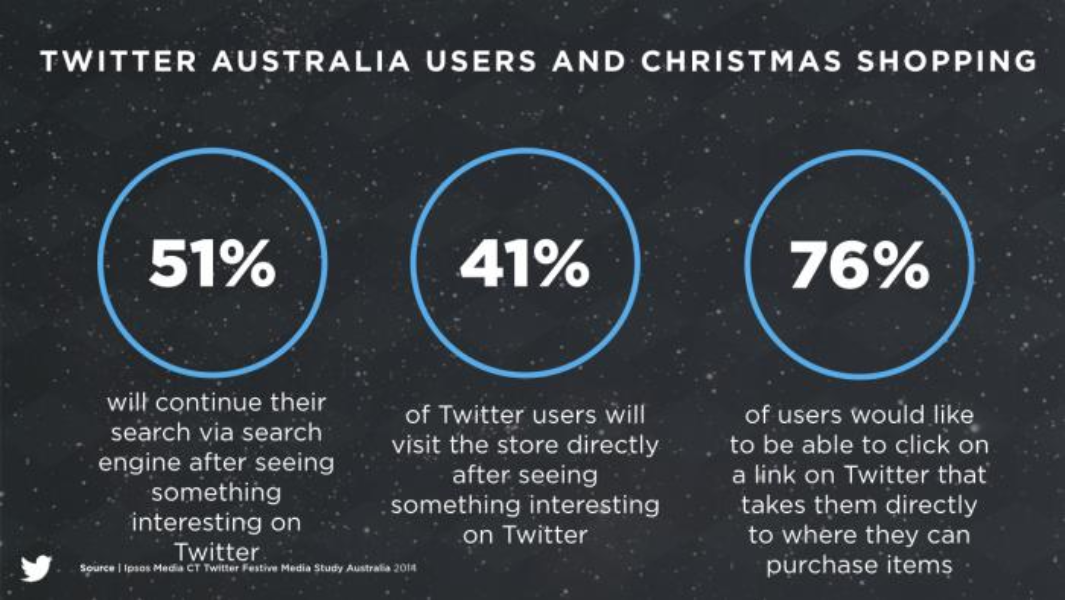 Australians continue to think about purchases after Christmas, with many immediately turning their thoughts to the post-Christmas #sales. Conversation about #sales throughout November 2013 to January 2014 peaked on Boxing Day by 14%. 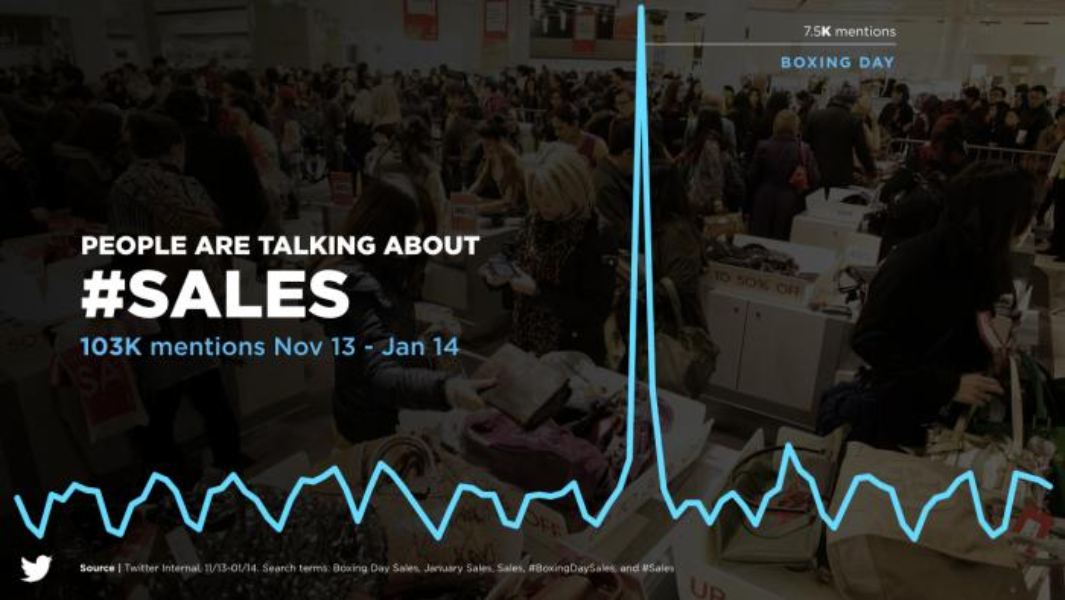 Joining in the conversation and connecting with your consumer is easy. Check out the relevant hashtags below and couple this with engaging, shareable content to reach, engage and convert prospective customers this Christmas.
List of holiday season hashtags: