Highlights from an amazing #WorldCup weekend

The 20th #WorldCup is already shaping up to be a fantastic tournament with loads of exciting matches, cracking goals and non-stop drama on display. Here’s a look at some Twitter highlights so far.

The new look @Socceroos confounded the pre-match predictions to push the highly-rated Chileans all the way before ultimately going down fighting 3-1. Before the game, some high profile fans were tweeting their support:

Fans took to Twitter throughout the game to discuss the big moments, resulting in more than 2 million Tweets related to the match, predictably with peaks at the key stages. 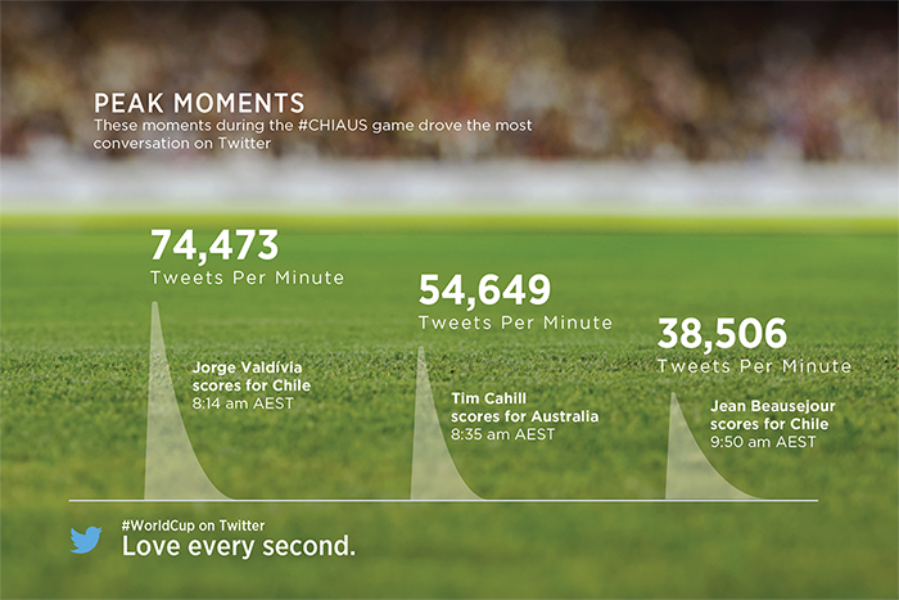 Leading the @Socceroos line admirably and joining an exclusive club of players to have scored in three World Cups, it was no surprise that @Tim_Cahill was the most mentioned Aussie player, followed by Tommy Oar (@TommyOar10) and Matthew Leckie who both put in eye-catching performances. 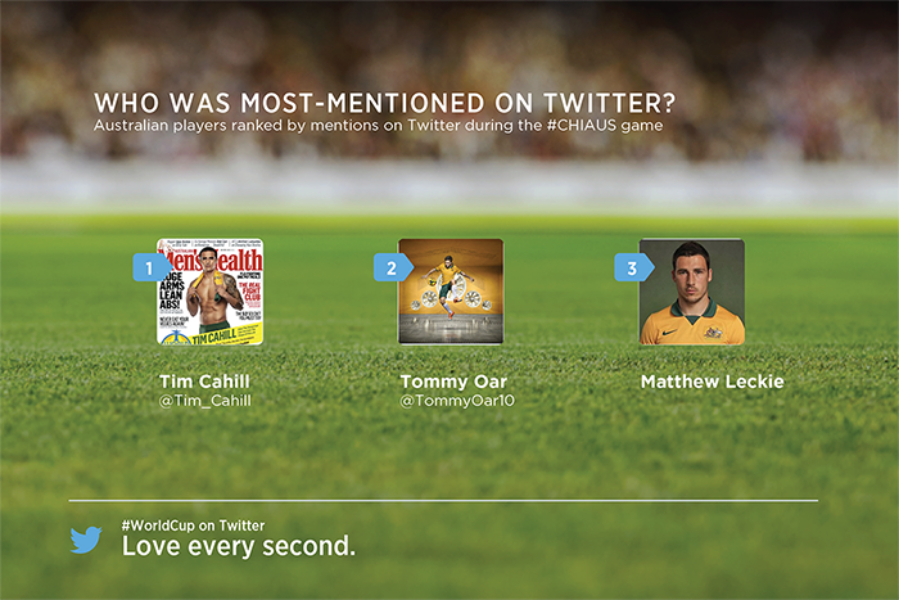 Next up for the @Socceroos is @KNVB, who spectacularly conquered @SeFutbol 5-1. Can @Socceroos shock the world and keep their #WorldCup dreams alive? In the lead up to the game, don’t forget to Tweet @Socceroos using the #GoSocceroos hashtag to get a personalised signed photo.

The @KNVB vs @SeFutbol match was one of the best of the tournament so far, with the peak Tweet moment arriving in reaction to @Persie_Official extraordinary ‘Flying Dutchmen’ goal. 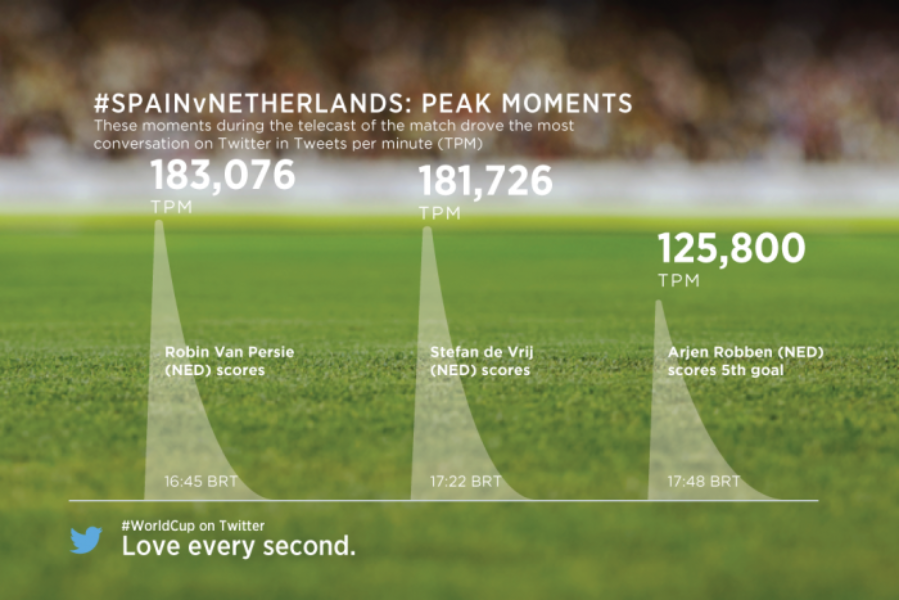 Nearly as impressive as the goal itself was the response on Twitter:


The clash between @Vivo_Azzuro and @England was massive on Twitter as well, with more than 7.2 million Tweets during the Azzuri’s 2-1 win. Check out this animated map of the entire match on Twitter: 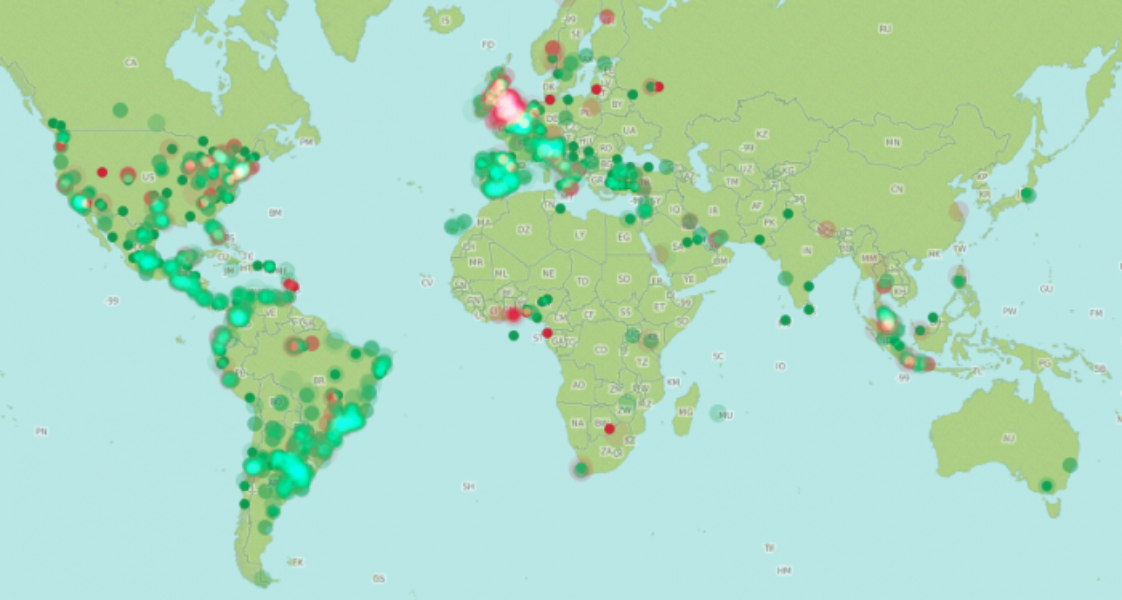 Some of the world’s biggest stars took to Twitter during the match:

Again, the goals were the biggest Tweet moments of the match: 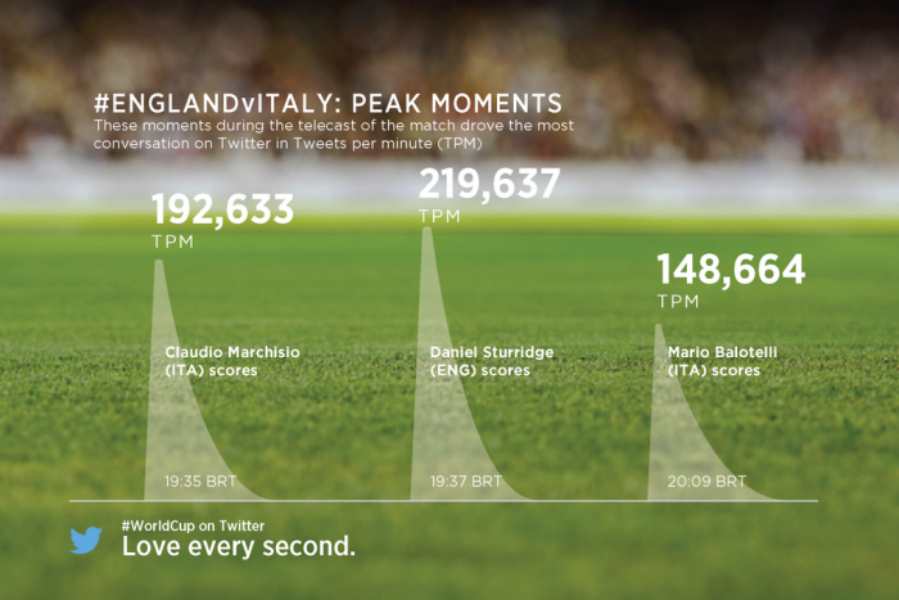 One of the heroes for the @Vivo_Azzuro was the ageless @Pirlo_official who put on another masterclass, and he certainly attracted a lot of attention on Twitter:

Finally, it was a good weekend for the psychic kangaroo @Predictaroo from @AustraliaZoo with three from three successful picks. Can she keep up her 100% record with her @selecaoportugal vs @DFB_Team prediction?

If this first weekend is anything to go by, there are plenty more #WorldCup delights in store for fans, both on the pitch and on Twitter.

All data references are based on Twitter internal data.