@Tim_Cahill scored what might just be the goal of the tournament and @Socceroos captain Mile Jedinak gave Australia an unlikely lead, but a clinical @KNVB ultimately ran out 3-2 winners in an enthralling encounter that all of Australia can be proud of.

@Tim_Cahill scored what is being widely-hailed as one of the best goals ever scored by a @Socceroo and was unsurprisingly the most-mentioned Aussie player on Twitter, followed by captain and fellow goal scorer Mile Jedinak.

Cahill’s wonder-goal certainly boosted his popularity on Twitter. @Tim_Cahill gained almost 8,000 new followers across the day, breaking his record for the most new daily followers by over 2,500.

Local and international celebrities took to Twitter to hail the @Tim_Cahill strike, felt the tension of every tackle and every pass in unison with the @Socceroos.

There were more than 3.25 million Tweets in during the match window as it exploded all over the world. 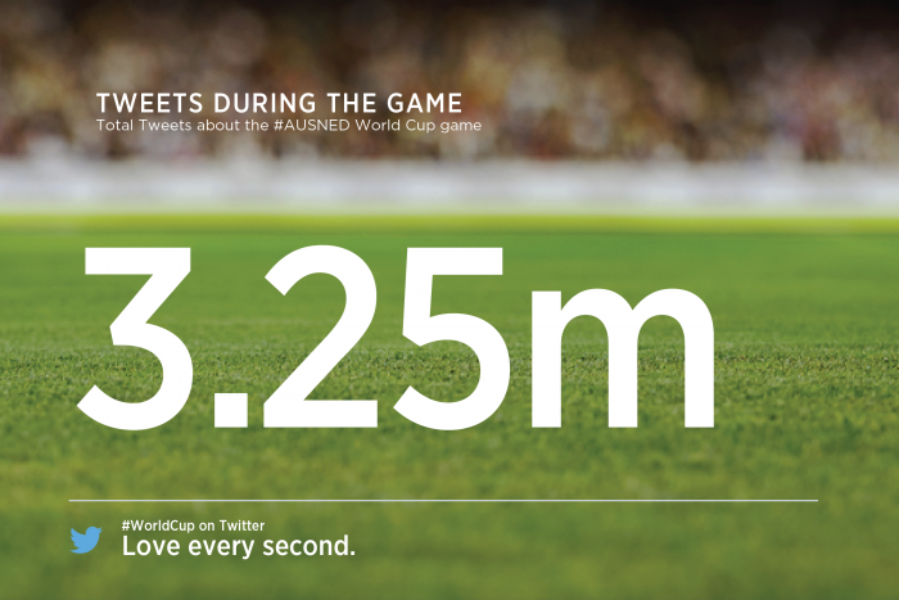 Here’s how the world reacted on Twitter to the biggest moments of the match - http://t.co/gXaBGPOVAn

@Socceroos now play the deposed world champions @SeFutbol in their final group game. With @Tim_Cahill suspended for the next game and possibly having played his last #WorldCup match, it is fitting that the last words go to a player who has been Australia’s talisman for so long.