@HawthornFC dominated the @SydneySwans at the @MCG to take home the Premiership Cup in what was the biggest #AFLGF day ever on Twitter! Congratulations to all #GoHawks players, supporters and staff on becoming 2014 Premiers.

The Hawks took to Twitter to celebrate their big win:

While the Swans were gracious in defeat:

Throughout the game, the @AFL Tweeted out short video replays of the game’s key moments:

Whether you were shouting #GoSwans or #GoHawks on Twitter, it was a busy afternoon for supporters with more #AFLGF related tweets sent today than any previous AFL Grand Final! Here’s how the game played out on Twitter. The key moments were also played out on Twitter, with spikes in Tweets per minute: 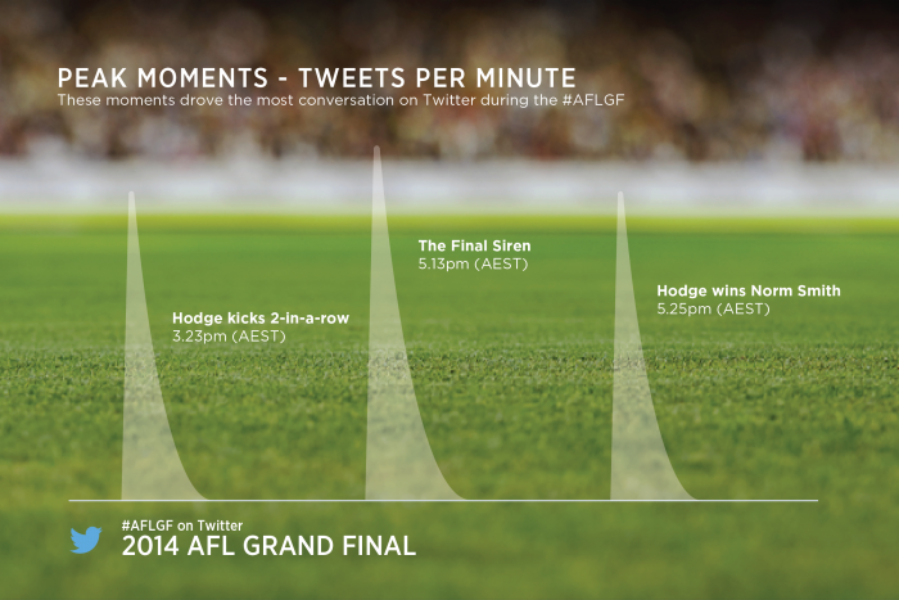 The most-mentioned hashtags throughout the match were: 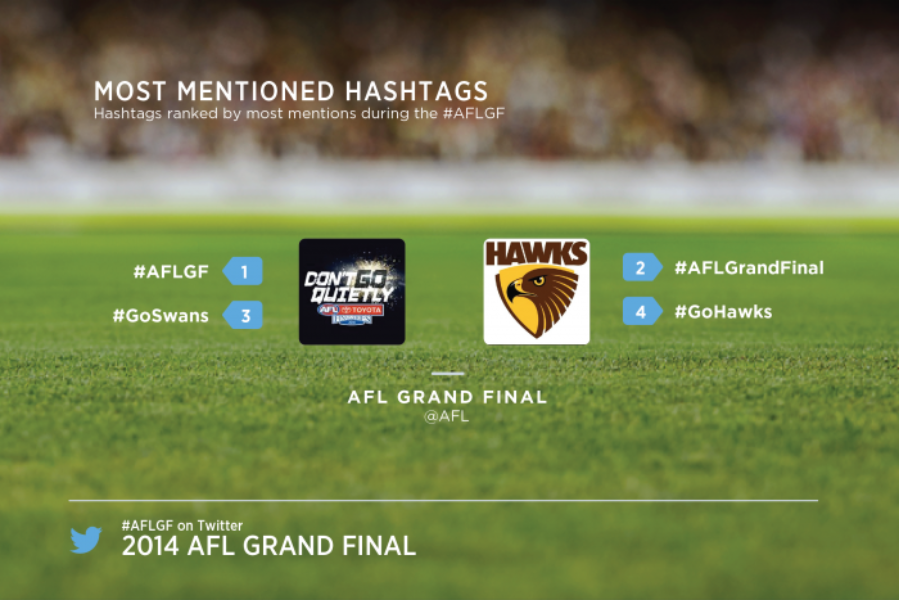 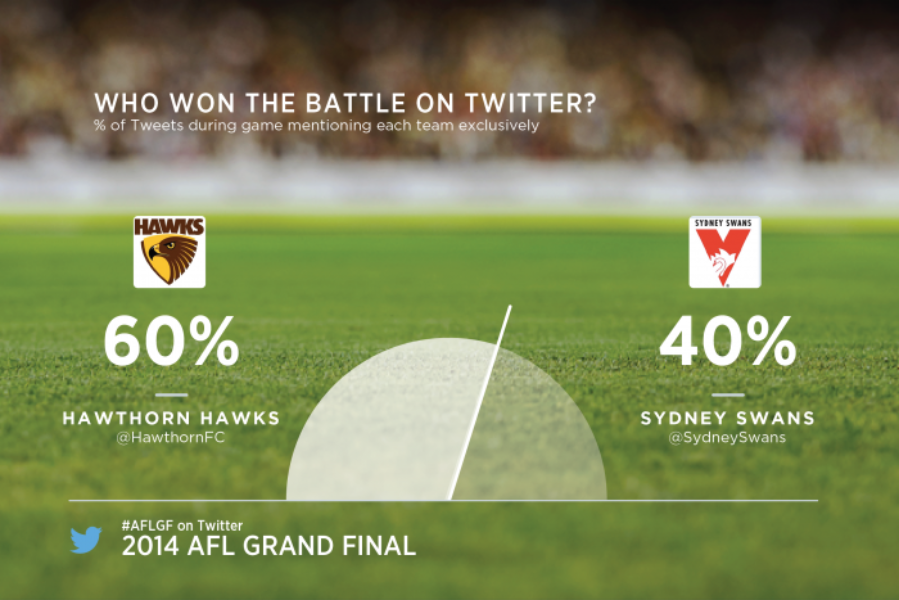 A number of stars took to Twitter to talk about their #AFLGF day:

At the time of publishing Hawthorn players are just starting to Tweet the joys of victory. It’s going to be fun to watch the celebrations unfold as the players tweet over the coming night and days.

As usual with one of the biggest sporting events of the year, Australian brands also got in on the act throughout the game:

And so the #AFLGF is done for another year. Can @HawthornFC possibly make it a three-peat in 2015?

For sports fans, attention now turns to the #NRLGF at @ANZStadium next weekend, so make sure you are following our NRL Finals Twitter list to get closer to the action.