The Twitter highlights from State of #Origin Game Two

Blues fans tonight had their first ever chance to Tweet a series win as @NSWRL took out State of #Origin Game Two 6-4 over the @QLD_Maroon tonight in a thriller at Sydney’s ANZ Stadium. This is the Blues’ first #Origin series win since 2005 - before Twitter existed!

Here’s our review of the game’s highlights on Twitter.

It was another record night on Twitter, with 25% more Tweets than the previously most Tweeted #Origin match.

Despite the long wait, the Blues players, celebrity fans and supporters easily took to the habit of celebrating their win:

And it wasn’t just on the field that @NSWRL were winners. Blues fans also won the Twitter contest in support of their State.

The game-changing, and most controversial, moments also played out on Twitter, with spikes in Tweets per minute at key match moments: 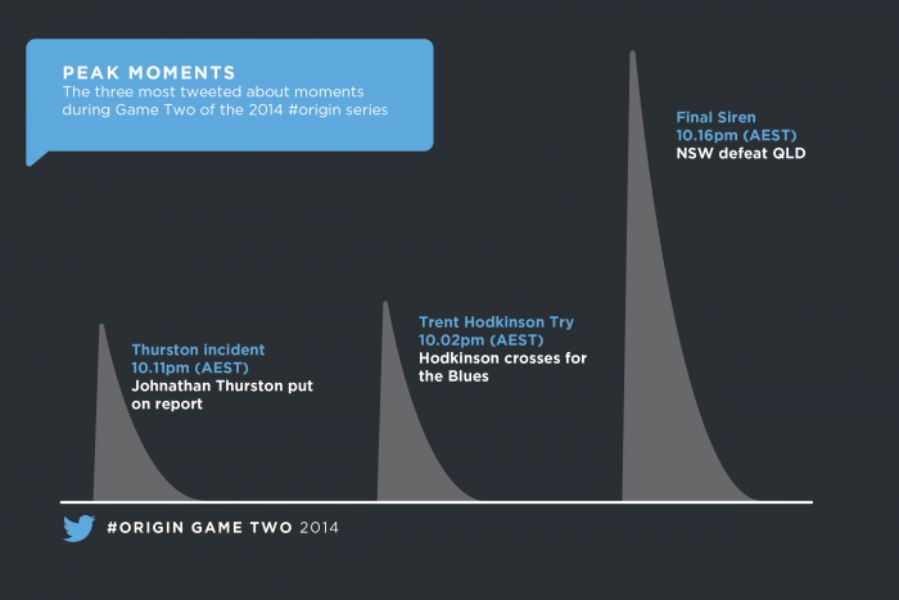 The most-mentioned players were: 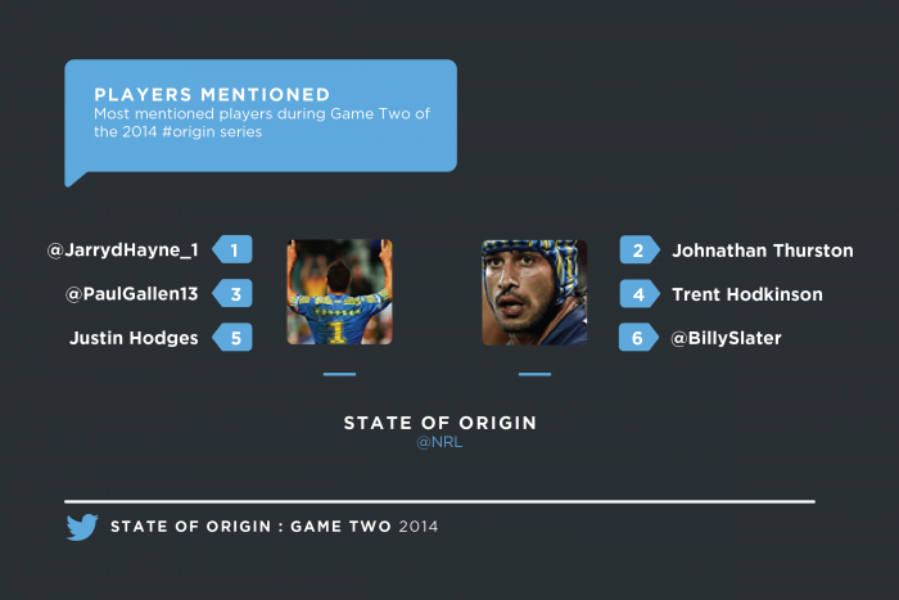 The most-used hashtags about the game: 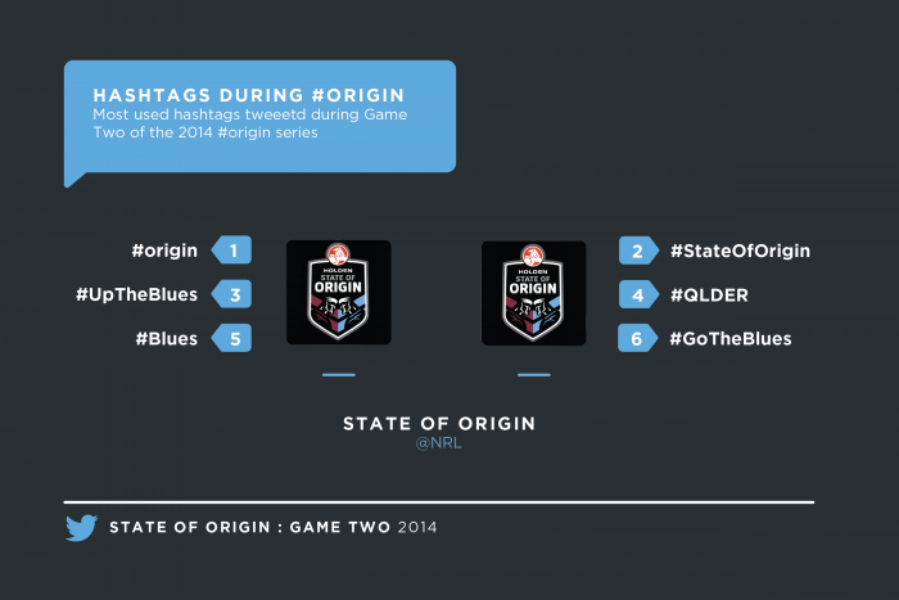 @ANZStadium and Sydney Olympic Park well and truly got into the spirit of celebration, with projections of fan Tweets on the stadium and throughout the precinct.

Australian brands got in on the act throughout the game as well:

So back to Suncorp Stadium the series goes for Game Three, with NSW looking to convert their first series win in nine years to their first clean sweep since 2000.

Keep up to date with the latest #Origin news on Twitter — and support your team in the lead up to Game Three using the hashtag #uptheblues or #QLDER.