Australia (@CricketAUS) have won the 2015 Cricket World Cup in style with a thumping victory over New Zealand (@Blackcaps) on the field. The exciting #CWC15 Final also played out on Twitter, while the winning @CricketAus team took fans into the inner sanctum to share their celebrations.

More than 93,000 cricket fans packed the Melbourne Cricket Ground (@MCG), with millions more around the world following one of the most intriguing tournaments witnessed. Fans flocked to Twitter to share their experiences and celebrate alongside the players, teams, celebrities and cricket lovers from around the world.

A collapse from 150-for-3 to 183-all-out put paid to any hopes of a genuine fight for New Zealand. @JamesFaulkner’s man-of-the-match spell of 3-for-36 and a steady third wicket stand of 112 between @stevesmith49 and @Mclarke23 left @BLACKCAPS with no chance at all.

With 86.4 Million Tweet impressions, the final was the third-most talked about game of the tournament behind the epic Australia v India semi-final and one of the opening games of the tournament when India took on Pakistan. 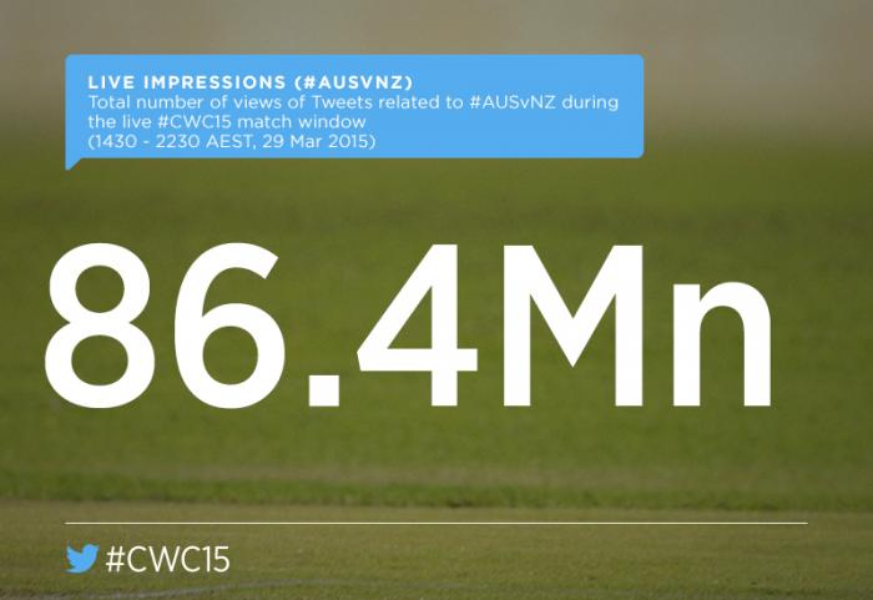 Not surprisingly, Steve Smith’s (@stevesmith49) winning shot was the most-Tweeted moment, while Mitchell Starc’s (@mctarc25) dismissal of dangerman Brendan McCullum in the opening over got fans Tweeting. As Michael Clarke played his last ODI game, his final ODI innings was also one of the most-Tweeted moments during the game. 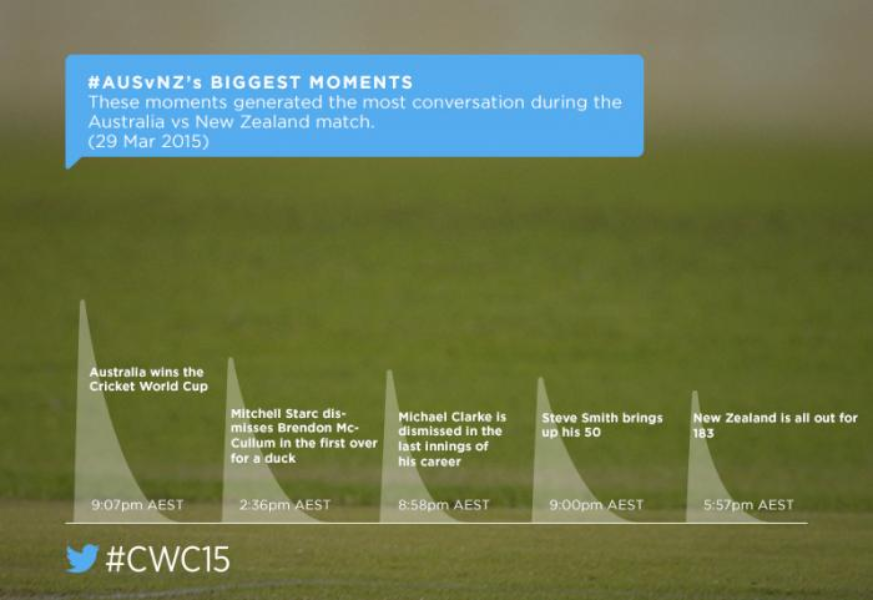 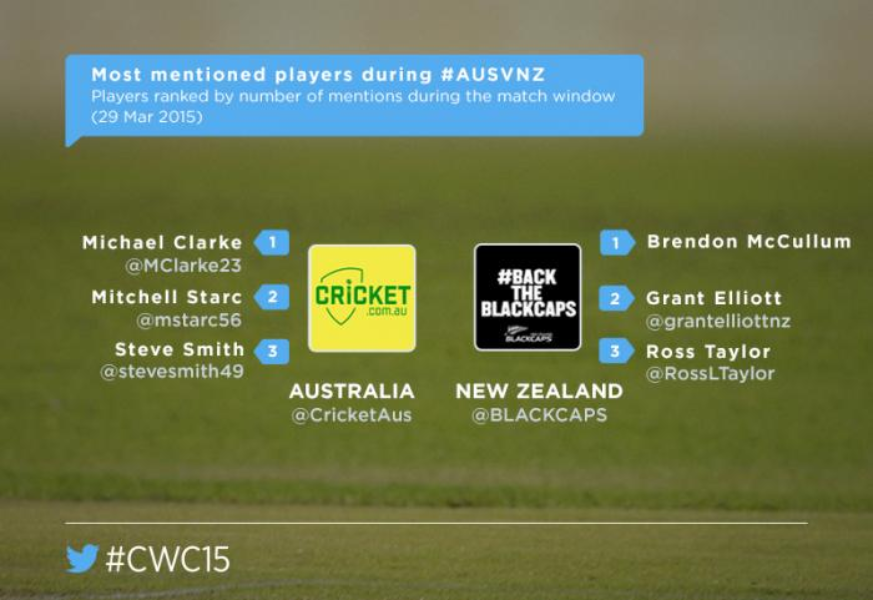 These Tweets will be treasured by Aussie cricket fans for many years to come and adds a record fifth Cricket World Cup Trophy to the cabinet.

Attention now turns to the Australian ‘Winter of Sport’ as the @AFL season kicks-off this weekend, the @NRL season moves into Round Four, the @ALeague reaches it’s conclusion, the @V8Supercars continue to roar, and the @ANZChamps continues the Australia v New Zealand rivalry.