Big-hitters lead the way and the Tweets in #AUSvSL

With a maiden ODI century to Glenn Maxwell (@Gmaxi_32), a third consecutive ton from @KumarSanga2 and, most importantly, a win for @CricketAUS that leaves its #CWC15 destiny in its own hands, #AUSvSL had it all, and it was thumbs up all round.

Throughout the day, our special Cricket World Cup timeline, accessible via a Twitter search for #CWC15, the official match hashtags or by visiting twitter.com/i/cricket, brought #AUSvSL to life for Twitter users as the ideal destination to find the best Tweets, commentary, photos and videos. Here’s how #AUSvSL played out on Twitter.

For @CricketAUS, @Gmaxi was the key and a deserved man of the match, with his 102 off just 53 balls guiding Australia to their highest ever total against @OfficialSLC. This great Tweet from #CricketAUS captured perfectly the type of stroke-play that typified @Gmaxi_32’s innings.

For @OfficialSLC, it was another masterclass from @KumarSanga2 as he became the first player ever to hit three consecutive @cricketworldcup centuries, passing the 14,000 runs in ODIs in the process. Here’s the moment he brought up his ton.

As both teams clocked up big scores, the Tweet scoreboard was also ticking over as Twitter users discussed every moment of the match, resulting in a massive 25 million Tweet impressions in the live match window. 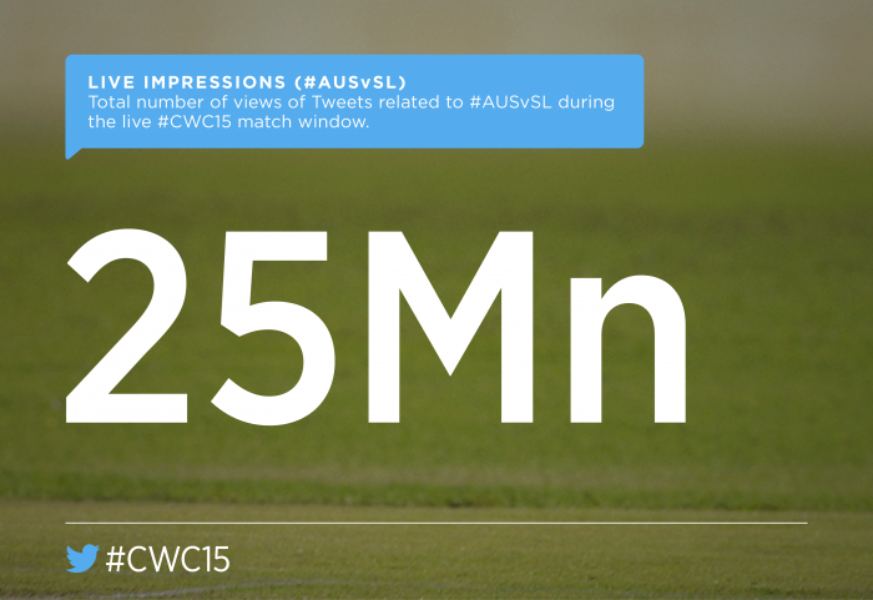 In a match of many exciting incidents, these were the #AUSvSL moments that sparked the most conversation on Twitter. 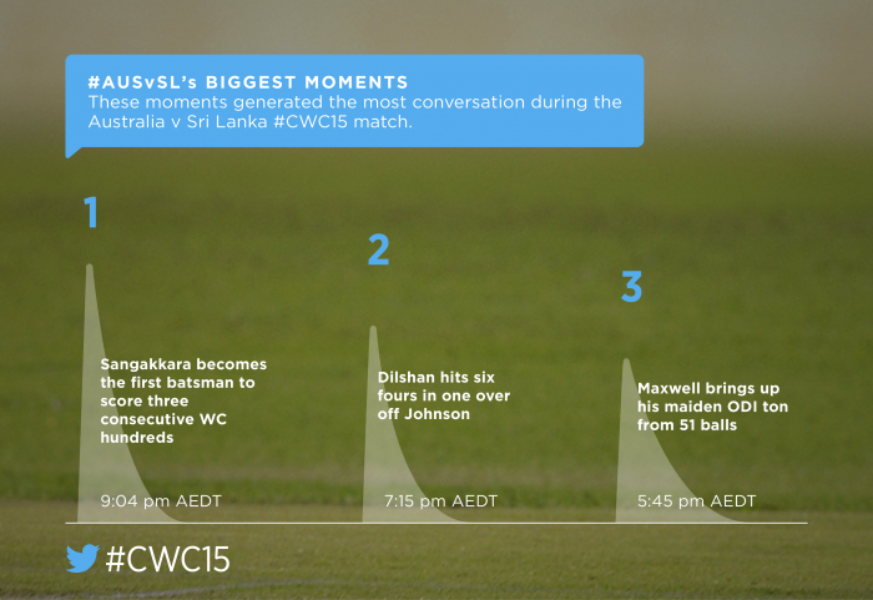 Record-breaker @KumarSanga2 was the most-mentioned player on Twitter, followed by man of the match @Gmaxi_32 and @OfficialSLC’s Tillakaratne Dilshan. Here’s the full list of most mentioned players. 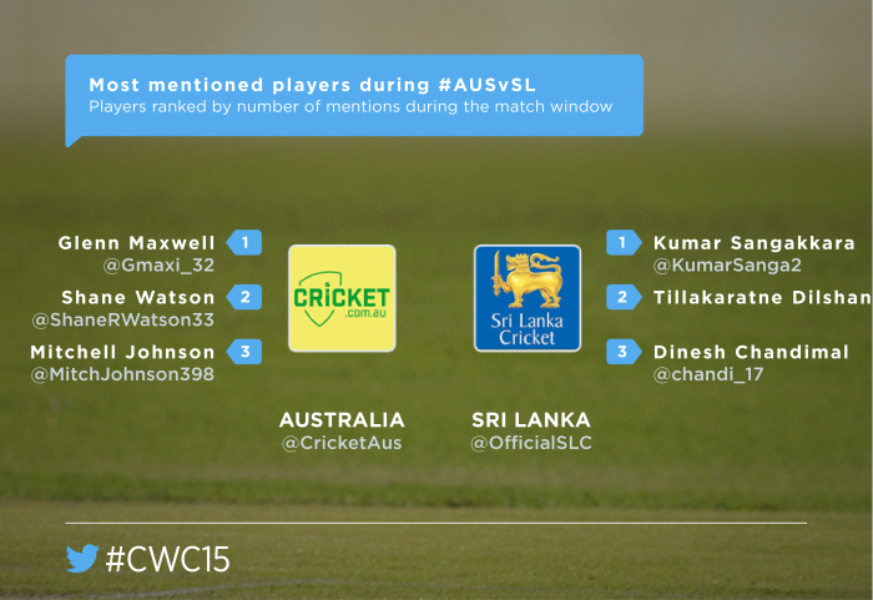 To give you a taste of how the world Tweeted the match, here’s a selection of Tweets from #AUSvSL.

So we’re nearly at the pointy end of the #CWC15 with just a few group games left before we reach the knockout stages. Time for predictions? Here’s one from Indian commentator Harsha Bhogle (@bhogleharsha).