Us Aussies are well-known for our love of travel, both in our own backyard and around the world. For #WorldTourismDay today, we want to celebrate the wanderlust of Twitter users that takes them around the world.

Everyday, people on Twitter talk about their dream holiday destinations and countries and places they’d like to visit. To find out which tourism spots Aussies talk about most on Twitter, we analysed the places that appear most frequently in Tweets related to tourism. Here’s what we found:

Australians dream countries to visit are: 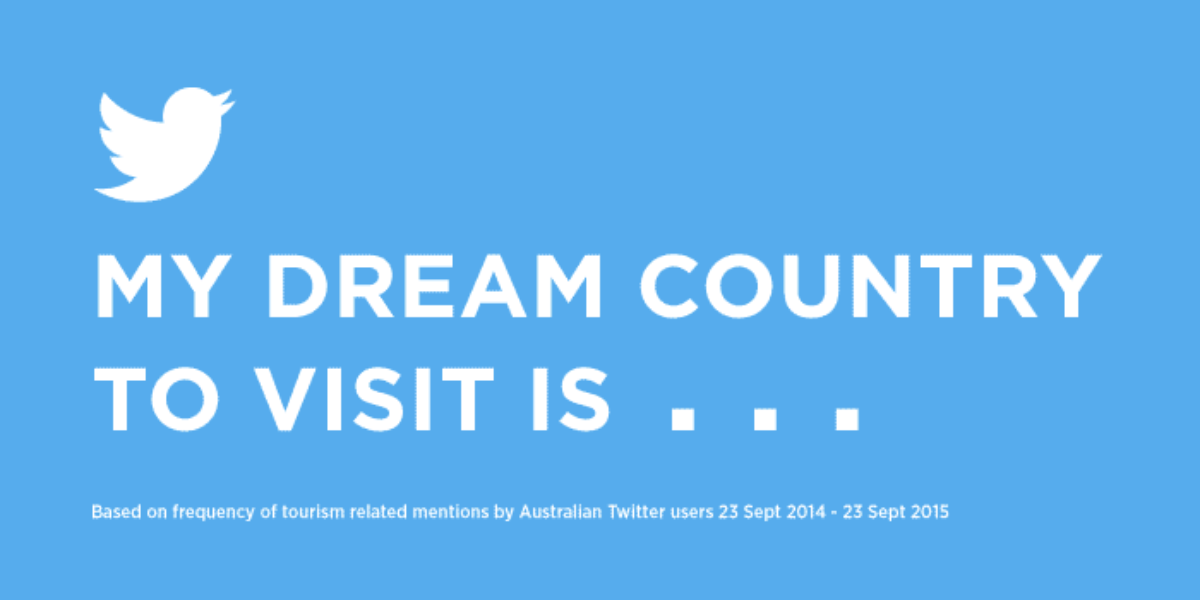 The Aussie cities the locals Tweet most about wanting to visit are: 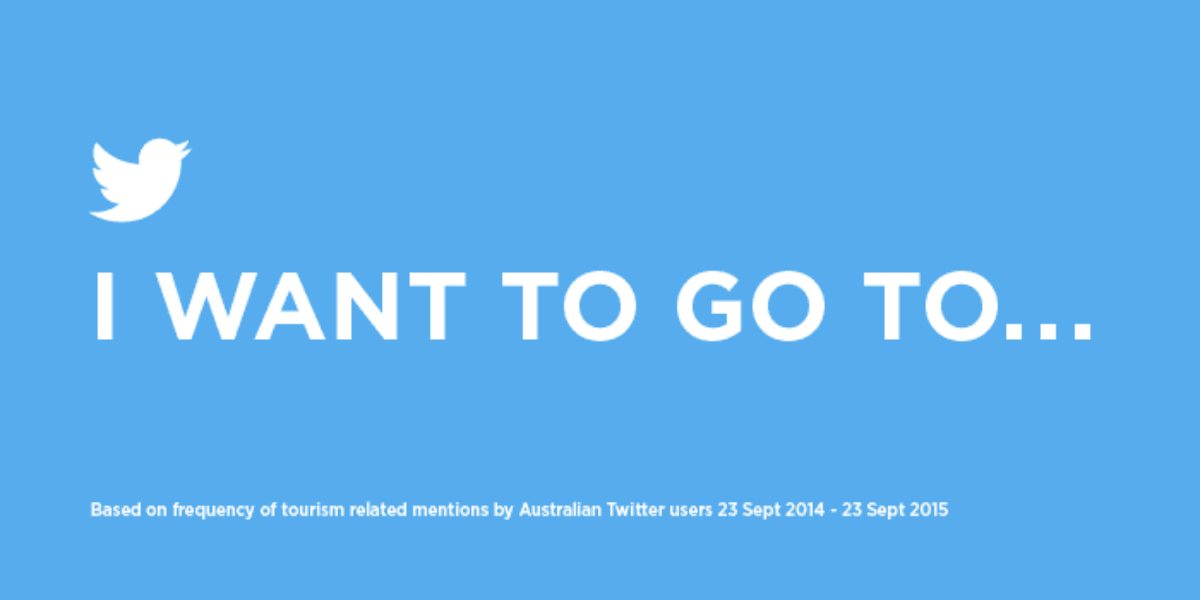 When we looked at the destinations Aussies talk about most, the Great Barrier Reef came in as most mentioned. With images like these Tweeted, it’s no wonder why!

Of course, the rest of the world is also talking on Twitter about where they want to visit, so we looked at what they were saying about Australia.

Here’s the Australian cities that the rest of the world are Tweeting about wanting to visit:

We also analysed the most mentioned Aussie destinations in relation to tourism: 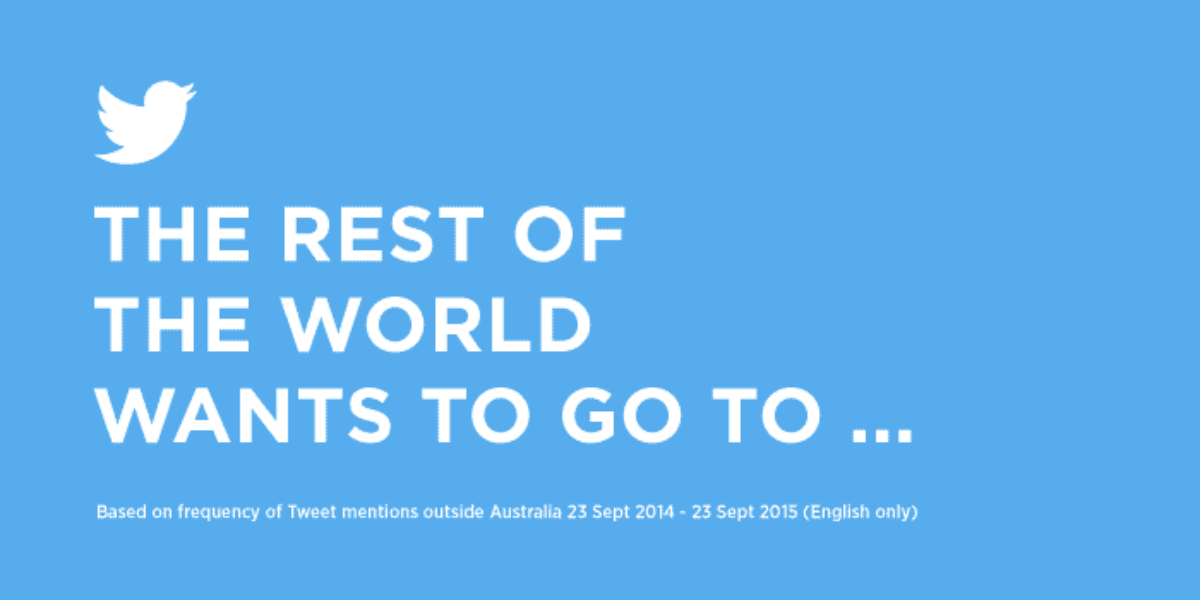 Travel company @helloworldau are encouraging Twitter travellers to share their photos and tips from all over the world to inspire other tourists as part of #WorldTourismDay.

Here’s a selection of some of the user Tweets already submitted.