The FIFA Women’s World Cup 2015 kicks off this Sunday at Commonwealth Stadium in Edmonton, Canada and football (or if you prefer, soccer) fans around the world can track every match, goal and all the news on Twitter. 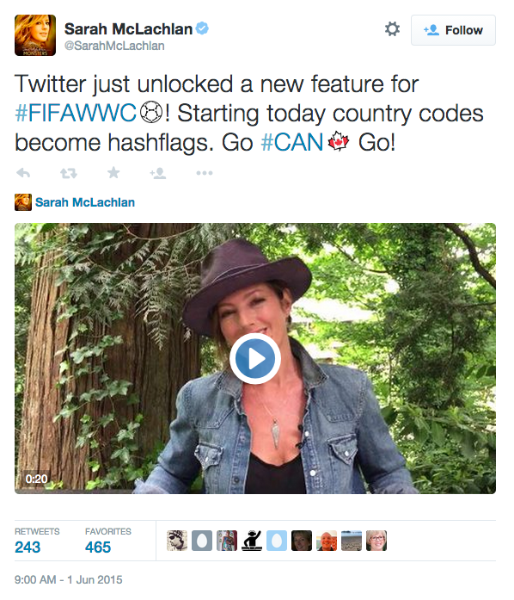 This Tweet reveals via a GIF the three-letter country codes that will unlock hashflags for all 24 teams, including @TheMatildas very own one under #AUS:

The Australian team also has their very own hashtag for the tournament (#GoMatildas) that they have been using throughout the buildup:

Follow the Aussie team @TheMatildas and check out all of the Aussie players in this Twitter list. You may even get to have your questions answered by you fav star, as the players take to Twitter in Canada to host Live Q&As.

And what If Twitter users could pick an all-star 11 for the starting lineup? This Twitter XI squad below is composed of players mentioned the most (by position) on Twitter over the past three months, forming a team that would surely be the envy of any manager in Canada: 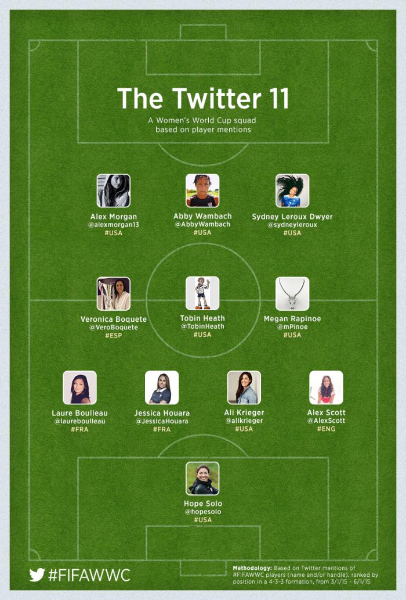