For the first time ever, the #ARIAs award for Best Australian Live Act at the #ARIAs was determined by a Twitter vote, with a total of more than 2.5 million votes pouring in for the 10 nominees.

Global superstars @5SOS garnered the most Twitter votes to take out the prize and joined the #ARIAs via live stream from Los Angeles to accept the award in their pajamas!

The guys thanked their fans for their votes by making a huge announcement.

At one point, more than 460 Tweets about the #ARIAs came pouring in per minute, many of them voting for runners up @VanceJoy and @wearesheppard.

The Twitter vote and fan commentary throughout the night helped the #ARIAs main show and red carpet top the @NielsenSocialAU ratings with over 3 million impressions, making the #ARIAs Australia’s biggest televised award show on Twitter this year.

Here’s a look at how #ARIAs conversation on Twitter lit up around the world: 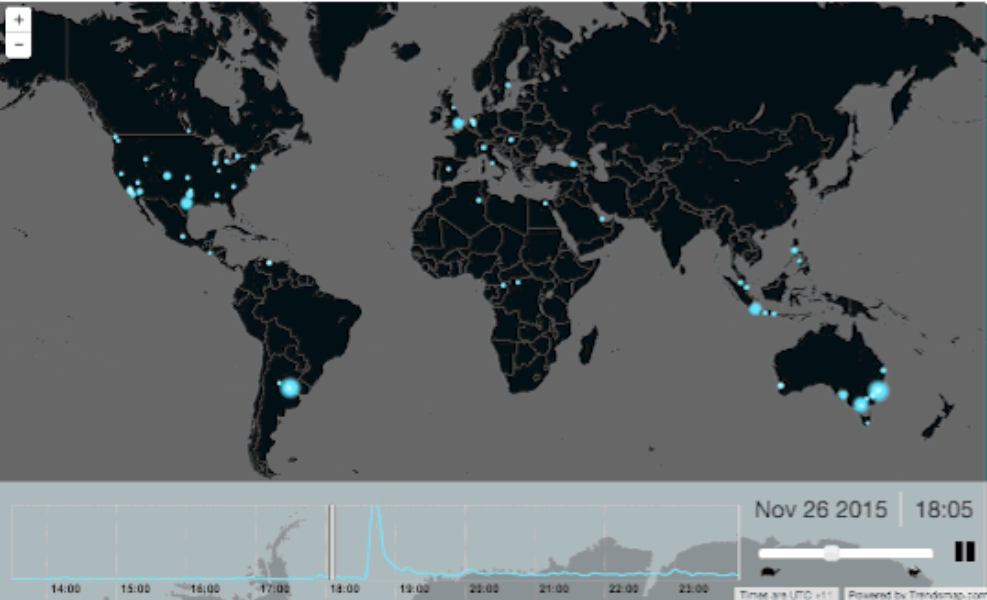 Twitter was front and centre throughout the broadcast, from on-air Tweets from fans congratulating their favourite artists to a cheeky invitation from @oshergunsberg to viewers to slide into his Direct Messages where he’d reveal @5SOS’s big secret (but only if they used the hashtag #ARIAs!).

While they didn’t take home a point trophy, @wearesheppard made their fans winners throughout the day with a live Twitter diary of their #ARIAs experience.

It was a long, hot day for everyone with temperatures soaring in Sydney. The coolest thing on the red carpet was Twitter’s host @AlliSimpson who kicked off the day with exclusive interviews with the biggest #ARIAs’ stars.

Blogger @CartiaMallan was up bright and early getting the scoop on the hottest hair and makeup looks straight from @SonyMusicAu’s pre-party with @JaiWaetford.

With the awards run and won, the after party started backstage where #ARIAs winners celebrated with some #ARIAs challenges on Twitter.

Missed any of the #ARIAs action action? Check out @ARIA_Official where they are Tweeting videos of all the award winners and performances from the night.

Here’s a look at some more of the night’s biggest moments, including the performance by
by female powerhouses @Lisa_Veronica, @JessicaVeronica, @JessicaMauboy, and Hall of Fame Inductee @TinaArena.