How the @AustralianOpen became the social slam

The @AustralianOpen rarely fails to deliver, and in 2015 we witnessed one of the best tournaments yet, both on the court and on Twitter.

Throughout the tournament, tennis fans from all over the world sent over 5.2 million Tweets, many of them Tweeting their favourite players with messages of support and congratulations. Here’s the most mentioned players from #AusOpen 2015. 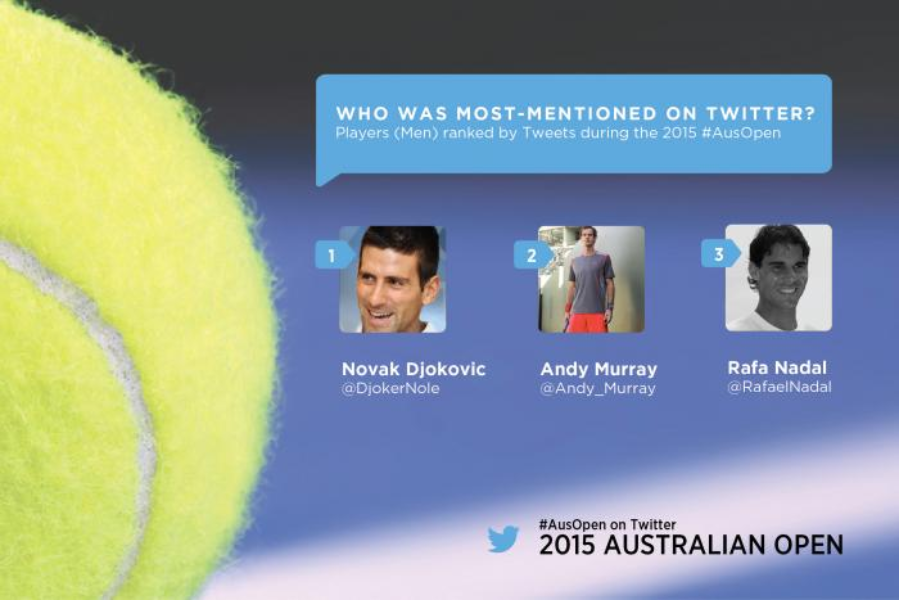 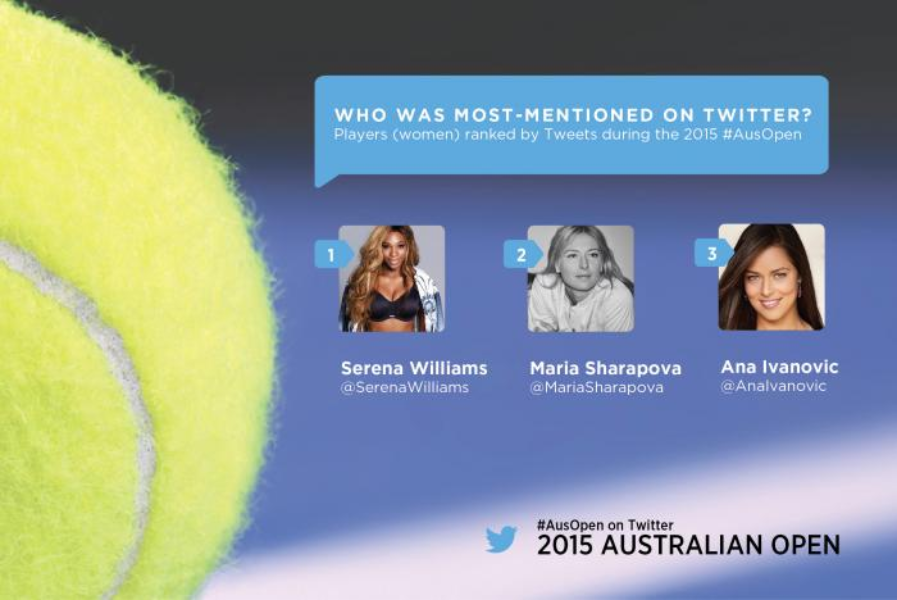 Novak Djokovic (@DjokerNole) was the most-talked-about player throughout the tournament, which, given he won for the fifth time and loves sharing great content, comes as no surprise. His use of video and photos is fantastic and the fans love the insight into his life.

With almost non-stop ‘only on Twitter’ moments Tweeted out by tennis’ biggest stars direct from Melbourne, fans were given special access into life on the international circuit. Here’s how some of our favourites used Twitter to share exclusive pictures, videos and their view of the action from the #AusOpen.

Meanwhile, the @AustralianOpen account was mentioned over 500,000 times and gained 80,000 new followers, an impressive 33,000 of them coming on the first day of play. The #AusOpen hashtag was used 813,000 times by tennis fans around the world.

The #AusOpen Social Shack returned in 2015, this time with a Twitter Vending Machine, where fans could “Tweet for a treat.”

The Social Shack was also the home of @AustralianOpen Twitter takeovers, where players answered fans questions from all over the world, exclusively on Twitter, while also making the most of the giant #AusOpen hashtag.

While on court, the players featured in a huge array of instant replays shared by the @AustralianOpen and official broadcaster @7Sport accounts on Twitter within seconds of it happening live.

Not to mention an amazing video from inside @DjokerNole’s championship trophy. Talk about exclusive access!

@7Sport also gave fans on Twitter the opportunity to ask players a question in the post-match interview, on-court and straight after victory.

So with the first Grand Slam of the year won and done, we now look ahead to the French Open (@rolandgarros), @Wimbledon and the @usopen. Can they scale the same heights as the Aussies in becoming a great ‘social slam’? Only time and the Tweets will tell.

Until then, we’ll leave you with thank you Tweets from this year’s Australian Open singles champions @SerenaWilliams and @DjokerNole.

See you back in Oz next year, where the locals will hope star @NickKyrigos gets to hold the trophy aloft.