In anticipation of the theatrical release of “Star Wars: Episode VII The Force Awakens,” we partnered with Disney and Lucasfilm to create custom Twitter emojis, giving Twitter users the ability to share their enthusiasm for the ever-evolving Star Wars universe.

A variety of custom emojis will be released in honor of the upcoming film, including iconic legacy characters and a handful of new characters from #TheForceAwakens. The first three #StarWarsEmojis debuted today during the Star Wars Celebration, the ultimate fan experience, in Anaheim, California: 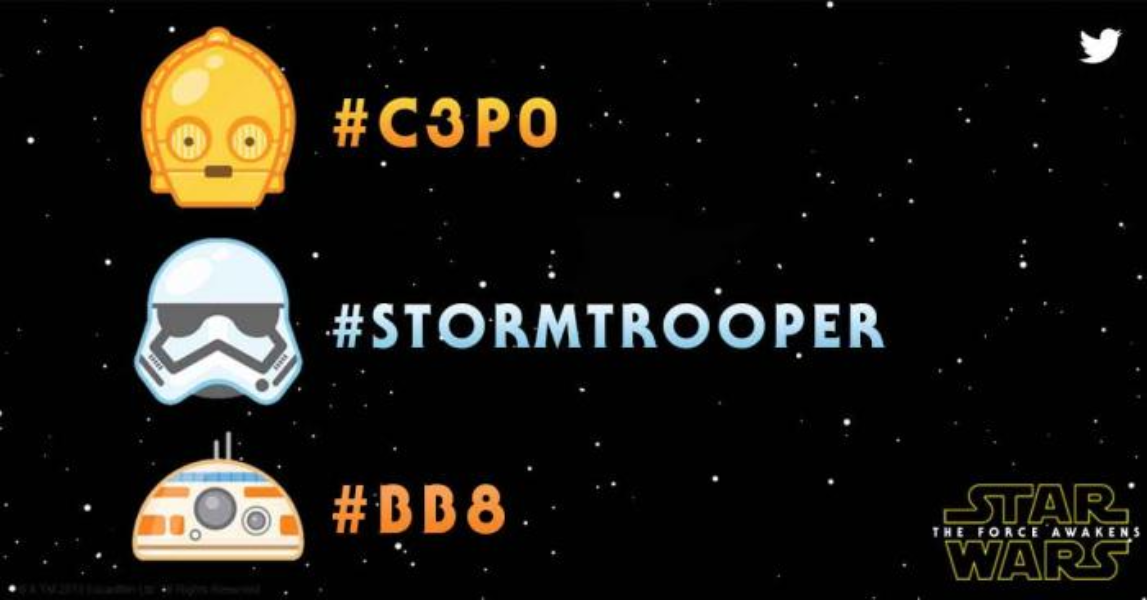