The 2015 @AFL and @NRL finals series get underway this weekend and fans will be joining the conversation on Twitter like never before.

To celebrate the opening weekend of the finals, show support for your club with the launch of new Twitter emojis.

Starting today, Twitter emojis will show up when any user Tweets using specific dedicated team or match hashtags. The feature will be live until the end of both the #AFLFinals and #NRLFinals series.

Each official club hashtag will trigger a Twitter emoji version of the relevant club crest: 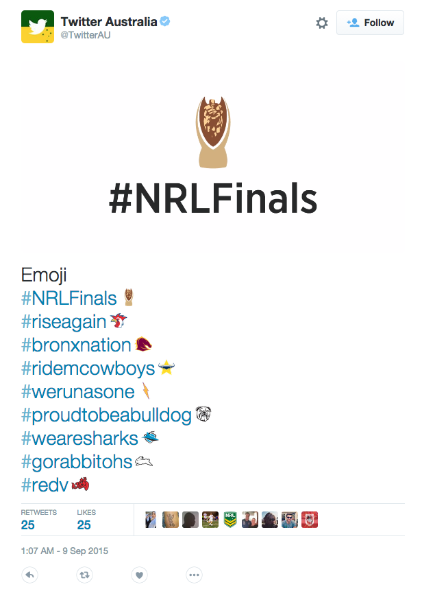 You can also use the official match hashtags to trigger a special trophy Twitter emoji — using #AFLFinals or #NRLFinals will add a trophy to your Tweets.

These Tweets from @AFL and @NRL introduced the footy finals Twitter emojis to the world: 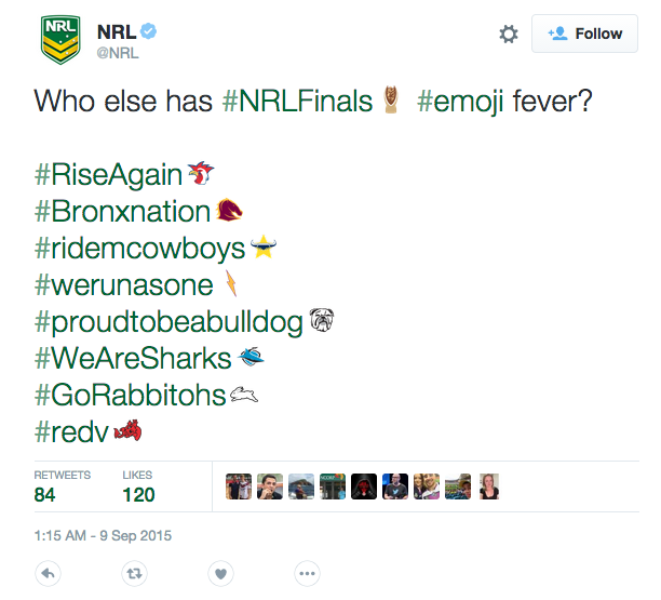 It’s a little something special to kick off what is sure to be two exciting finals series, and some of footy’s biggest stars and celebrity fans are already getting in on the fun of finals Twitter emojis. 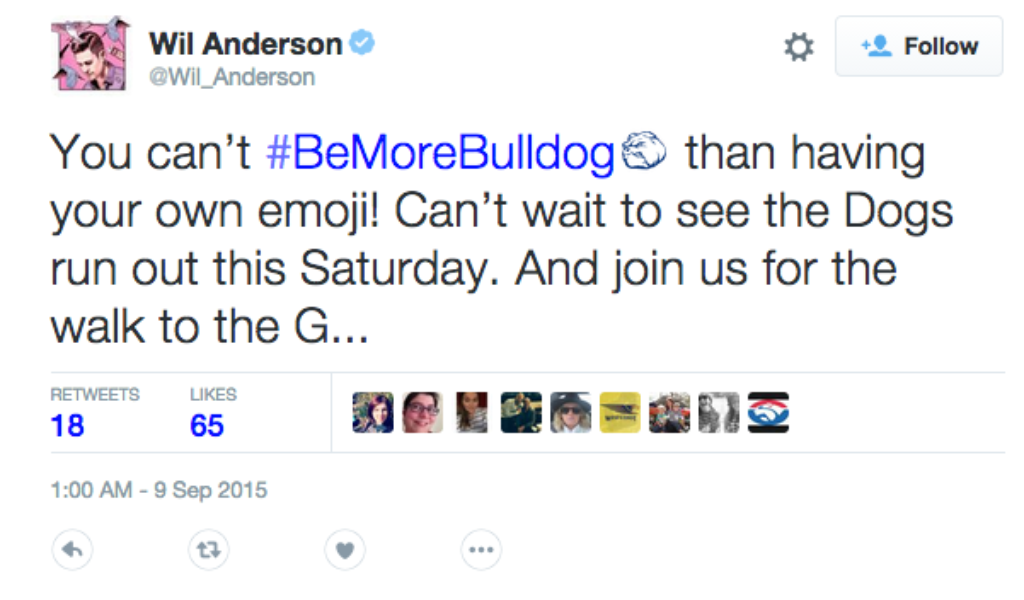 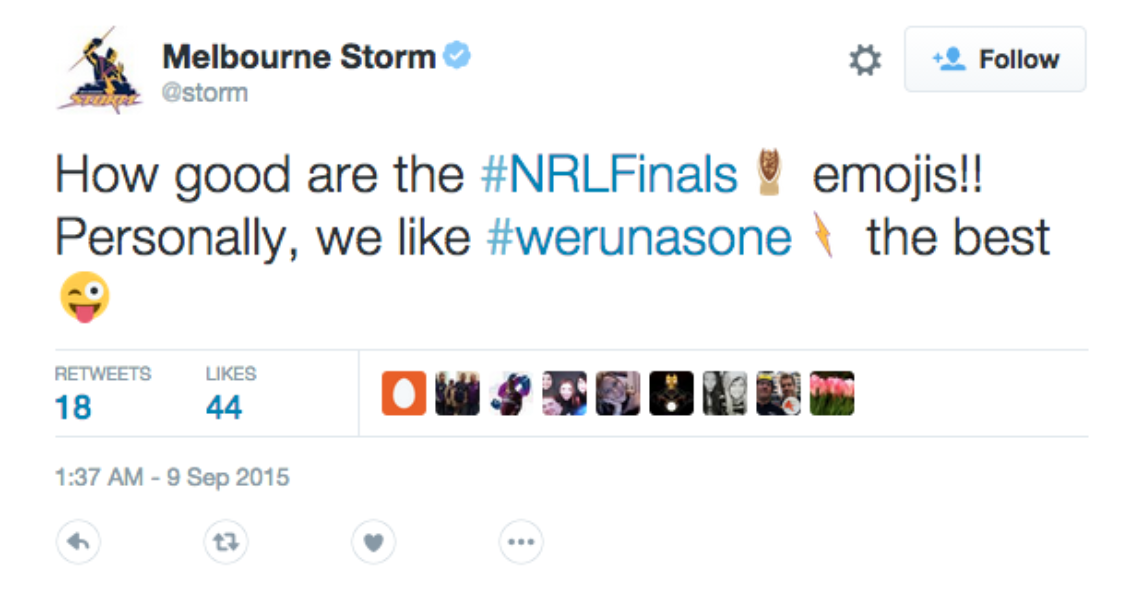 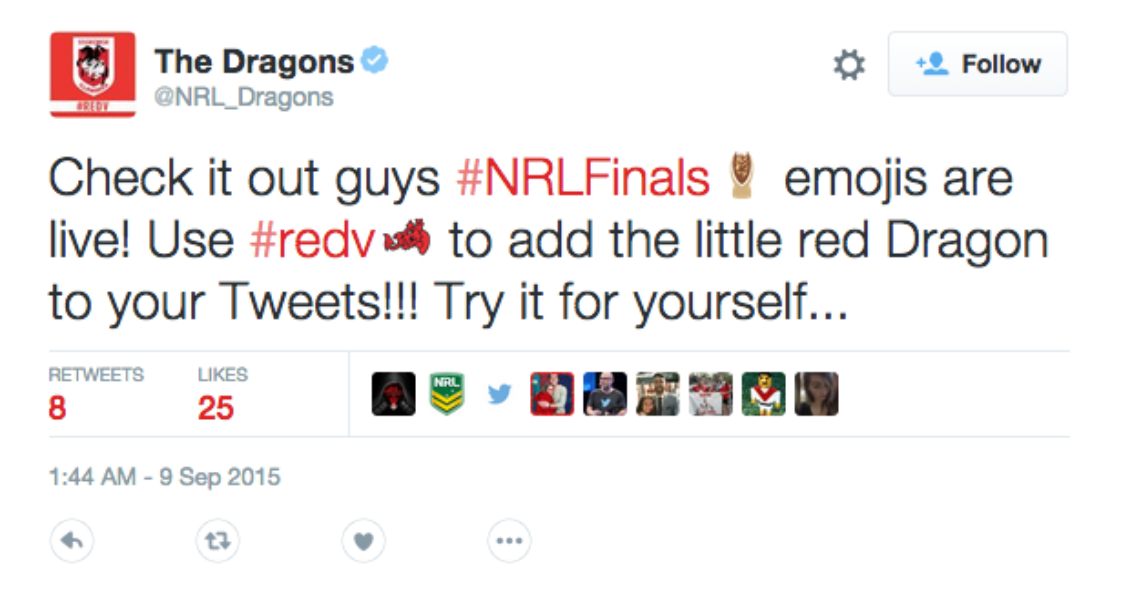