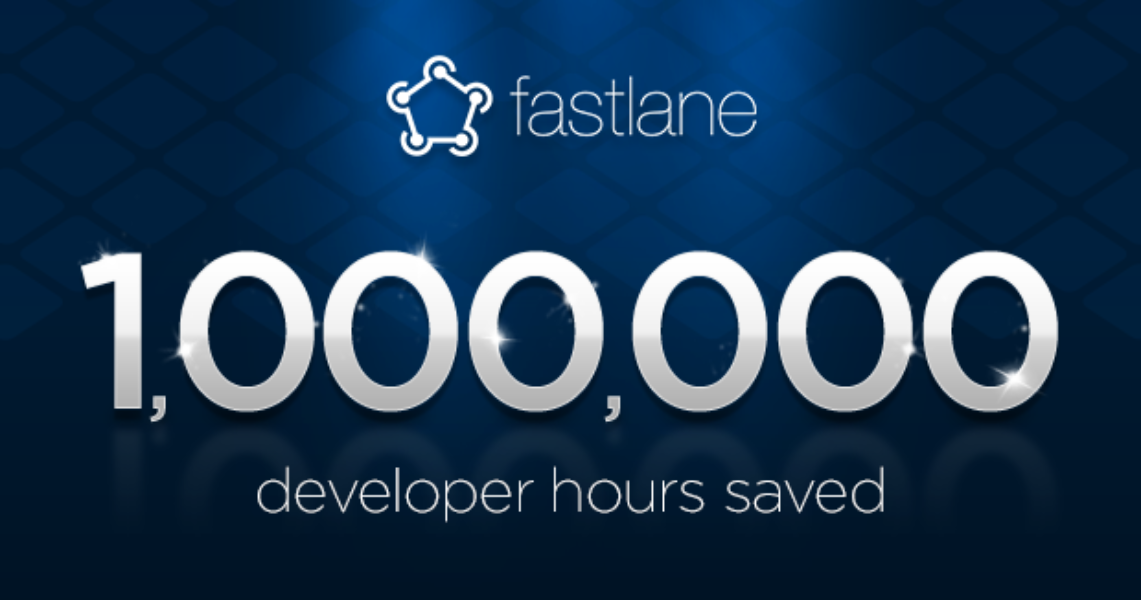 Four years before joining Fabric, I was building an iOS app with two other developers. We were so excited to push the latest update to our customers, but we had to spend an entire day taking & uploading screenshots + figuring out how to use iTunes Connect. It was incredibly frustrating and I knew there had to be a better way.

Fast forward to 2015: I wanted to solve this pain for myself and other developers once and for all, so I built and launched fastlane to streamline the entire app deployment process. What use to take days or weeks now takes minutes — or even seconds — using fastlane. Then 8 months ago, I had started monitoring how much time fastlane is saving for the community.

Today, I’m thrilled to share that fastlane has saved over 1 million developer hours. On behalf of the Fabric team, I’m humbled by the incredible response for fastlane thus far. I never imagined its impact would be this large.

With 1 million hours being equivalent to over 114 years, my Fabric colleagues and I were excited just thinking of all the cool things developers could do with all that time back. A few ideas we had:

We look forward to continue supporting you in your app development journey. In the meantime, let us know what you’ve done with the time you saved — we’d love to hear it!