Aussies will be heading to the polls this Saturday 2 July and Twitter has been buzzing with #ausvotes conversation in the final weeks of the campaign.

We’ve already seen millions of Tweet impressions using #ausvotes, and with a few days left until election day, Twitter will be the best place to be for all the commentary, canvassing and last minute vote pitches from candidates and party leaders.

Here is a breakdown of the the most mentioned #ausvotes party leaders and parties since the election was called on May 8: 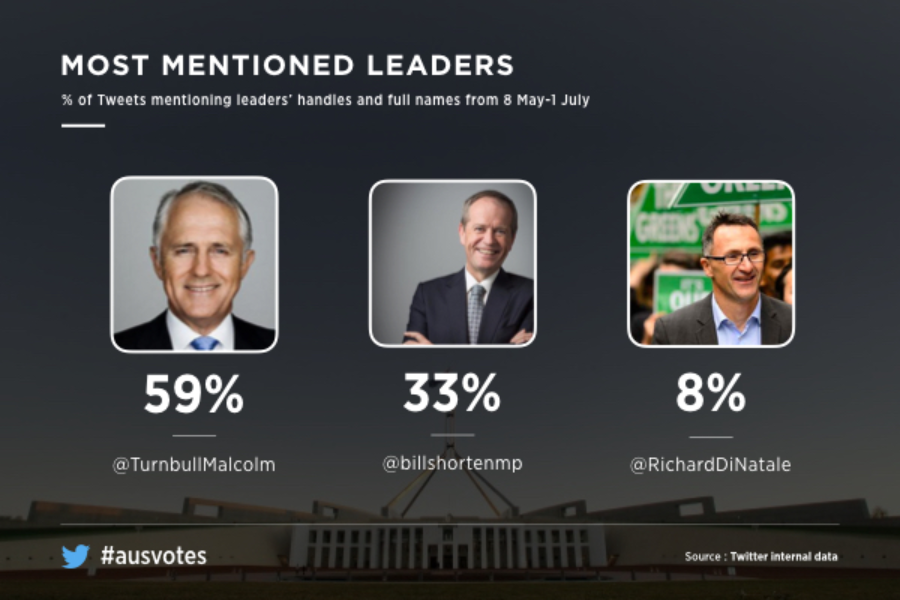 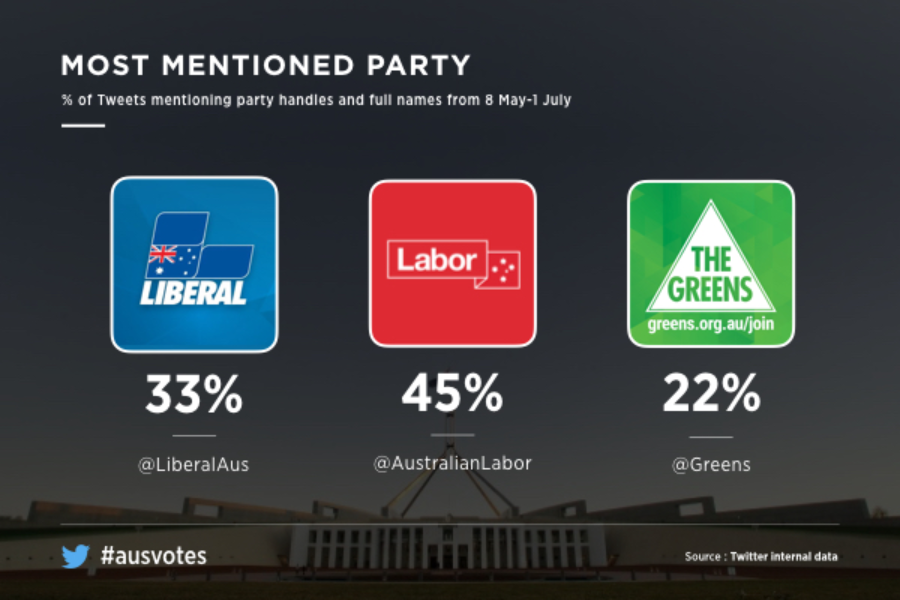 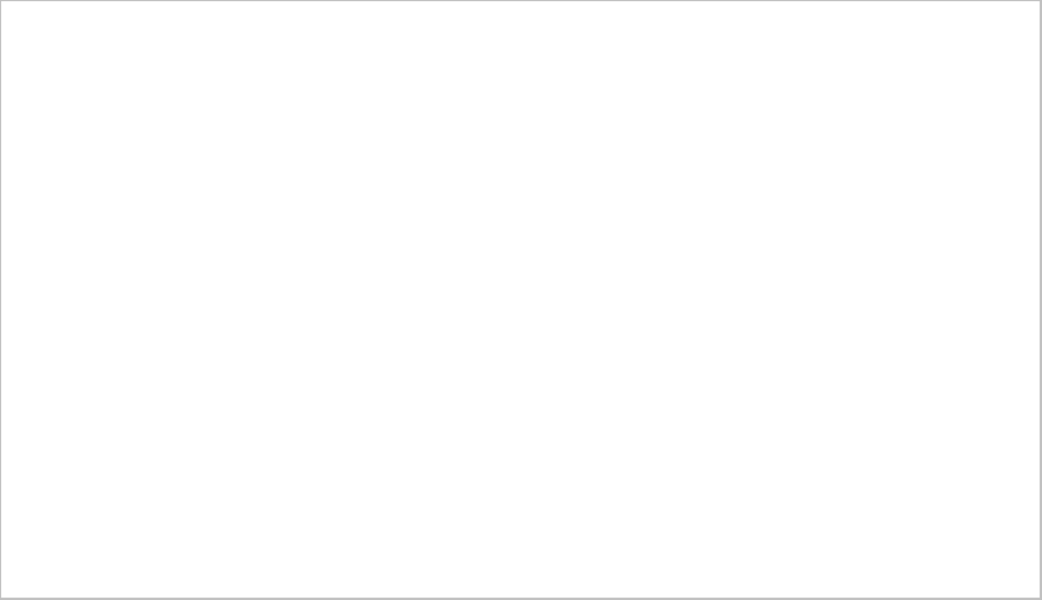 They say the only poll that matters is the poll on election day and on Saturday thoughts will inevitably turn to the one of the most unique features of Aussie elections: the choice between sausage sizzle  or cake stall?

This year @TwitterAU, in partnership with our friends at @proxima_io, are taking the guesswork out of where to vote and which polling stations have your favourite election day treats.

Working out where to vote is easy, simply send a Tweet to @AusPolling using #ausvotes asking where your nearest polling station is or use emojis to ask:

You’ll then get an instant personalised reply from @AusPolling telling you not just the location of your closest polling booth and it’s accessibility, but also if they’ll have the tasty sausage and cake treats you seek!

Celebrity chef Shane Delia (@shanedelia) will be visiting polling booths around Melbourne and to cook #ausvotes democracy sausages and share his best tips on how to cook the perfect snag. Keep an eye on his Twitter account @ShaneDelia for details, locations and videos on his sausage sizzle road trip. 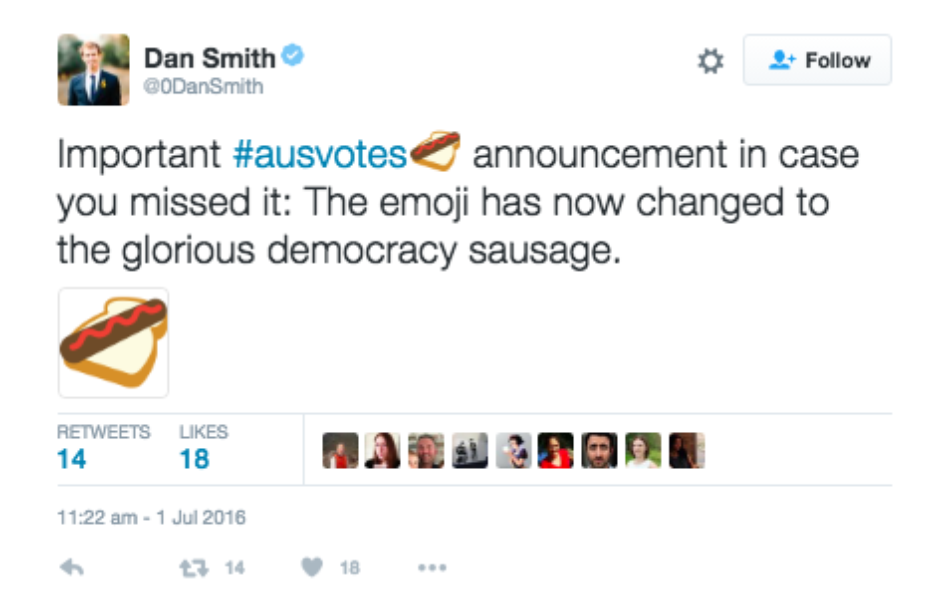 Twitter as the second screen to your election television broadcasts

Join Twitter users on the world’s biggest couch and share in the national election night conversation from the comfort of your lounge room as you watch the live television broadcasts. Twitter is the perfect election night companion to follow the commentary and latest reactions as the votes are tallied and the seat count unfolds.

Here are some the TV accounts to follow on election day:

Not in front of your TV and want to receive live count results? The ABC Twitter Newsbot will also tell you the latest results as they happen. Simply Tweet your questions to @ABCNewsBot and you’ll get an instant personalised reply.

Here are some of the party accounts to follow on election day:

Here are some of the candidates and pollies accounts to follow this week:

In every election Twitter is the key social platform for journalists and newsrooms. It’s the only tool that allows you to break news, share your coverage and discover real-time, public content from the scene and from the source.

To reflect this the University of Technology, Sydney will be launching their own news channel @UTSreports to cover election day exclusively on Twitter and Periscope. The team will be delivering 140-second video updates every 15 minutes as well as additional updates through the accounts of their team of more then 25 reporters. The #UTSreports team will be reporting from highly anticipated seats such as Grayndler, Parramatta, Gilmore and New England while utilising the Twitter #BlueRoom as their Sydney based studio.

For all the latest from the team follow @UTSreports as well as the #UTSreports hashtag.

See the best of the #ausvotes Twitter conversation on ⚡️@MomentsAU with our dedicated #ausvotes tab. Tap ‘Follow’ on the special live Federal election Moment to get updates into your timeline from our team curating the best of Twitter on polling day. 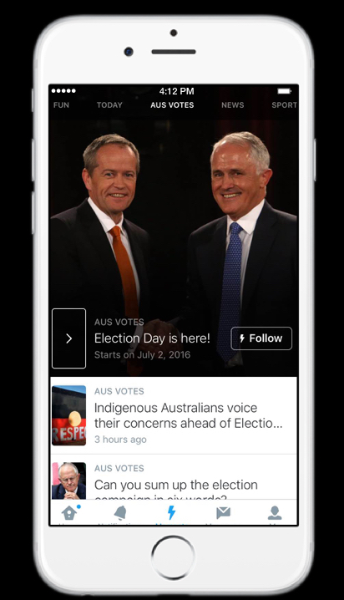 For all the latest updates from pollies, punters and pundits throughout election day follow #ausvotes and @govAU.