Join the Paralympics conversation on Twitter with hashtags and emojis

The Rio 2016 Paralympic Games (@Rio2016) kick off this week with the #OpeningCeremony at Maracanã Stadium in Rio de Janeiro, Brazil. Aussie fans can keep up to date with all the action on Twitter by following the Australian Paralympic Team (@AUSParalympics) and by Tweeting using special #Paralympics hashtags and emojis. 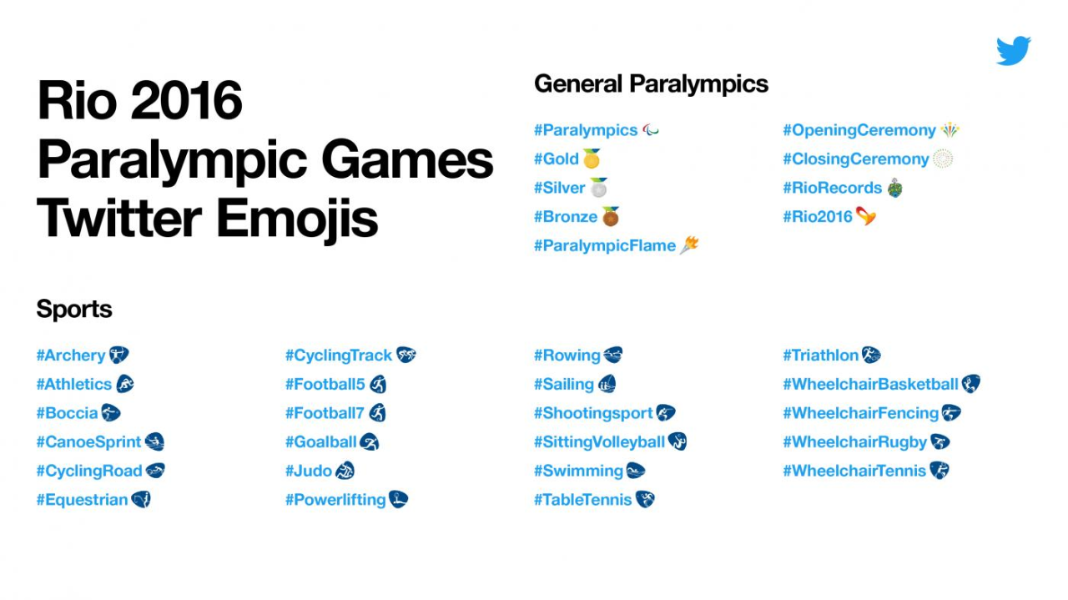 You can join the conversation by Tweeting using the hashtags #Paralympics, #ParalympicFlame, #OpeningCeremony, #ClosingCeremony, and #Rio2016. In addition, you can Tweet using hashtags for each sport and they will automatically unlock a special emoji. Hashtags are available in seven languages: Portuguese, English, Spanish, French, Japanese, Korean and Arabic.

In the lead up to the #OpeningCeremony you can help virtually light up the #ParalympicFlame, as it is tours five regions of Brazil, before arriving in Rio de Janeiro. To help light the #Paralympics flame send a Tweet using #Paralympics.

You can also stay up to date with all the latest from the #Paralympics through Moments. You can access Moments by tapping on the lightning bolt tab and stay up to date on the latest results, medals and other competition highlights.