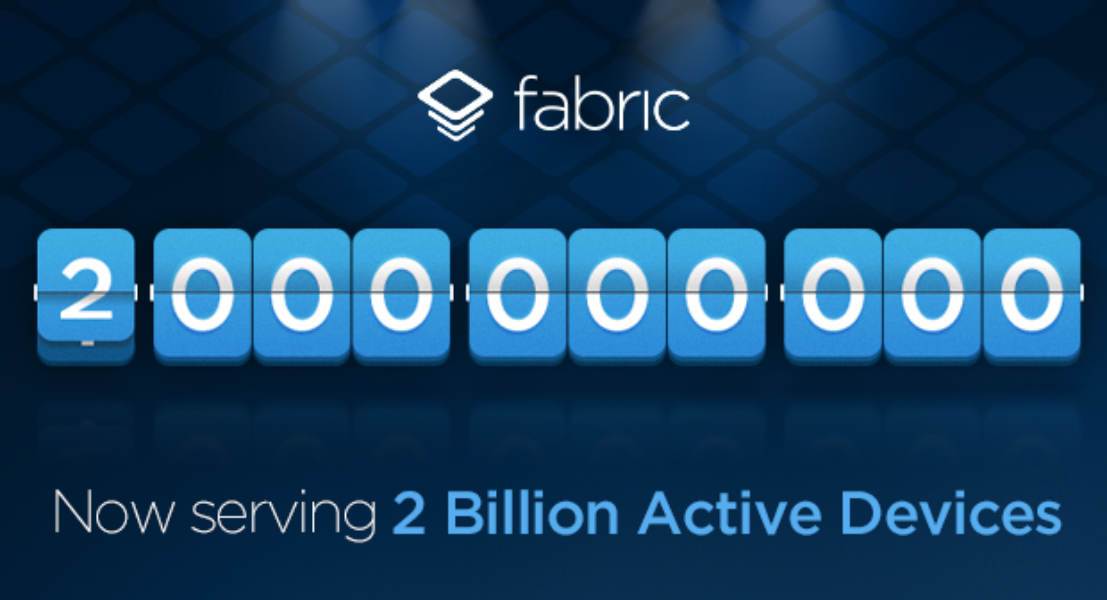 Ever since we launched Crashlytics four years ago, our mission has always been and remains the same: to build tools that mobile app development teams love. That’s why we built Fabric, which reached a huge milestone last July by serving over one billion active devices around the globe.

Today, just nine months after reaching our first milestone, we’re proud to share that we’ve doubled our previous achievement: Fabric is now serving over two billion active devices — measured on a 30-day basis — on both iOS and Android.

It’s been an amazing journey to see Fabric being used and trusted by tens of thousands of top apps around the world. Thank you for trusting your business to Fabric and Twitter; we take that commitment seriously and look forward to continue supporting you in building the best experiences for your customers. Let’s put a dent in the universe together.

The #HelloWorld developer tour will be coming to Sydney on April 27.

We’re on the road to meet developers, learn about what you’re building and share some of what we’ve been working on. Join the Twitter Platform team to hear about what’s new and how to make your solutions come alive. We’ll also be joined by local industry leaders who will share more about the technologies they’re using to build the best apps and solutions.