Music fans from across Australia descended on Byron Bay over the weekend for the 16th annual Splendour in the Grass (@SITG), Australia’s much loved music festival. Fans and artists turned to Twitter to join the #SITG2016 conversation and discuss everything from their favourite performances to festival fashion, food, and even snakes in the grass!

This year there were more than 9.4 million views of Tweets about Splendour in the Grass. With the three-day festival now at a close, here’s a wrap of the weekend’s biggest highlights, most-buzzed about performances, most Tweeted emojis and more.

These were the most talked about performers from #SITG2016: 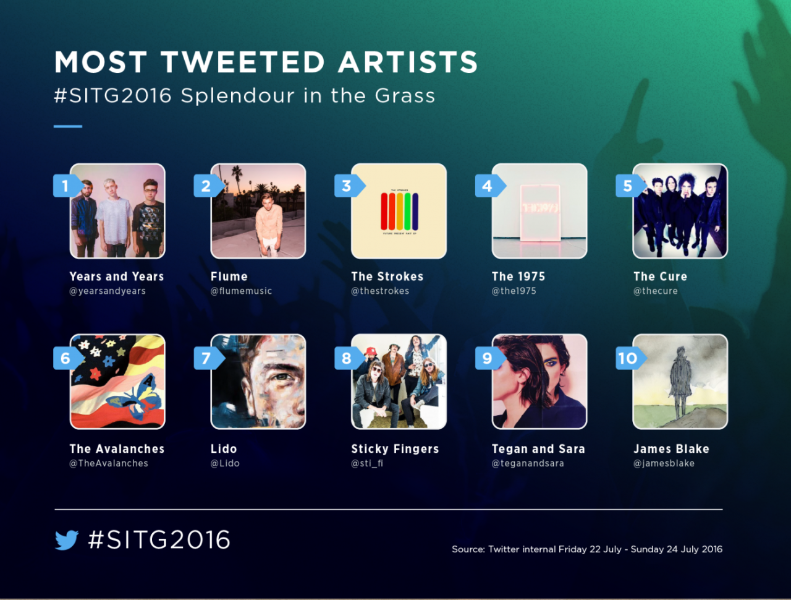 Fans shared their take on all the #SITG2016 music, fashion and transport and Tweeted about their epic feels for those suffering FOMO at home. 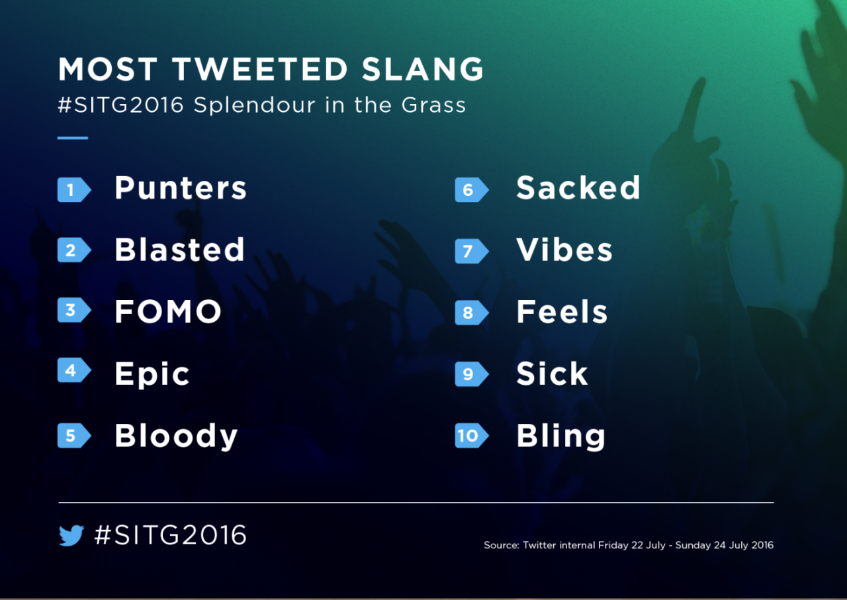 Splendour in the Grass attendees were enjoying taking pics and snapping selfies, as the weekend’s most Tweeted emoji was the camera.

And of course it wouldn’t be a music festival without all the bohemian-inspired fashions and a throwback to the 60s proving a style winner: 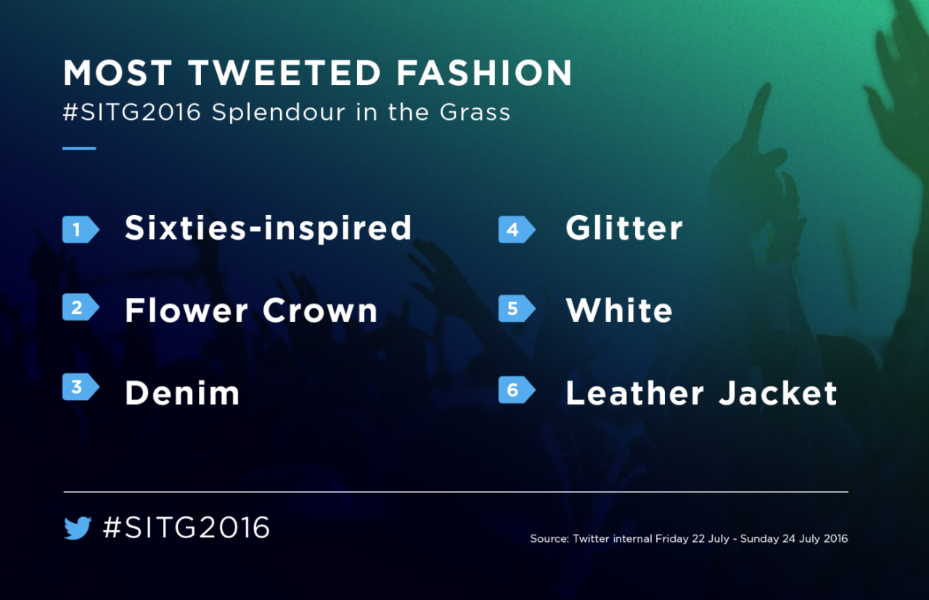 Twitter’s roving reporter @nicwkelly took everyone on an exclusive behind the scenes look at #SITG2016, live-Tweeting backstage videos and photos throughout the festival.

For more information on Splendour in the Grass follow @SITG and we’ll see you in Byron next year!