How #IndigenousVotes got Aussies talking

The Australian Indigenous community have been embracing Twitter to share their perspective of the 2016 Federal election campaign, including @NITV journalist and community leader Stan Grant, who today kicked off a discussion encouraging people to Tweet their views on issues that mattered to them using #IndigenousVotes.

The campaign launched on what would have been the 80th birthday of the late Indigenous land rights campaigner Eddie Mabo with this Tweet:

#IndigenousVotes trended nationally across the day with many Australians sharing their feedback.

And before long Australians of all backgrounds were engaging with and joining in the discussion.

Here are the top five terms that were Tweeted alongside the hashtag #IndigenousVotes: 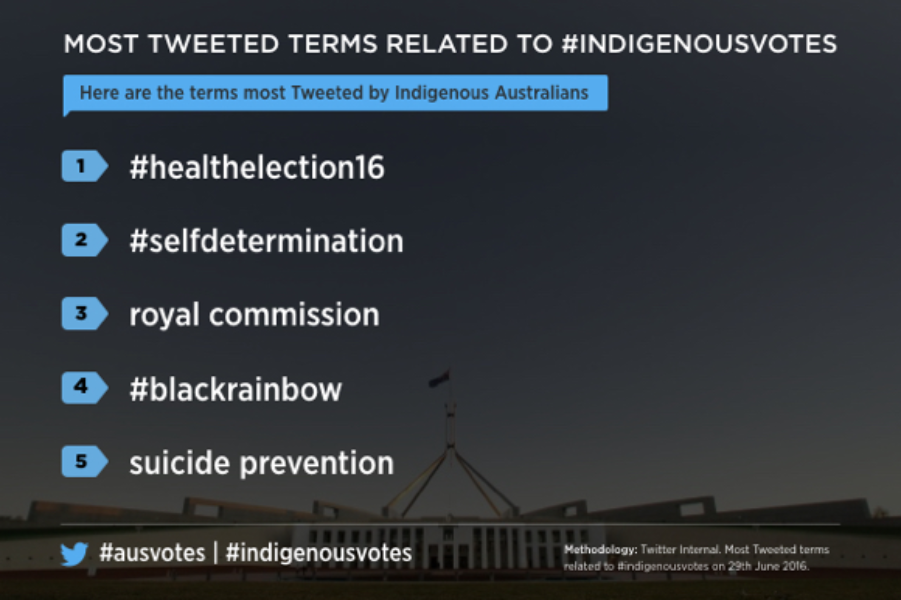 While there is still a lot of work to do, Twitter is proud of our commitment to support the Indigenous Australian community and to empower Aboriginal and Torres Strait Islander people to utilise Twitter to share their stories and strengthen their causes.