How #WT20 played out across the world

As the world’s 16 best Twenty20 cricket teams did battle over the last month, all of the tournament’s biggest moments played out on Twitter in real time, making #WT20 the most Tweeted cricket tournament ever (TBC).

Cricket fans from host nation India and all over the world came to Twitter to talk about winning moments, massive sixes, shocking upsets, classic catches, and more throughout #WT20. This contributed to more than 5.75 billion live views (impressions) of Tweets across the tournament. 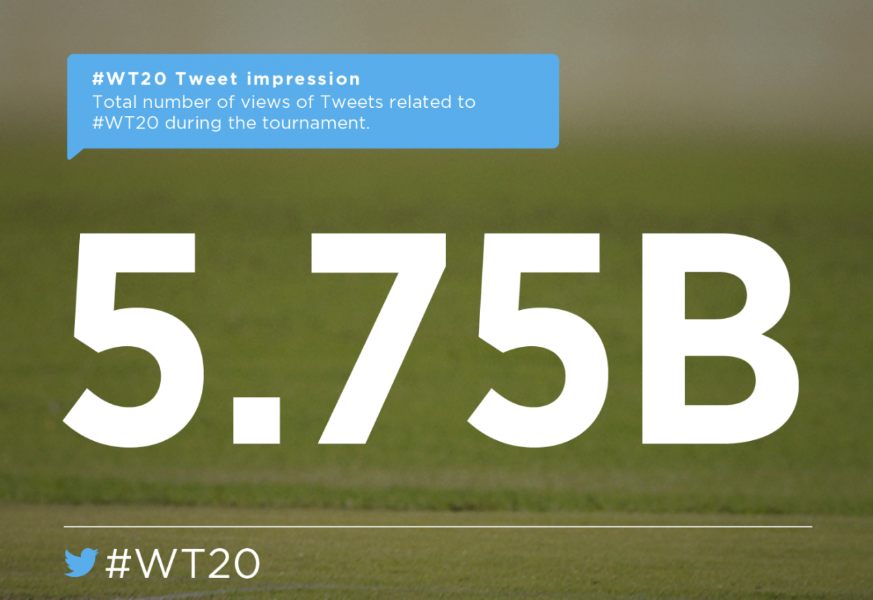 The most-Tweeted match was #INDvPAK making it the biggest T20 match ever on Twitter! The second most-Tweeted was #INDvAUS followed by #INDvWI.

One of the most exciting games of #WT20 was the do-or-die, winner-takes-all clash between India and Australia. @imVkhol scored 47 runs, hitting seven boundaries and a six in the last five overs, and the moment he hit the winning runs to secure India’s passage to the semi-finals was the most-Tweeted of #WT20. 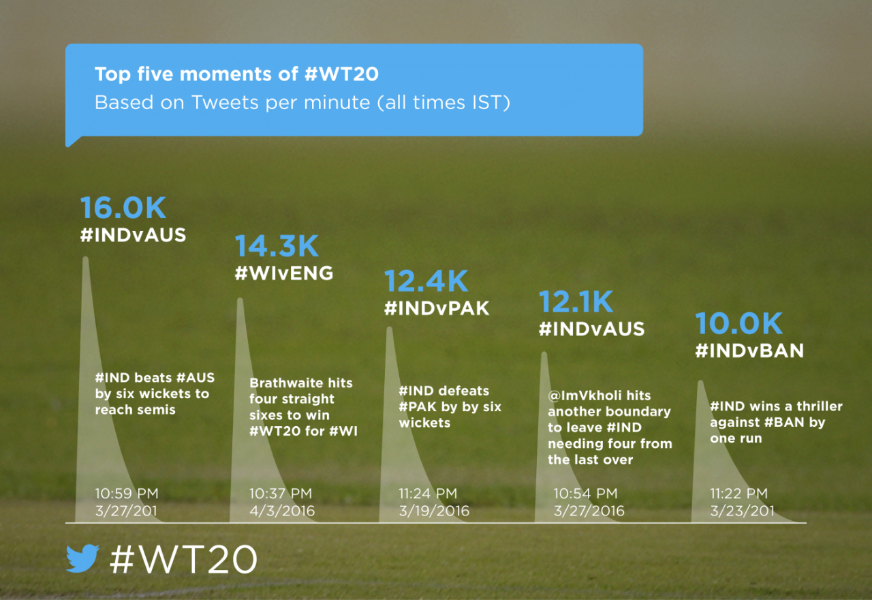 Here are some other most-Retweeted Tweets from #WT20.

The Twitter XI has strong representation from India with six and #WT20 champions West Indies with two players. @ShaneRWatson33 was the only Aussie to make the Twitter XI.