It’s that time of year again - mate against mate, state against state. State of #Origin football is upon us once again. As those lucky enough to get tickets to game 1 at @ANZStadium start the countdown, so too do those following on Twitter. Ladies and gentlemen, get excited for #Origin 2016!

To add to the excitement and add a little more colour to your #Origin Tweets, we’ve launched three new Twitter emojis that will be available to add to your Tweets through the three match series. Here’s how they look: 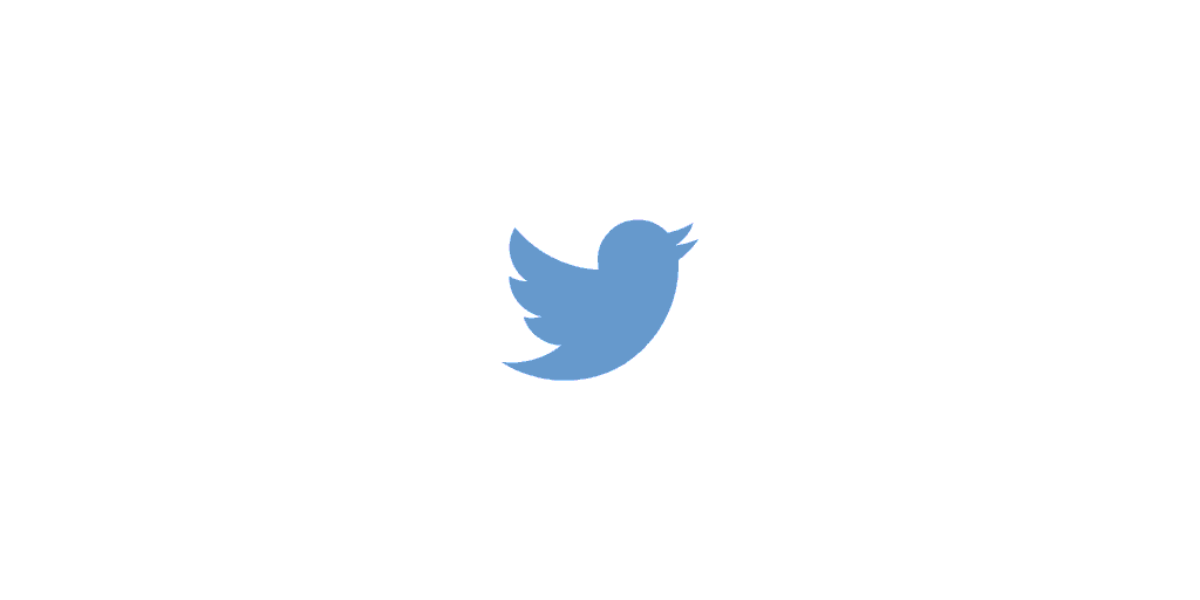 Tweeting one of the new emojis is simple:

Ahead of #Origin game one, we’ve developed our “Tweet of #Origin” based on the most mentioned players on Twitter. Here’s how it looks. Reckon it could beat either actual #Origin team? 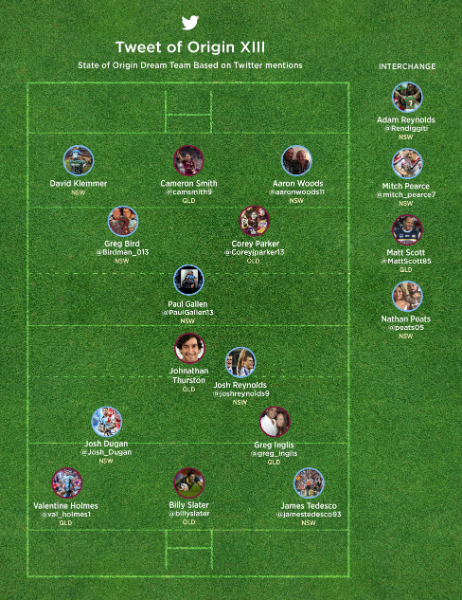 So who will it be, @NSWRL or @QLDMaroons that will get first blood and be able to post that sweet victory Tweet at full time on Wednesday 1 June? On Twitter, the Blues already have the upper hand when it comes to follower numbers with almost 63,000 compared to the Maroons’ 55,000. 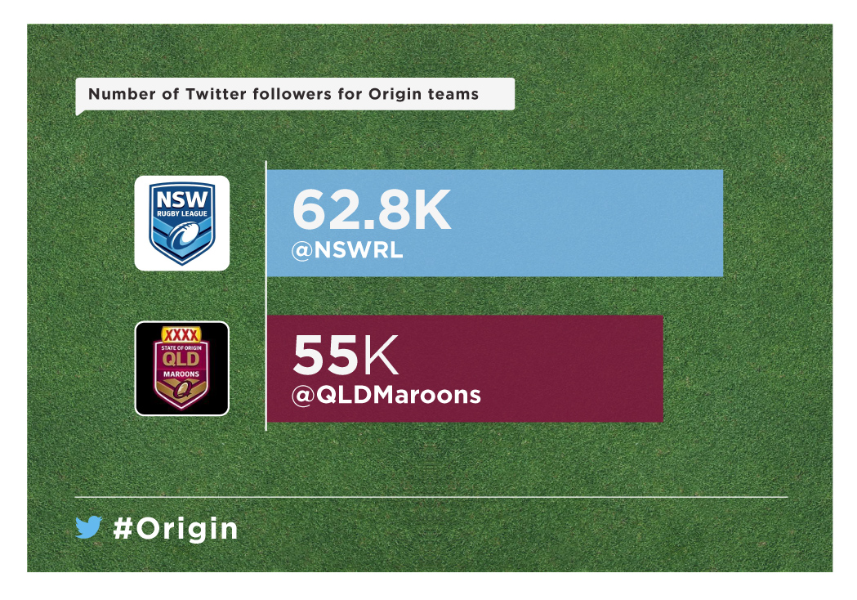 @QLDMaroons strike back when it comes to players followers though, with the top three spots filled by Maroons. 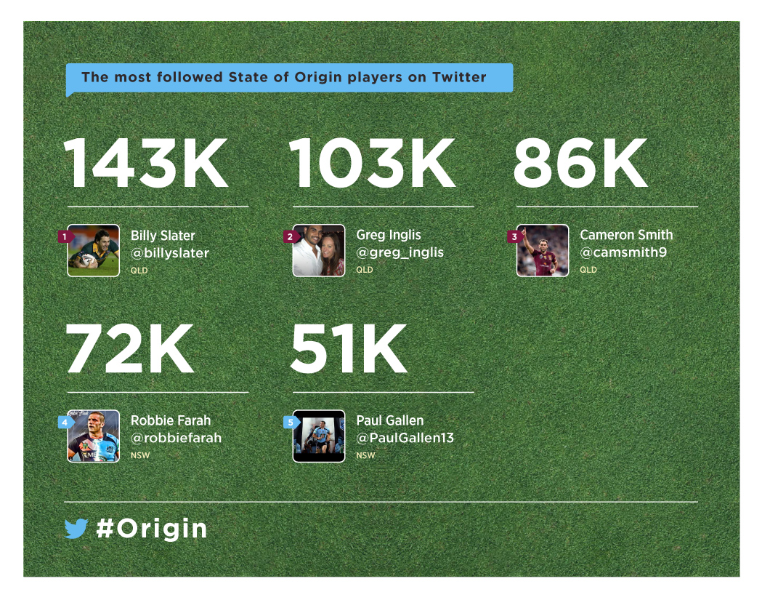 With the teams entering camp, both teams have been giving us an inside glimpse into their preparation for the big game:

Keep up to date with all the latest news and updates before, during and after the first State of Origin game with this Twitter list or by following the accounts: