Last night, two of Australia’s most loved (and most Tweeted-about) TV shows returned to battle it a head-to-head: #TheVoiceAU on @Channel9 and #MasterChefAU on @ChannelTen. Let’s take a look at how Twitter helped them engage with their audiences — and a reveal of which one was Tweeted about the most!

As with previous seasons, @MasterChefAU was the best account to follow for the most delicious photos, videos, and GIFs of the night’s best recipes:

Each of the three judges Matt Preston (@MattsCravat) George Calombaris (@gcalombaris) and Gary Mehigan (@crispycrackling) used Twitter to engage with fans, celebrities, and influencers, and answer questions about the show:

The stars from this season weren’t the only ones who wanted to join the conversation; past winners and contestants were getting in on the action too:

And as this years Top 24 were revealed, they also arrived on Twitter:

The Voice Australia has always led the charge with it’s integration of Twitter, Vine, and Periscope, and season 5 shows no signs of this changing. For the last week, @TheVoiceAU has been releasing Vines to countdown the big season launch and introduce their new coach @RonanOfficial:

In the last hours before the premiere aired, @TheVoiceAU engaged with some of Twitter’s biggest influencers and celebrities by sending them their own personalised red spinning chairs!

During the broadcast, @Channel9 highlighted the best Tweets on-air both during the episode as well as glossy graphics in and out of the ad breaks:

At the end of the episode, @TheVoiceAU even created their very own Twitter Moment of one of the most memorable parts of the premiere, coach Ronan Keating’s (@RonanOfficial) live performance:

It was a very close race but which show won the battle on Twitter? 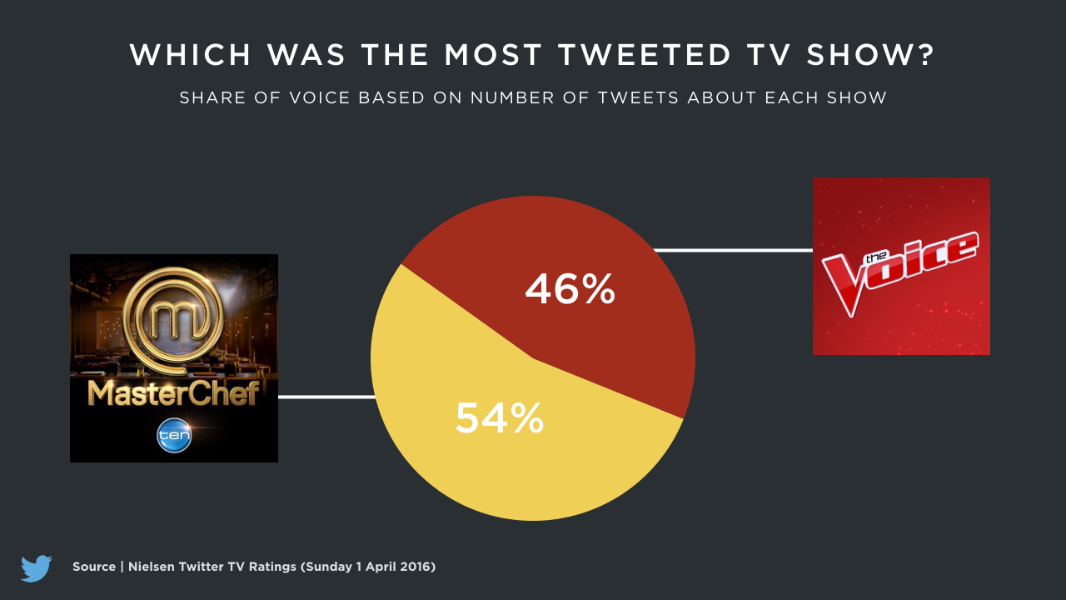 With #MasterChefAU, #TheVoiceAU, and #HouseRules on @Channel7, all back on-air the battle has just begun. Make sure you’re following all three official accounts for the best behind-the-scenes content from your favourite show.