There’s no doubt 2016 was a massive year locally and around the world, and as always we saw it all play out in a big way on Twitter in Australia.

2016 was huge for politics in Australia, resulting in the ever-present #auspol discussion of Australian politics being joined by #ausvotes at the top of the Aussie trends chart. As political animals, we also jumped in to the global political conversation around #Brexit, and the US #ElectionNight.

But there was still plenty of time for the lighter side of life on Twitter this year in Australia with #PokemonGo, the #ARIAs and sporting events like #Rio2016 and the #ausopen also sparking a tonne of conversation from Aussie Twitter users throughout 2016. Here’s the ten biggest hashtags in Australia for 2016: 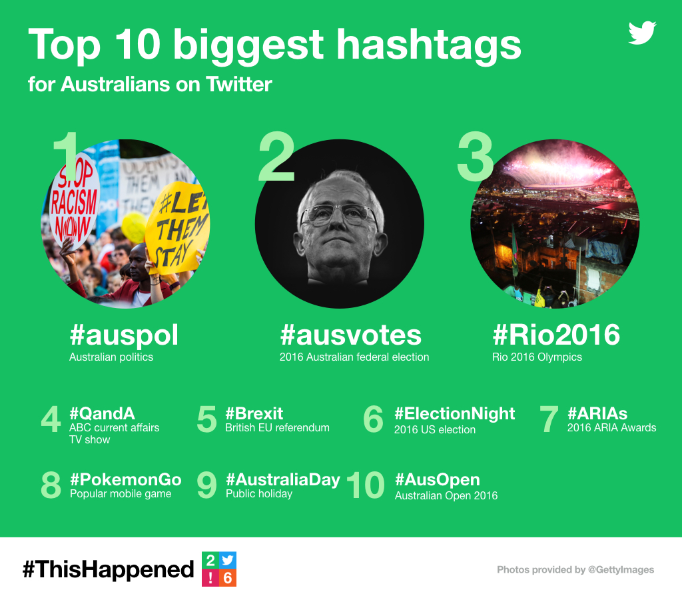 When it comes to Twitter’s most-followed Australians, our many world famous entertainment superstars - especially music stars - dominate, each of them offering their massive global fan bases inside access you can’t get anywhere else.

The big news in 2016 is that Australia has a new king of Twitter, with @5SOS frontman @Luke5SOS overtaking long-term leader @codysimpson as the most followed Aussie.
@troyesivan had another massive year and this was reflected on Twitter where he picked up another 1.6 million followers in 2016. In fact, seven of the top ten most followed Aussies gained a million or more followers in 2016! 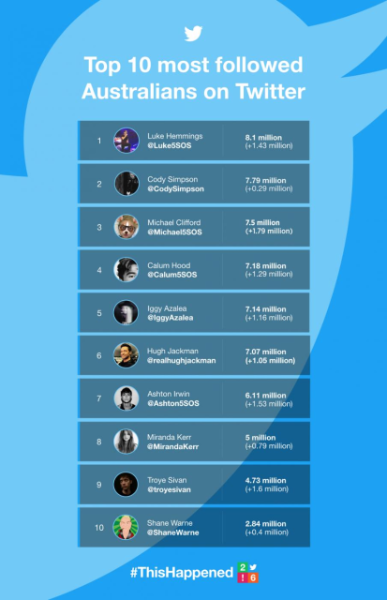 The Golden Tweet
Perhaps unsurprisingly, this year’s “Golden Tweet” (the most Retweeted tweet) in Australia was about politics; documentary filmmaker Amelia Paxman (who had less than 350 followers at the time) brought out this nugget during the US election, which got Retweeted 130,000 times and spread around the world like wildfire. 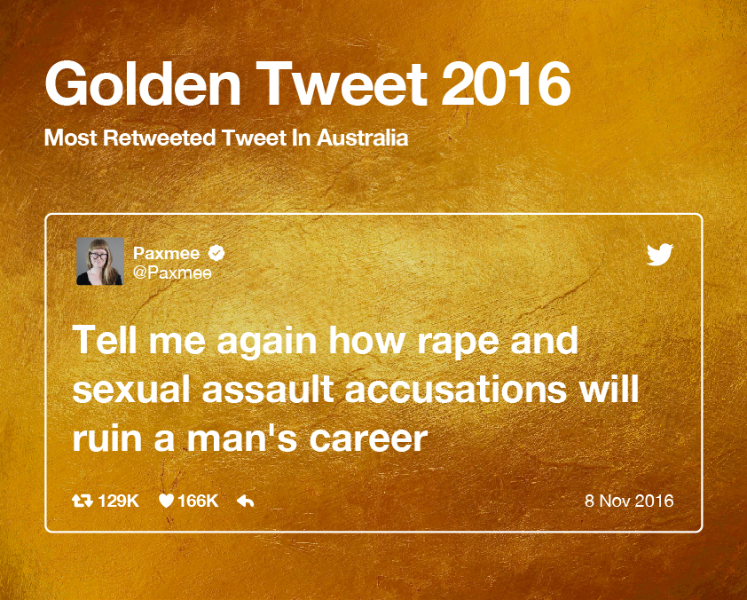 People in Australia come to Twitter every day to find out and catch up on what’s happening in their world on a wide variety of topics. Here’s our lists of the topics Aussies Tweeted about most in the worlds of TV, politics, sports, entertainment, music and social movements. 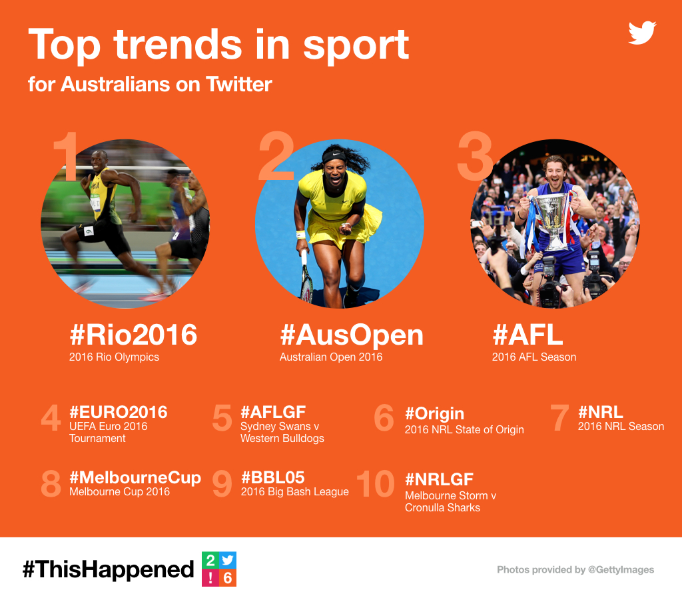 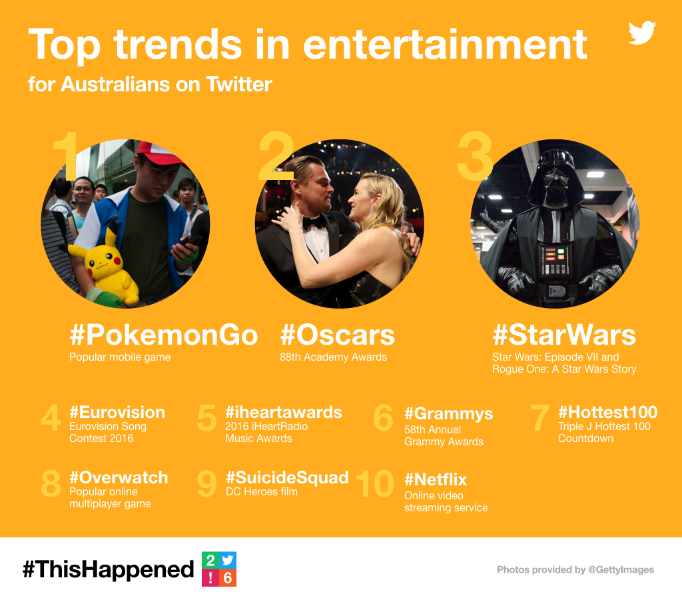 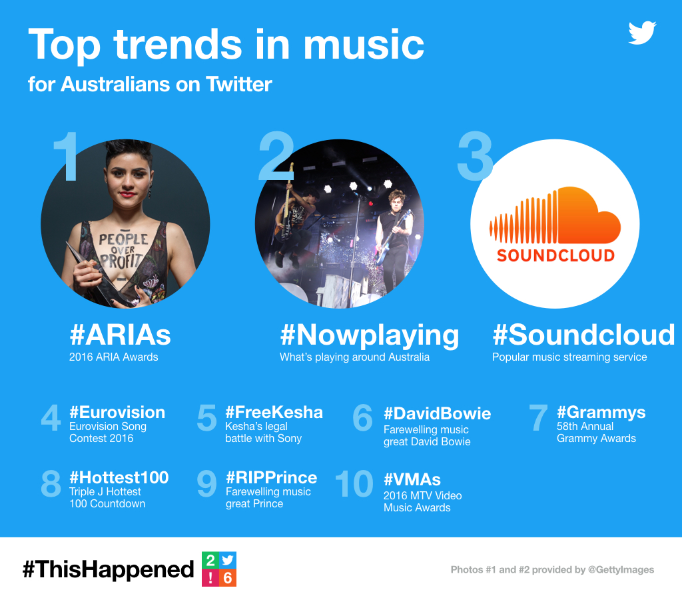 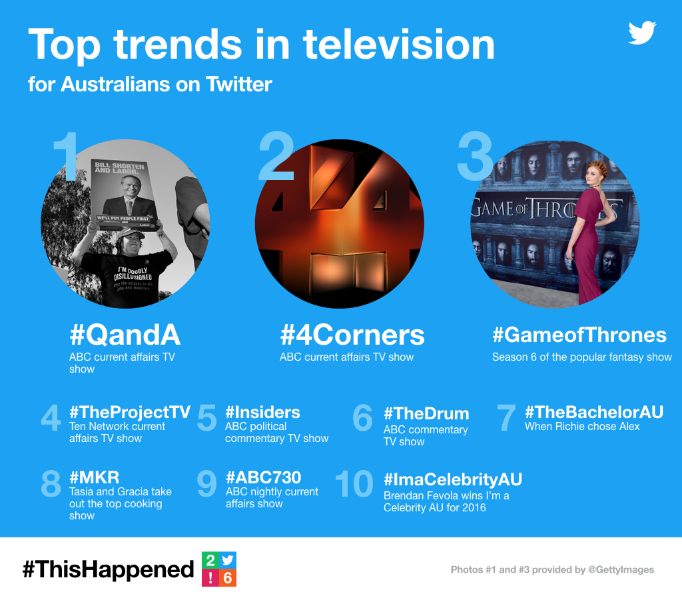 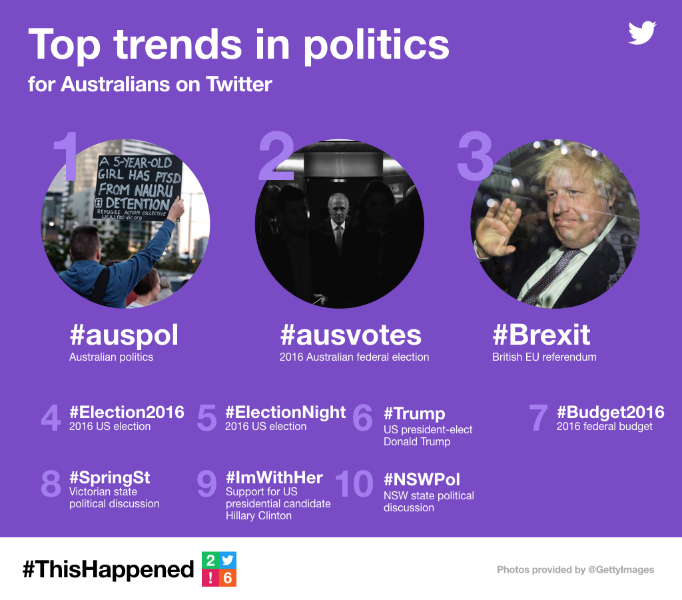 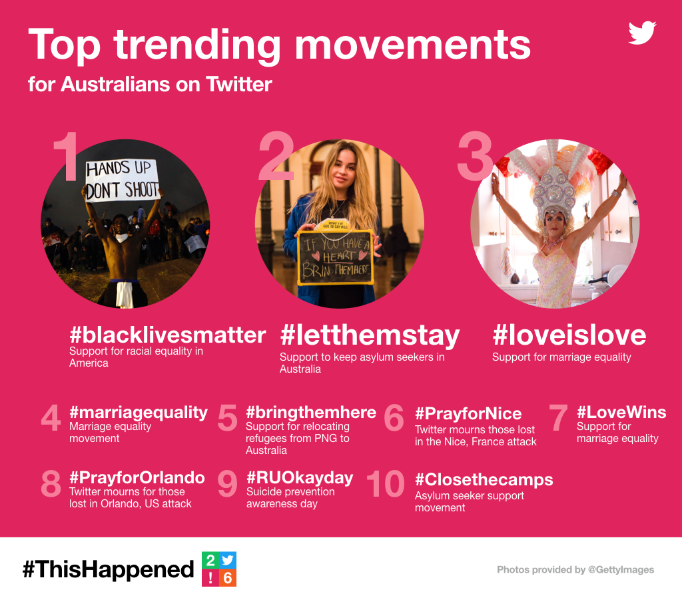 Early this year, Moments was launched in Australia, the best way to catch up with Twitter in an instant. Here’s a look at some of the most popular Moments from the biggest topics on Twitter in Australia this year.
Malcolm Turnbull announces Election victory
Malcolm Turnbull announces Election victory
Australia welcomes home Olympic heroes!
Fresh calls made for Australia to become a republic

Finally, thanks to our mates at @GettyImages who provided the images in our wrap up above to bring the year on Twitter to life. For more, check out the @GettyImages Year in Focus at www.gettyimages.com.au/2016.