The first tennis Grand Slam of 2016 kicks off today with the start of the @AustralianOpen. Fans across the world can get up close and personal on Twitter with some of their favourite tennis players, as the game’s elite compete in the #AusOpen over the next two weeks (18 - 31 January 2016).

The players are certainly excited for the first Slam of the season, and many of them Tweeted their arrival and final preparations in Australia. 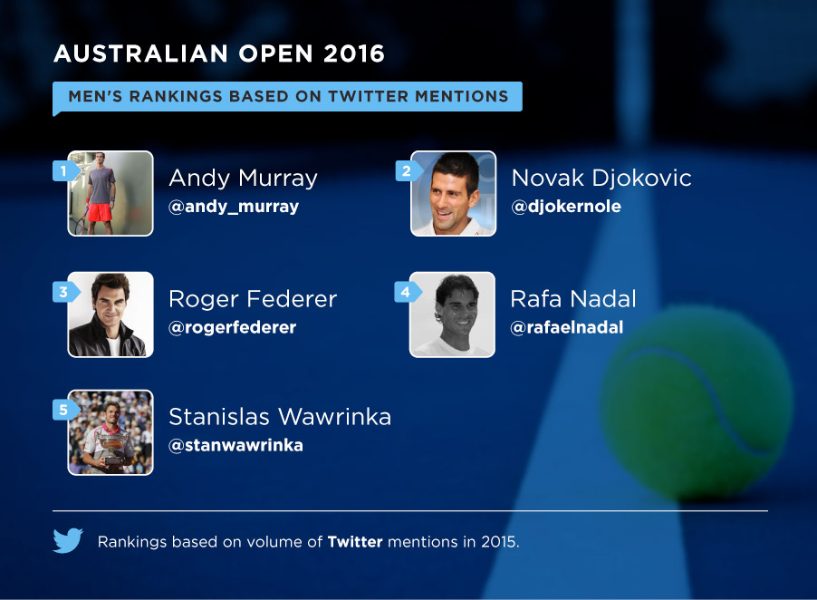 Ace the #AusOpen on Twitter
As they do every year, @AustralianOpen will serve up amazing Tweets, videos, and photos throughout the tournament, and give you access to your favourite players with daily Periscope Q&As and Twitter Mirror selfies. Here’s a closer look at some of the Twitter integrations you can expect:

Periscope racket
For the first time ever, there will be a Periscope racket for players to broadcast live Q&As, take fans behind the scenes, and show them snippets from the tournament in real time. Periscope hearts will be changed to tennis balls in #AusOpen broadcasts so make sure you tune in and show your favourite players some Periscope love. 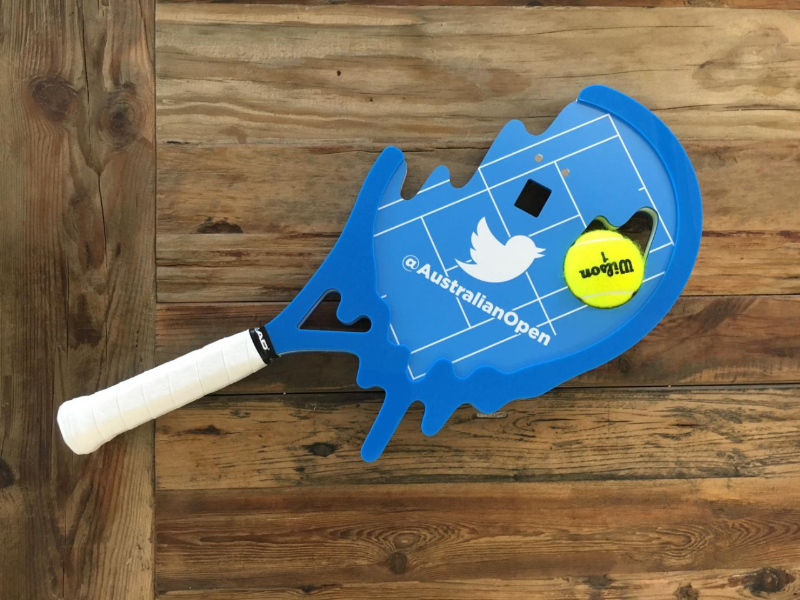 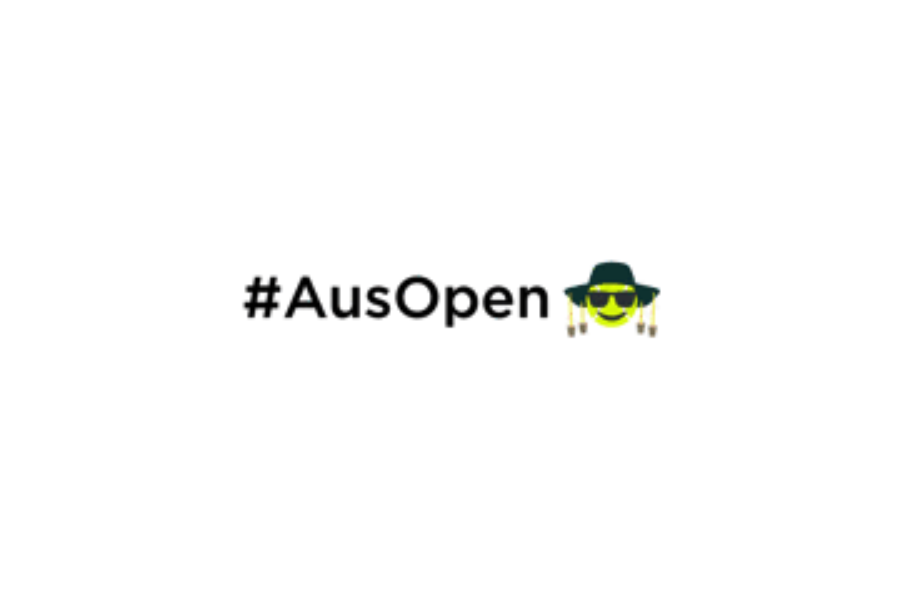 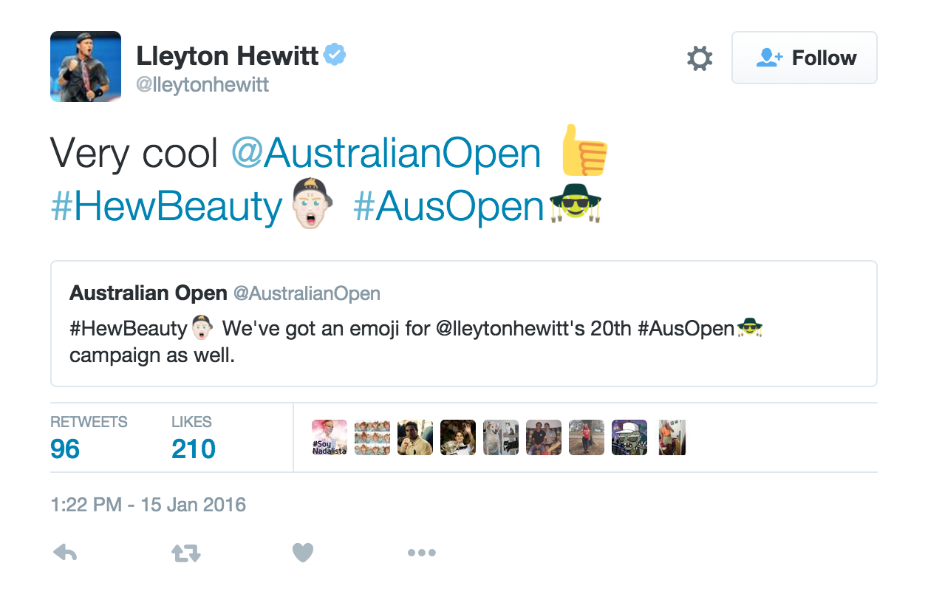 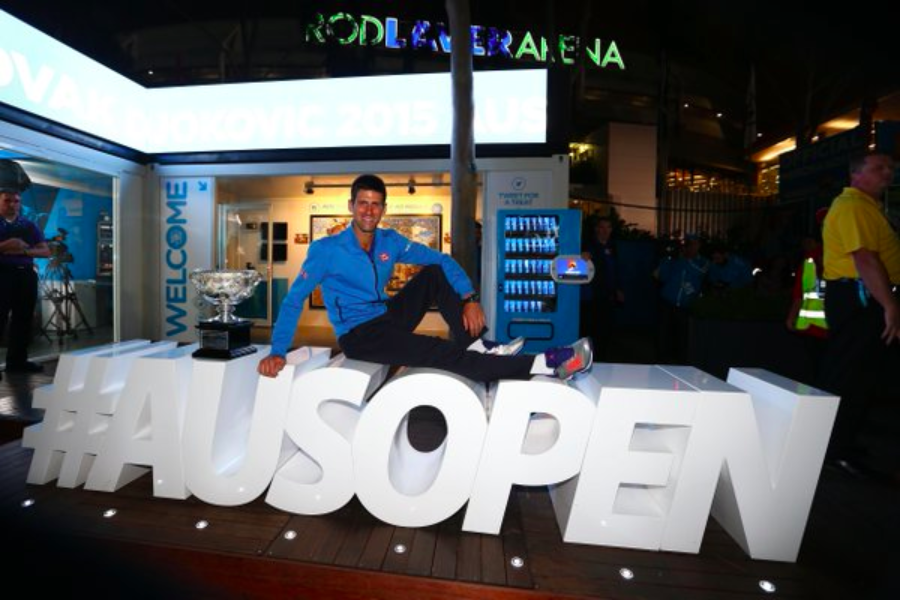 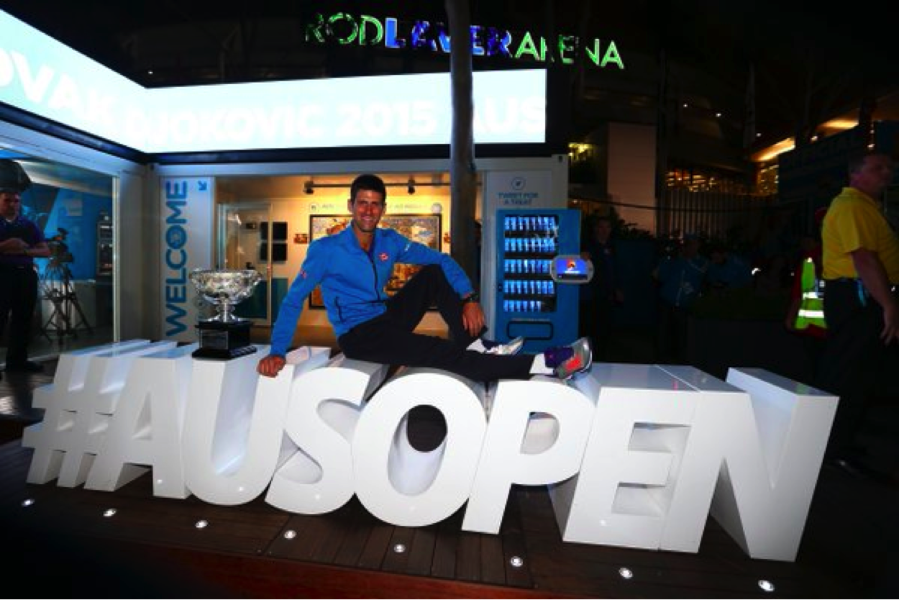 7 Tennis
The official broadcast partner of the Australian Open will be providing unprecedented coverage and access via @7Tennis. Instant replays, behind-the-scenes access, and (for the first time) a Social Show broadcast throughout the day will bring fans closer than ever before. Fans will also be able to ask questions of their favourite players via Twitter! After each match, @7Tennis commentators will ask one lucky fan’s Twitter question to the winner.

Don’t miss out on being a commentator for the day and asking the hard hitting questions.

Twitter Amplify instant replays
Throughout the tournament, @TennisAustralia and @7Tennis will be Tweeting live and exclusive video highlights from the #AusOpen as part of new Twitter Amplify partnerships with both content owners. The Amplify Tweets will include a short, high-impact video excerpt of #AusOpen content with a short ad pre-roll from the likes of ANZ, Blackmores, ISF, Kia, McDonalds, Telstra and William Hill.

With 80 per cent of video content on Twitter consumed on mobile, the partnerships represents a significant opportunity for @TennisAustralia and @7Tennis to bump up its second screen volume, while helping users to relive or experience the big moments for the first time on their mobile phones while they engage in Twitter conversations.

We’ve curated the very best #AusOpen accounts to follow, so make sure you check out and follow our Australian Open Twitter list and keep an eye on #AusOpen to catch every serve, break, volley, and match point