With the NRL final series heading towards it’s exciting conclusion and anticipation building for the grand final, we’ve taken a look back at the-season-that-was on Twitter. Which player dominated? Which club delivered wins on and off the field? Who provided the laughs? Who had the most growth?

We’ve analysed the data and will reveal our awards for the best NRL players and Clubs on Twitter for the 2016 season. 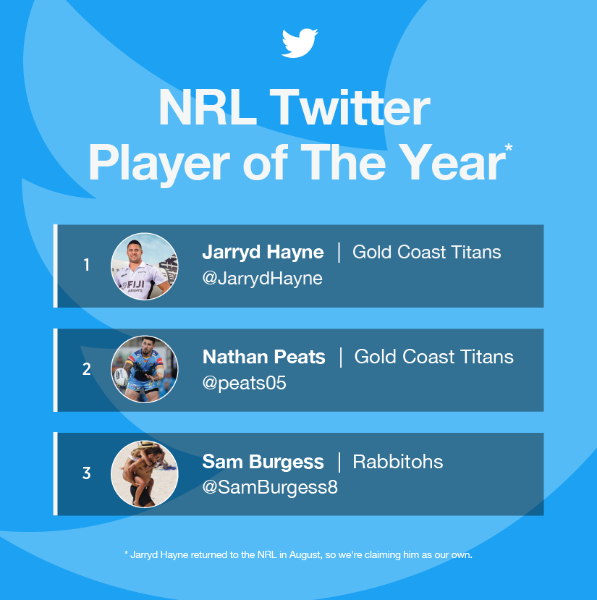 We’ve named our Player of the Year and it’s a controversial decision. Jarryd Hayne (@JarrydHayne) returned to the NRL amongst huge fanfare and media speculation only a few months ago, but already he’s taken the competition by storm. While he is clearly followed on Twitter by 49er fans, Fiji Rugby fans and Parra Eels fans, his Gold Coast Titans following has been building quickly. We wholeheartedly are claiming Jarryd back for Australia and NRL fans around the country!

His Tweet celebrating the life of Muhammad Ali was the most Retweeted player Tweet of the season.

Nathan Peats (@peats05) takes second place in our Player of the Year Award. He was deemed surplus to requirements at Parramatta in the wake of salary cap scandal but found a new lease of life at the Titans, making the top 8. Despite being surrounded in controversy Twitter users have also been charmed by his honest and humorous Tweeting. His farewell message to Parramatta fans was the third most Retweeted of the season

Sam Burgess (@SamBurgess8) comes in Third place. Although it was a year of disappointment for Souths, big Sam was still hot property on Twitter as the second most followed player in the league with 211,000 Followers. He’s got a legion of faithful followers, who propelled his Tweet announcing all was OK after a neck scare into the number 2 spot for most Retweeted Tweet of the season. 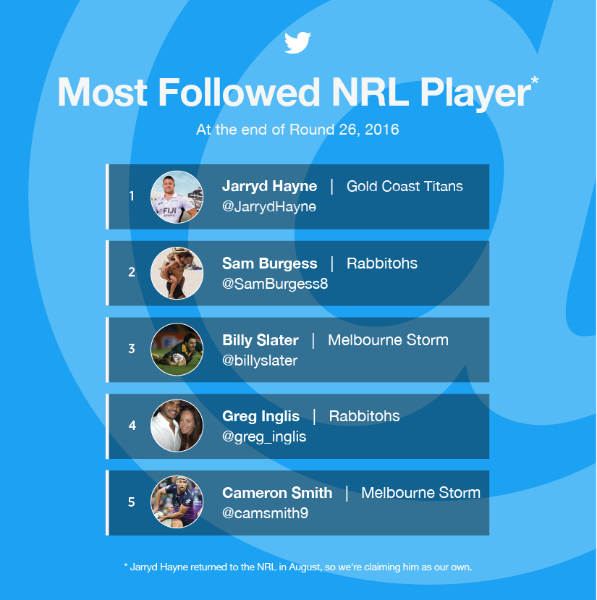 Most New Followers in 2016 season 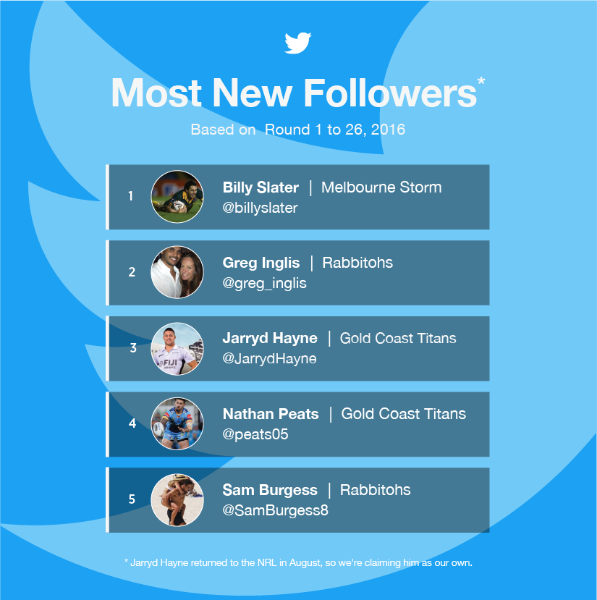 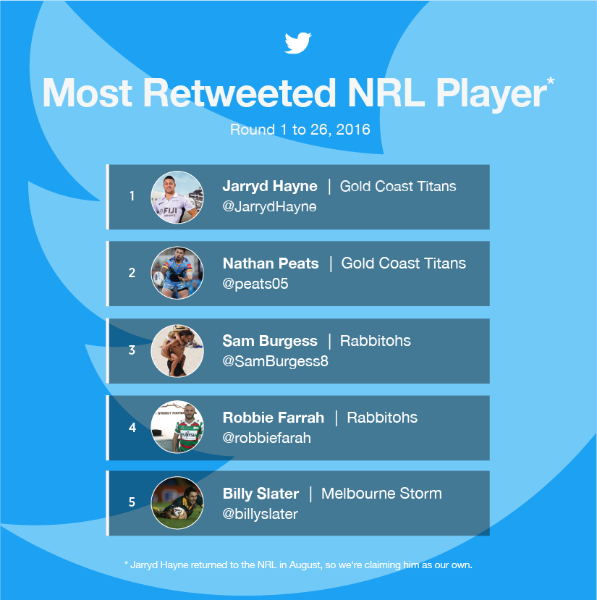 Everybody loves following their team and when it comes to NRL, the clubs rarely disappoint. Each team has delivered quality, unique content for their fans on Twitter in 2016. Whether it’s video from the sheds as the boys celebrate, photos from the training track or the latest injury and team selection news… every sports fan in Australia should be following their favourite teams on Twitter.

The Brisbane Broncos (@BrisbaneBroncos) lead the the NRL pack with their fans flocking to Twitter to get the best access to the club’s players and inner sanctum. 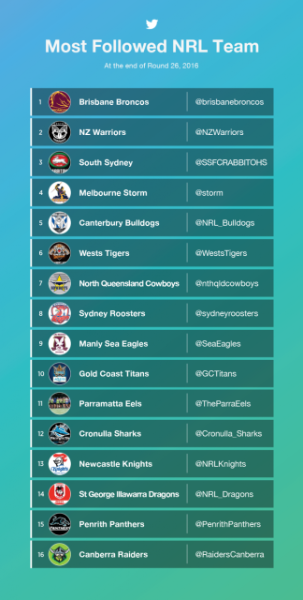 The Canterbury Bulldogs, Wests Tigers and Storm top the table when it comes to the most engaging and fan-friendly content. They have been the Top 3 Most Retweeted clubs throughout the 2016 season. 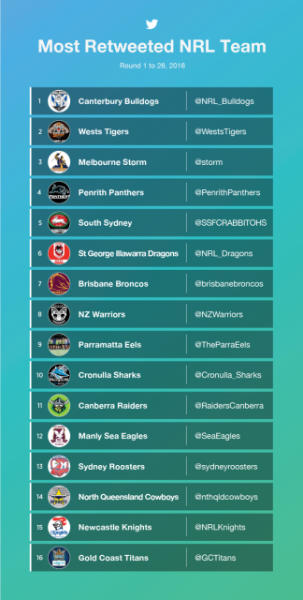 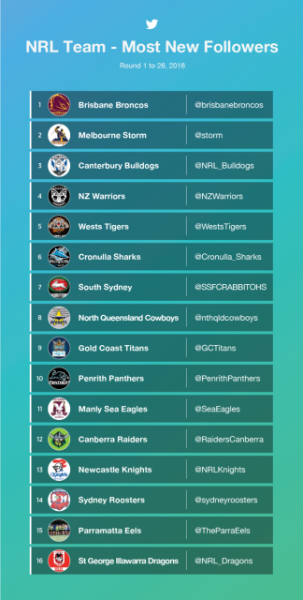 While the players and the teams get all the accolades and attention, the official @NRL account has really dominated the NRL landscape this season. Their use of video and photos has showcased the game like none other, with the Twitter coverage during #Origin and #NRLFinals top shelf.

And one of the greatest passes you’ll ever see

With two weekends of footy left there is no better time to follow all of the action on Twitter. Here are our must follow accounts as we approach the NRL Grand Final #NRLGF: