Whatever you’re doing this 26 January, make sure you’re part of the #AustraliaDay action with our new #AustraliaDay Twitter emoji. 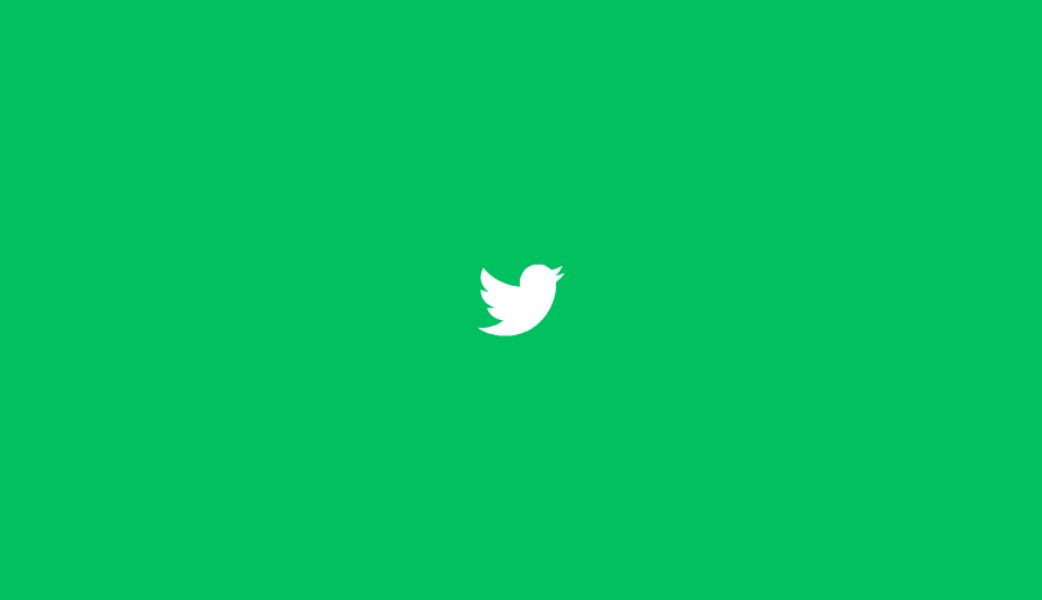 Tweeting an #AustraliaDay emoji is simple. Just use the hashtag #AustraliaDay, and an emoji of a pair of classic Aussie green and gold thongs will automatically appear on your Tweet!

No matter where they are in the world, Aussies use Twitter to share their messages and join in the global conversation to celebrate #AustraliaDay, so what better emoji to add than the humble plugger that has become an iconic symbol of the fun and laid back Aussie spirit.

Here’s a look at how the plugger emoji looks in the wild, including the very first Tweet from Twitter #AustraliaDay ambassador @kaseychambers. 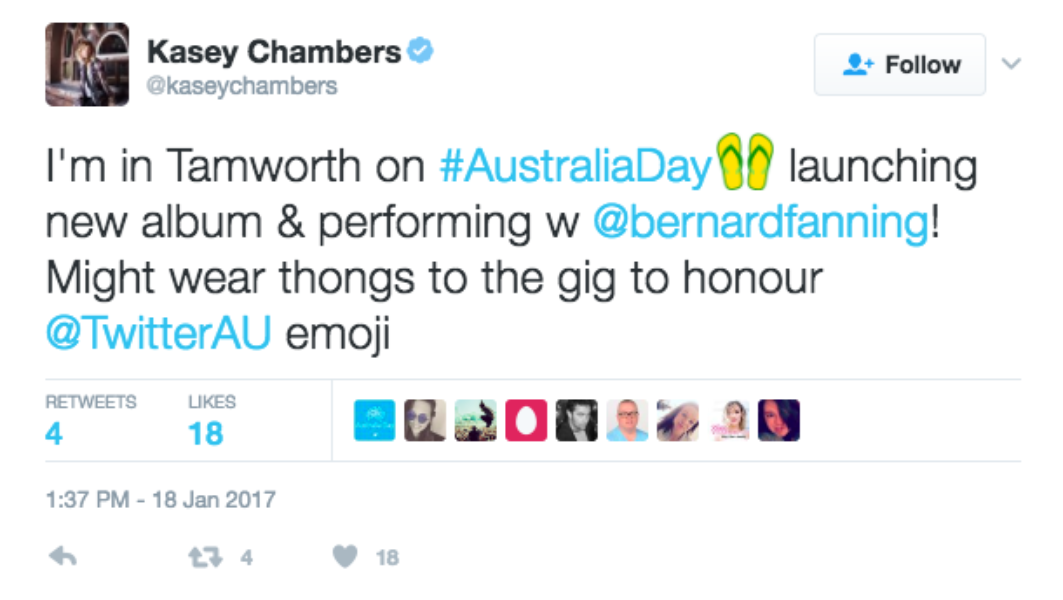 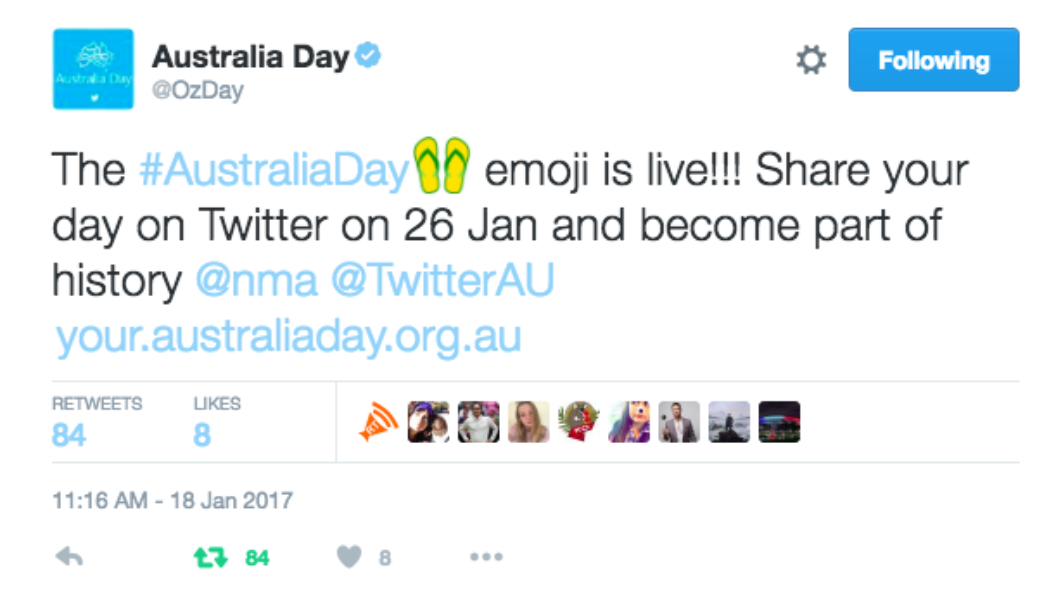