The #ausopen delivered again in 2017 on and off the court, with dream finals every fan would have wished for in the men’s and women’s tournament, and raising the bar again for the Grand Slams on Twitter.

In the men’s, the fairytale final between old foes @RogerFederer and @RafaelNadal was taken out by the Swiss legend after an epic five-set battle to claim his 18th Grand Slam title.

The women’s final was another dream match up between the Williams sisters, @serenawilliams and @Venuseswilliams, with the match and trophy going to new world number one Serena. The tributes poured in quickly:

Everyone is in awe of Serena Williams

Continuing the amazing access Twitter has given us to the world’s best at the #ausopen, both @RogerFederer and @serenawilliams popped into the Twitter #BlueRoom live on Periscope for a post-victory chat.

In fact, the #BlueRoom was the place to be throughout the tournament, with more than 50 players dropping by to chat with fans on Twitter. Check out this Moment of some of the best.

Amazingly, as the statistics from before both finals show, these dream finals were match-ups Twitter fans had been anticipating and hoping for since the tournament began. 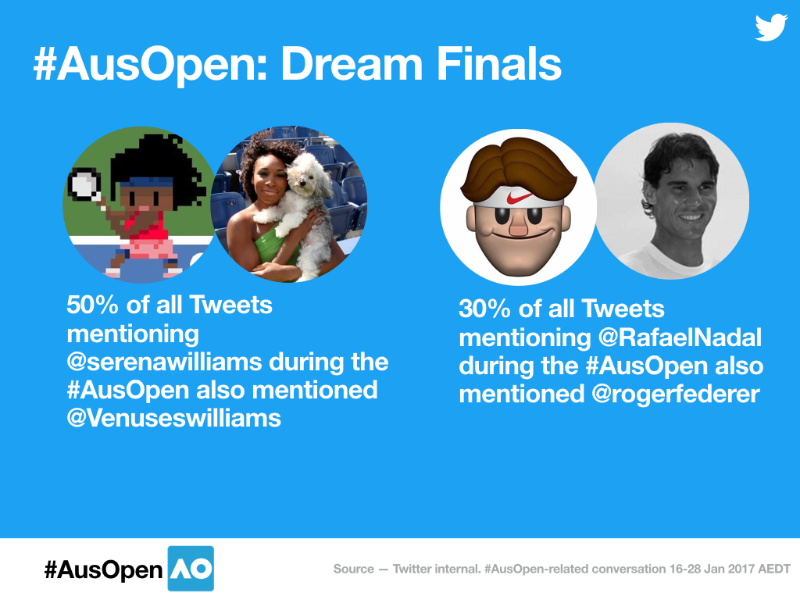 This Tweet was their biggest of the tournament, racking up 14.1 million impressions.

This video was viewed a massive 1.2 million times within the first 10 hours of posting.

Here are the three most-mentioned women’s players from #AusOpen 2017: 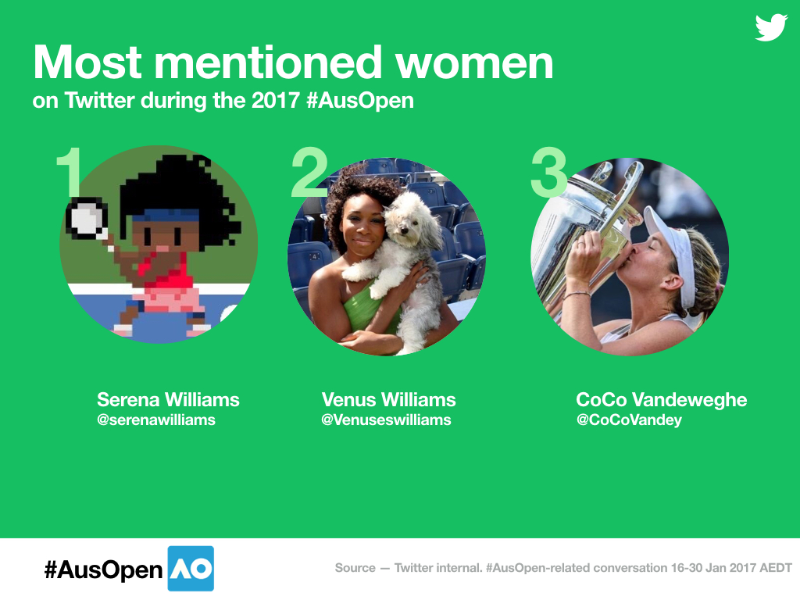 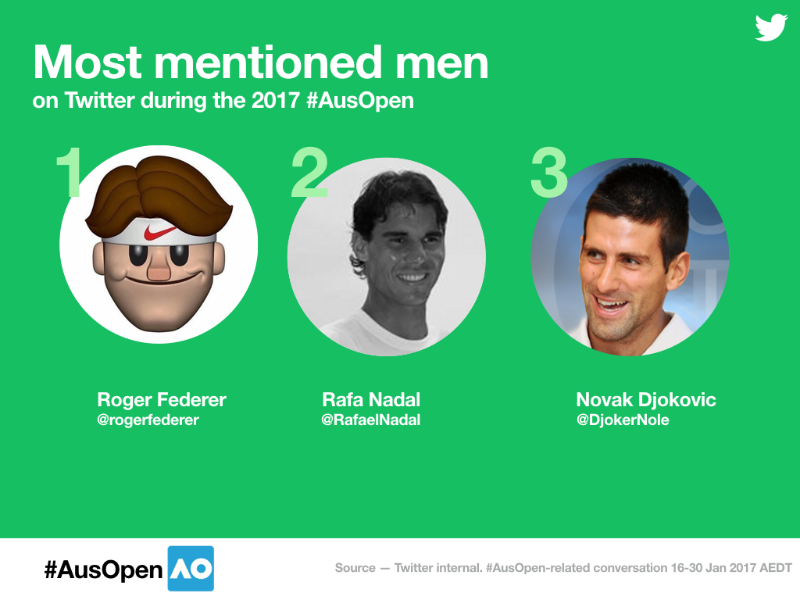 As always, the players used Twitter to reach fans from all around the world, providing amazing insights, access and laughs throughout the tournament.

The local Australian broadcaster, Channel 7 delivered amazing on-court highlights and behind the scenes access for fans in Australia via their @7Tennis handle, with their videos viewed 3.8 million times.

With the first Grand Slam of the season setting the standard again, the torch is now passed to the French Open (@rolandgarros), @Wimbledon and the @usopen, all of which always put on a great show.

The final word, as always, goes to the victors:

See you in Melbourne next year!