Announcing League of Legends: League of Origin live on Twitter

Taking place over 3-4 June from the ESL Studios in Sydney, League of Legends: League of Origin will feature an array of esports stars representing New Zealand, Queensland, New South Wales and Victoria. They will clash head-on for two days of intense League of Legends matches, where only one region can emerge victorious. Regions will be piloted by an affiliated caster, who have each selected a coach and team to represent their turf, with the most stellar Oceanic Pro League (OPL) and Oceanic Challenger Series (OCS) players their region has to offer.

"Twitter is one of the most engaging platforms for fans of the OPL and OCS esports leagues, so it made sense to team up for League of Origin,” said Daniel Ringland, Head of Esports at Riot Games Oceania. "The livestream on Twitter will be a shortcut for fans in Oceania and around the world, as they can both watch and engage on the platform at the same time."

To celebrate the inaugural League of Legends: League of Origin going live on Twitter, we’ve launched some new special emojis to add a little colour to your Tweets. Tweet using #LoLOrigin or one of the team hashtags (#NSWWIN, #NZWIN, #QLDWIN and #VICWIN) and a custom emoji will automatically appear in your Tweet. 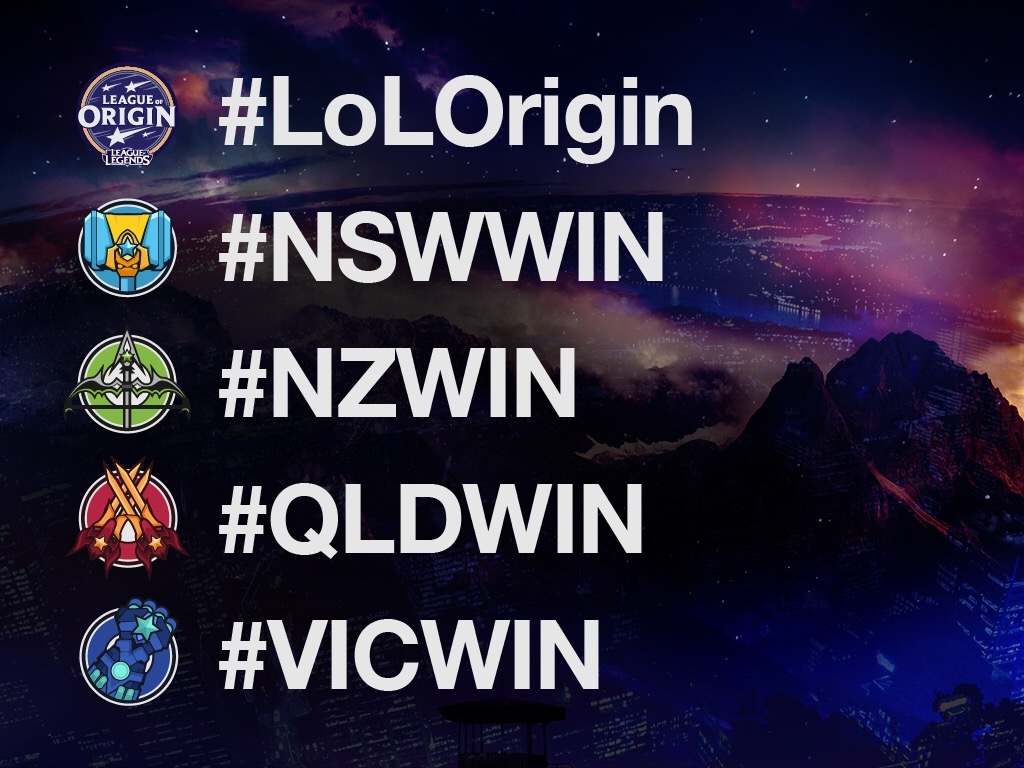 Gaming is huge on Twitter, with more than 4.2 million gaming related Tweets in Australia in 2016. Twitter is a part of daily life for gamers, with 60% of users who follow a gaming related account, visiting Twitter every day for news on the most up to date information regarding games, to talk other users about a game, discover new games and share opinions. The Twitter gaming audience is also diverse; 69% of men and 59% of women on Twitter play video games.

The live content on Twitter, which is set to begin on 3 June, will be available globally at leagueoflegends.twitter.com.