By Kara Hinesley and ‎@RecAustralia‎
Wednesday, 31 May 2017
Link copied successfully

Today, we are at the halfway point of National Reconciliation Week 2017 – and there is still so much happening across the country!

Over the weekend, Townsville will be hosting a series of free public events, including a performance by the John Butler Trio, to celebrate the 25th Anniversary of the Mabo decision. There’ll be food stalls, traditional crafts and performances, and plenty of activities for everyone in the family.  For more information, visit aiatsis.gov.au.

In other cities, special events and exhibitions are occurring at many of the national and state cultural intuitions.  Defying Empire, the 3rd Indigenous Art Triennial, at the National Gallery of Australia opened this week and runs to 10 September.  It’s a must see.

If you can’t make it to one of these, don’t worry!  One exhibition anyone at home can take part in is the Right Wrongs digital exhibition.  Follow the link and you’re in.

Not sure what NRW is all about?

Here’s a quick rundown - Each year National Reconciliation Week (NRW) celebrates and builds on the respectful relationships shared by Aboriginal and Torres Strait Islander people and other Australians.

The dates that bookend the week are significant milestones in the reconciliation journey.

May 27—Marks the anniversary of Australia’s most successful referendum and a defining event in our nation’s history. The 1967 referendum saw over 90 per cent of Australians vote to give the Commonwealth the power to make laws for Aboriginal and Torres Strait Islander peoples and recognise them in the national census.  This year, 2017, marks the 50th anniversary of this landmark event.

3 June—Commemorates the High Court of Australia’s landmark Mabo decision in 1992, which legally recognised that Aboriginal and Torres Strait Islander peoples have a special relationship to the land—a relationship that existed prior to colonalisation and still exists today.  This recognition paved the way for land rights and Native Title.  This year we celebrate the 25th anniversary of that historic decision.

Test your newfound knowledge, and take the #MyNextSteps quiz!

It's really about getting involved, celebrating and reflecting on our national, and your personal reconciliation journey. 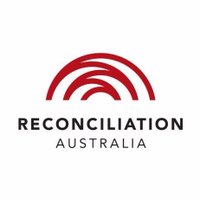