Six months ago we launched an Australian-first alerts system in partnership with Transport for NSW, giving thousands of Sydney commuters automatic notifications about delays or disruptions on the NSW train network.

Since we launched the pilot, we’ve sent more than 75,000 alerts to commuters about delays on intercity and suburban trains in NSW.

Thanks to the success of that pilot, we’re now expanding the alerts feature to include light rail and ferries across Sydney, making it even more useful for commuters travelling across the network.

We developed the alerts feature exclusively on Twitter in partnership with Transport for NSW and Australian developers @proxima_io and @AppJourney, so that people could get real time information for their train, ferry, and light rail commutes.

Anyone can sign up to receive alerts for free by heading to Twitter. Simply visit @TfNSWAlerts and tap on the ‘Click here to sign up’ button or the Direct Message button. Users can personalise their alerts by selecting the train stations, ferry wharves, or light rail stops they are travelling to and from, as well as their morning and evening travel times. 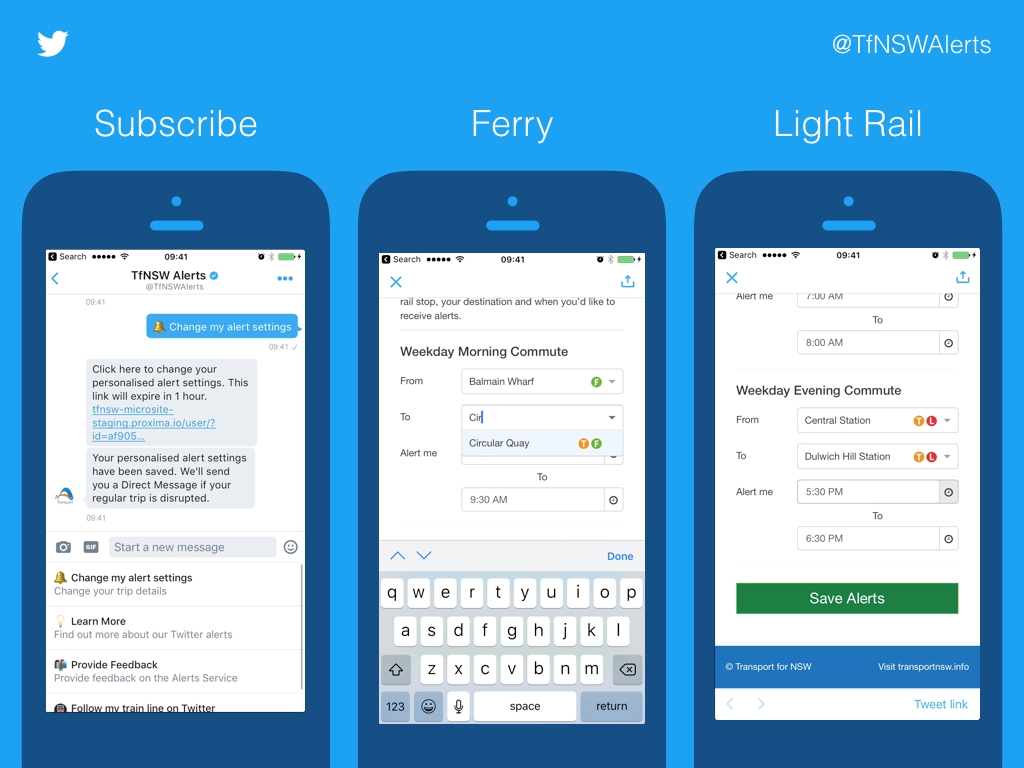 Once signed up, users will receive customised alerts instantly when an incident or disruption happens that affects their commute.

This expansion to additional public transport services means even more commuters can tap into the power and utility of Twitter to find out what’s happening.