A time for imagining.

When and why we celebrate Australia Day is a topic that has Australia and Twitter talking.

I’ve done my best to listen, as the debate has danced across the country. (In the past,  listening wasn’t the biggest strength listed on my school report card but it’s one I’m working on every day as I try my best to be a mentor for kids around the world with AIME (@aimementoring).

I’ve listened to the diversity of opinion about the date of our national holiday and I believe there’s a common thread — we all want to call Australia home and to celebrate it.

Over the last few years I’ve been on the air with @triplej talking through this subject and one caller’s opinion has stayed with me. She said ‘I don’t care when it is, I’d prefer not to offend anyone, including Indigenous people, but I do love a public holiday at the height of summer.’

I reckon that’s the heart of the challenge here. To find a date, with meaning, that is a great time in the year for a holiday, a party, a time to have a break and to celebrate all of us. What’s calling is for a solution that can include all Australians in a celebration of who we are, from the bush, to the big smoke, from those drinking at the bar, to those out staring at the stars.

So what are the alternatives?

But Australians already score a public holiday there... 2 days off work down to one won’t play…

What are some of the other dates proposed?

There is no doubt, that there is a moment here, Australia. So let’s lean in to the opportunity. The front end of the year is already filled with holidays — isn’t it a waste to snap another one up before work has even started? It’s the equivalent to turning up to pre season for AFL or Rugby League and asking the coach for a Mad Monday.

What about searching for a historically meaningful date, that just so happens to bring in summer when we are all tired and desperate for a break, when the sun starts shining and the beaches are calling us? Like in October...

What happened in October you ask?

Well, on the 24 October, 1889, Henry Parkes the Premier of NSW, an immigrant and self educated man, who had flaws just like the rest of us, delivered an address at a country town called Tenterfield. It became known as the Tenterfield Oration  - many have equated it to our version of the Gettysburg Address.

Parkes went on to convene the Federation Conference and coin the term the ‘Commonwealth of Australia’ for the new nation. He passed away five years before Federation, but he had set Australia on course to be the nation we are today.

I wonder when Parkes sat at the Commercial hotel in Tenterfield, on the evening before the address, potentially with a schooner or two under his belt, running his eyes over the following words, whether he thought that he was about to spark the federation of Australia, and that almost 150 years later, a campaign was about to start to etch this day in our history as Australia Day.

“To make myself as plain as possible, Australia has now a population of three and a half millions, and the American people numbered only between three and four millions when they formed the great Commonwealth of the United States. The numbers are about the same. Surely what the Americans have done by war, Australians can bring about in peace.

“Believing, as I do, that it is essential to preserve the security and integrity of these colonies, then the whole of our forces should be amalgamated into one great Federal army. Seeing no other means of obtaining these ends, it seems to me that the time is close at hand when we ought to set about creating this great national Government for all Australia….

“….The opportunity has arisen for the consideration of this great subject and I believe that the time is at hand … when this thing will be done.”

I’ll cheers to that.

The date should change, because, quite simply, it can be better for more people. It can have even more power and agency. And I’m a big believer in always searching for ways to be better tomorrow.

Our guest blogger, Jack Manning Bancroft, is the Founder and CEO of @aimementoring. Learn more by visiting  www.aimementoring.com 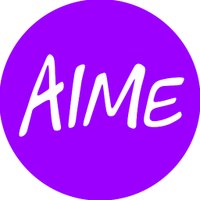