Twitter is where Canadians come to get the latest content and conversation for news, sports, entertainment and lifestyle.

In recent years, premium video has become a key part of the Twitter experience for millions of Canadians. With this in mind, we are pleased to announce several new content deals with top Canadian publishers. These streaming partnerships were unveiled today in Toronto as part of our first-ever #TwitterFronts event.

"We’ve seen a strong appetite for Canadian content streaming on Twitter and are impressed by the depth and quality of content Canadian publishers put on the platform every day," said Twitter's Global Head of Content Partnerships Kay Madati (@KayMadati). "With this new slate of publisher deals, everyday Canadians on Twitter will have a fresh array of new content options and for brand and agency partners, we’ll be offering new opportunities to tap into what’s happening on Twitter.”

New programming announced during the #TwitterFronts event include the following from top Canadian and global media partners:

ET Canada: #TrendingTonight (Corus Entertainment): From the stars of ET Canada (@ETCanada) comes a twice-weekly roundup of the biggest news in entertainment. From the most talked about celebrities, hot topics and breaking news, audiences have the opportunity to share their voice and join the online conversation in real-time.

BetaKit: BetaKit (@BetaKit) is Canada’s only publication dedicated to what’s new and next with Canadian startups and tech innovation. Partnering with Twitter Canada in a first of its kind opportunity, BetaKit is introducing custom video sponsorship for three original series: We are Tech, Future of Technology and AI in Canada. This is an exciting space for Canadians interested in learning more about tech here in Canada, and or companies and brands growing and supporting the sector.

In addition, here are some top global news deals available to Canadian audiences:

National Hockey League Players Association (@NHLPA): Get to know your favourite player with the "In The Locker Room" feature plus original "NHLPA Playoff Performer of the Night" video features during the Stanley Cup Playoffs.

New docu-series from Canadian Olympic speedskater Samuel Girard: This exclusive series will document his life, in training and in-between events, as he experiences it all with his girlfriend, Kasandra Bradette, herself a world-class speedskater.

In addition, here are some top global sports deals available to Canadian audiences: 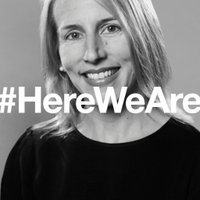