Tips for making Twitter your home for the holidays in 2017

It’s still a bit early to break out the eggnog, but Christmas is in full swing at Twitter. In anticipation of ‘the most wonderful time of the year’ (a title that’s admittedly hard to swallow as I sit on a sunny patio), we wanted to share some insights and best practices for our partners who are starting their yuletide planning.

Christmas is big on Twitter. According to our research, 93% of Canadian users celebrate the holiday. Not only do they celebrate, 87% say they love Christmas and they love experiencing all aspects, particularly festive food & drink, decorations, music, and movies. Twitter users are also significantly more likely to enjoy Christmas-themed ads (+39% vs. non-users).

Canadians are festive planners and conversation about gifting starts early. Last year, there were over a million holiday-related tweets from September through January, nearly half of which were posted before December. Shopping starts early too, with 3/4 of Canadians on Twitter saying they shop before December (a feat I have yet to accomplish myself). Gen X’ers are the most diligent, with 8/10 starting before December.

Gift-giving is the main focus for the season, since 3/4 of Twitter users in Canada spend the bulk of their holiday budgets on gifts. ⅔ of Twitter users say they want to see more gift ideas and inspiration, which is apparently needed because the top gifts last year were cash or gift cards (though for those shopping for Millennials, ‘experiences’ like concert tickets or travel were a better bet).

Twitter is a place for discovery and Twitter users want to be in the know. Over half of Canadians on Twitter use the platform to learn about promotions and 2/5 say Twitter helps them learn about new products and brands.

Twitter also drives action. From previous research, we know 72% of Canadian Twitter users say they’ve taken an action as a result of seeing an ad on Twitter. So, once your stellar holiday campaign has done the trick, it’s time to shop. Canadians still go both online (69%) and brave in-store (77%) holiday shopping. It’s worth noting though that having kids impacts shopping behaviour - parents are 25% more likely to shop online.

Christmas will be here us before we know it… and it’ll happen on Twitter. ‘Tis the season to be proactive, be a part of the festive conversation, inspire gift ideas, and give Canadians the information they need for holiday shopping success. 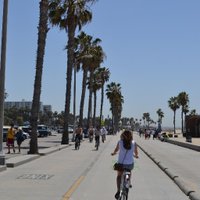 Only on Twitter
Tweet Twitter logo icon
Tags:
Link copied successfully
More from Insights
Moving at the speed of Millennials
By Alyson Gausby on Wednesday, 22 February 2017
Canada's most memorable Twitter brand campaigns of 2019
By ‎@jamiemichaels‎ on Tuesday, 10 December 2019
Talking Twitter with Devon MacDonald, Mindshare Canada
By Michelle Slater on Friday, 1 November 2019
Inside the 2019/2020 Toronto Raptors on Twitter
By Cam Gordon on Tuesday, 22 October 2019
See what's happening