Twitter is where Canadian music fans come to find out what’s happening with their favourite artists, stay in the loop on the latest music news and engage with fans at concerts and festivals.

In Spring 2017, we spoke to Canadian music fans to get a pulse of how they’re using Twitter to enhance and extend their love of music. We learned that 96% of Canadians on Twitter are interested in music with 83% of those enjoying different genres of music.

73% of Canadian music fans on Twitter use it to keep up to date with artists they like. In fact, Canada’s five most followed accounts are all Canadian solo artists.

These are the 10 most followed Canadian artists on Twitter:

Twitter is also home to millions of Canadian concert goers with two-thirds of Canadians on Twitter stating that they happy to spend money to attend live music events.

With the summer festival season now underway, the service will be abuzz with photos, videos and reactions to our country’s biggest music festivals.

From January 1 to May 26, 2017, these were the 10 upcoming Canadian music festivals with the most mentions on Twitter:

Use Twitter to join the conversation about your favourite Canadian music festivals this summer and your top Canadian artists year-round. 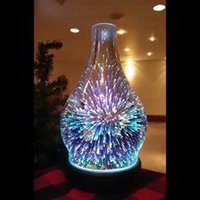