The Dx3 conference (@Dx3canada) is a calendar cornerstone for Toronto’s digital marketing, retail and advertising communities.

Twitter Canada was very much in the mix at Dx3 this year with our own Leanne Gibson (@leannekgibson) hosting a Twitter bootcamp for eager attendees. Here are five key takeaways that demonstrate how, and why, millions of Canadians turn to Twitter to find out #WhatsHappening in their world every day.

More than 15 million Canadians use Twitter every month. That translates to 49.7% of Canada’s online population. Of this group, close to half (44%) check Twitter constantly, meaning they check in, consume and engage multiple times a day.

While Twitter is popular with Canadians around the clock, it’s during the evening that’s proven to be the most popular time amongst  Canadian users. 46% of Canadians on Twitter say they use the platform regularly between the hours of 6:00pm and 9:00pm.

The Canadian audience on Twitter is a premium one for our partners. Half of Canadian Twitter users are under 35. They are also 45% more likely to post opinions about brands and products than other social media users. This aligns well with the top reason that Canadians come to Twitter: to discover something new and interesting. Translated, the Canadian Twitter user is very much in the discovery mindset.

Twitter is the #1 place to find out what’s happening in the world. 64% of Canadian millennials (18-35) use Twitter to find out about trending news. That’s significantly higher than any other platform.

For the latest updates on #WhatHappening on Twitter in 2018 and beyond, follow @TwitterCanada and make sure to check out the Twitter Marketing blog for more insights and brand case studies. 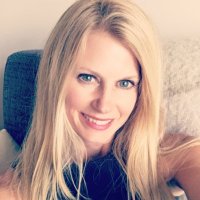