Boxing great Ricky Hatton MBE has been away from the ring for three years - and this weekend is the moment fans have been waiting for as he stages his hotly-anticipated comeback. And as well as causing a stir in the boxing ring, @HitmanHatton has been knocking out the competition on Twitter too.

Ahead of his bout with Yvacheslav Senchenko on Saturday night, Hatton’s been using the support of almost 200,000 Twitter fans to help him build up to the clash. Back in October he changed his Twitter name to reflect his nickname in the ring - @HitmanHatton, and has taken his army of fans with him on his journey from retirement back to competition.

This morning Hatton exclusively revealed his newly designed shorts, complete with his Twitter handle sewn into them: 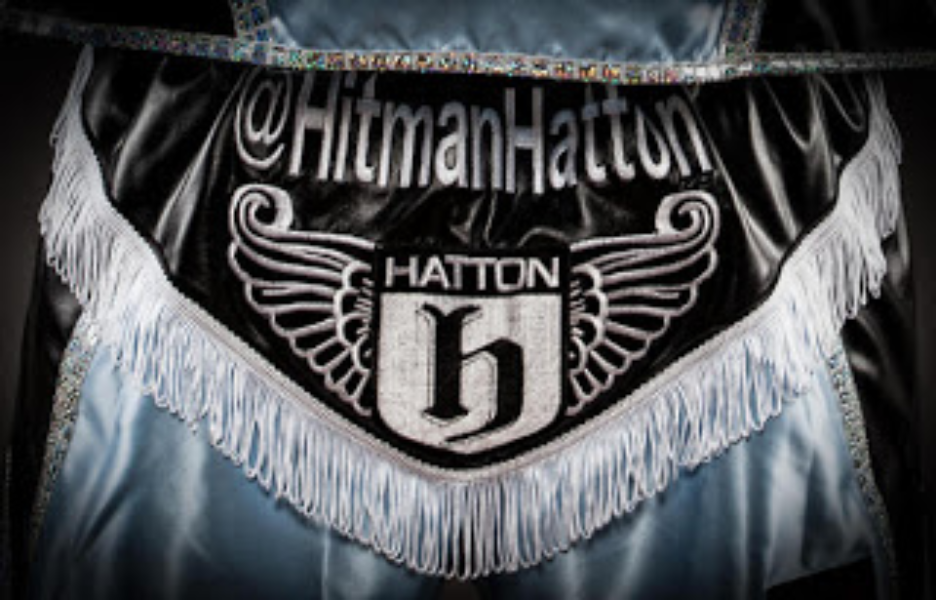 When he dons his kit on Saturday night (designed by Suzi Wong @suz1wong), he’ll become the first ever UK athlete to compete in a major live televised sports event adorned with his Twitter handle.

Hatton admits that after three years in retirement, it’s been a road back to boxing which has had its ups and downs. During that journey his Twitter followers have been first to see breaking news, have taken part in Q&As with Ricky using the hashtag #AskRicky, and have seen behind-the-scenes pics as he prepares for his big day.

He also used Twitter to break the news of which TV network the fight would be on:

Thrilled to announce my fight with Senchenko will be broadcast live on Primetime @ primetimeliveuk. It’s going to be massive! #HitmanIsBack
— Ricky Hatton MBE ( @HitmanHatton) October 25, 2012

And in a boxing first, Tweets sent to hashtag #RickysCorner have been made into posters and placed on the walls of Hatton’s gym to motivate him in the final days before the fight. He’ll be signing the posters and giving them to the person who sent the Tweet. You can see a gallery of the motivational #RickysCorner tweets here.

Graeme Harrison (@graeme_harrison), Head of Digital at @FastTrackAgency, has been working with Hatton on his comeback. He said: “Ricky always has and always will be a boxer who is close to his fans. However, Twitter enabled Ricky to engage and build deeper connections.

“Throughout his comeback campaign, everything that we did was aimed at creating a greater interaction with his fans and redeeming Ricky in the eyes of the general public.

“#RickysCorner allowed us to take something “virtual” (a Tweet) and make it physical (a poster) which Ricky would then sign and send back to his fans. This gives his fans something that money can’t buy, a set of posters that motivate Ricky and helps communicate Ricky’s key message to fans and the wider audience.”

There’s still time to follow @HitmanHatton ahead of the fight, and cheer him on using the main hashtag for the event: #HitmanIsBack. From all of us at @TwitterUK, good luck Ricky. We’re definitely in #RickysCorner.